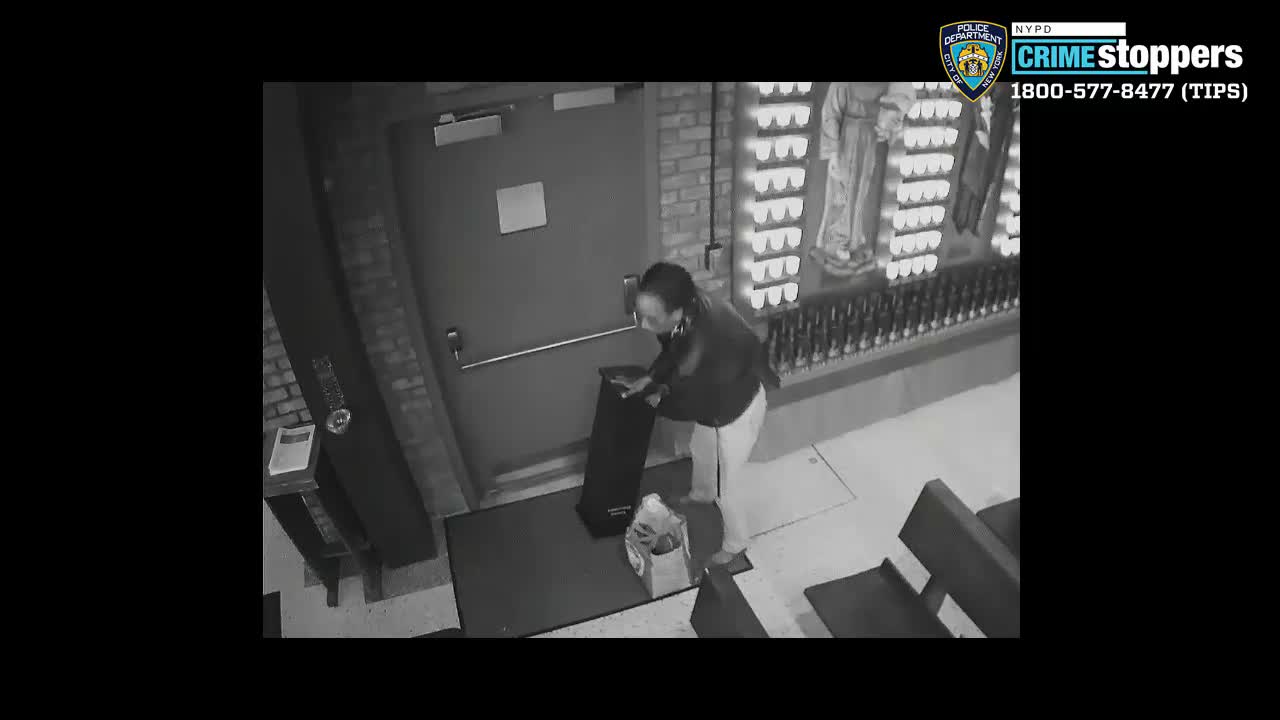 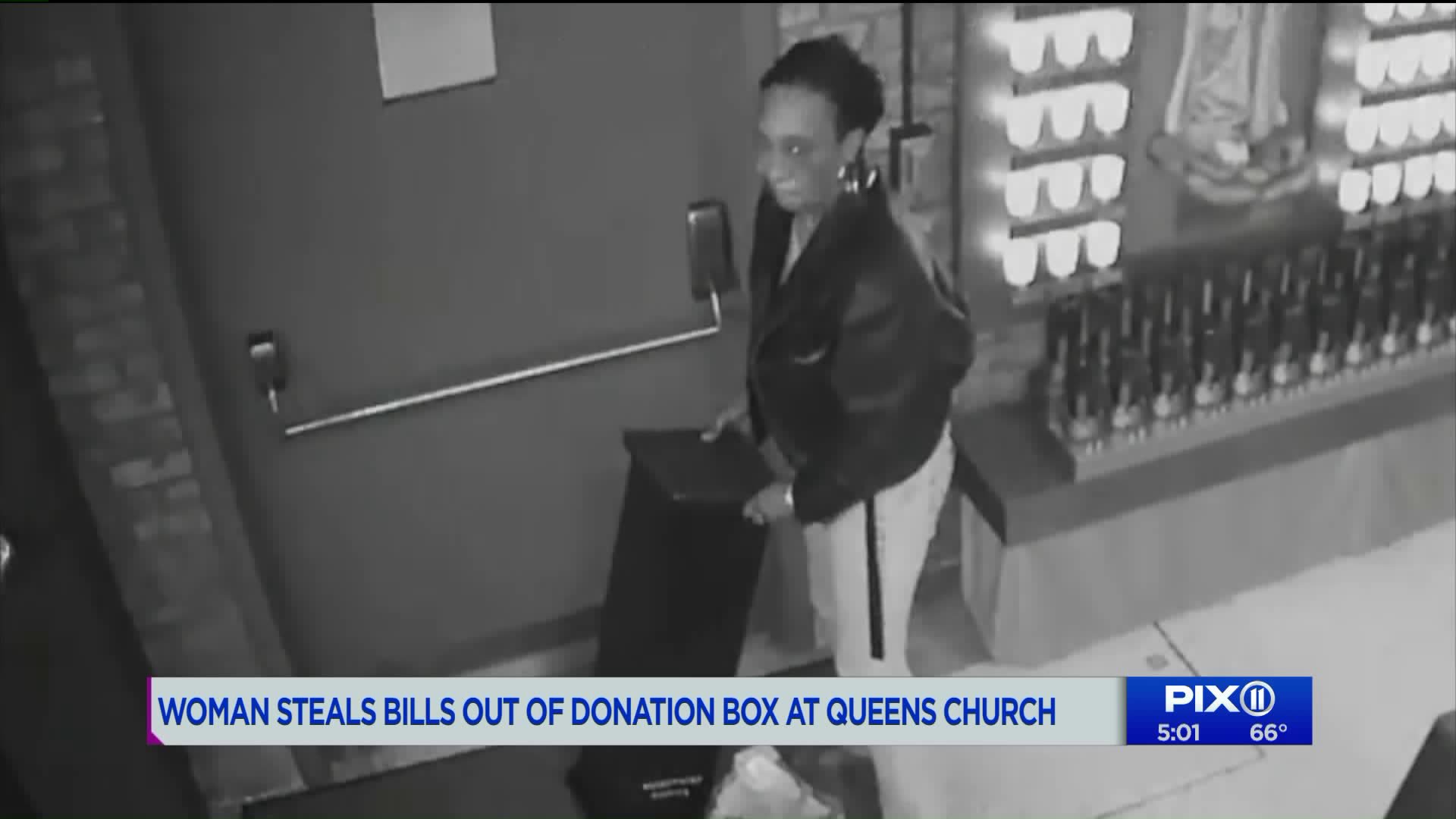 HOWARD BEACH, Queens— Police are searching for a duo who burglarized a Catholic church in Queens, police said Saturday.

Once the church's door was broken, a woman entered and removed about $400 from four separate donation boxes inside, according to police.

Surveillance video released by the NYPD showed a woman , dressed in a dark- colored jacket and light- colored pants, pulling cash from the bottom portion  of the donation box

The man is described as being in his lats 30s and the female in her 40s.