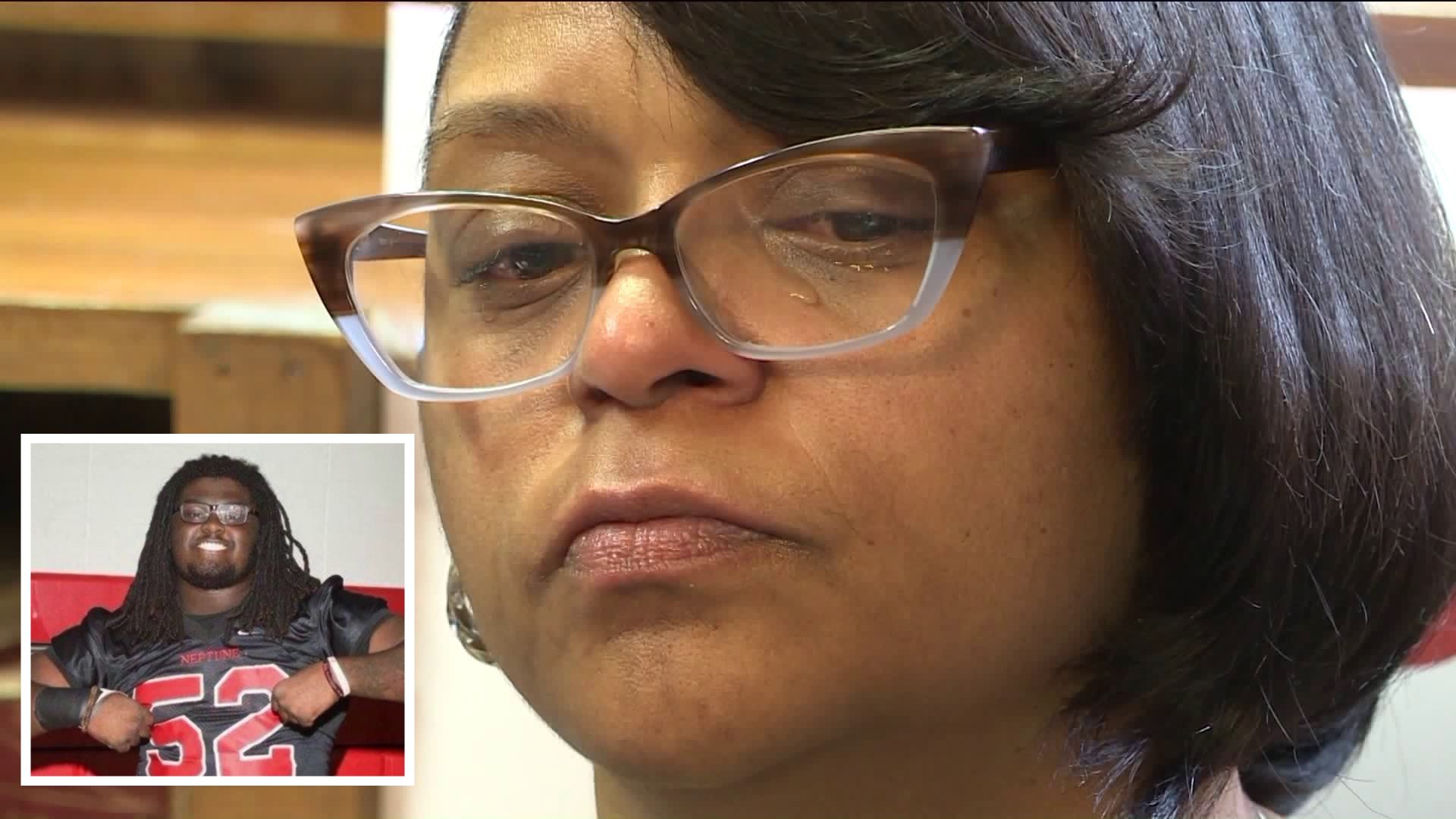 Joanne Atkins-Ingram of Neptune, New Jersey, and her attorney say they are still being stonewalled by Garden City Community College in Garden City, Kansas, where her son died last August after his first practice on a football scholarship.

NEPTUNE, N.J. — Joanne Atkins-Ingram and her attorney say they are still being stonewalled by Garden City Community College in Garden City, Kansas, where her son died last August after his first practice on a football scholarship.

Atkins-Ingram, of Neptune, said her son had a physical before he left and everything checked out, but Braeden Bradford died from a heat stroke after the practice ended. The mother traveled to the school and found out from other football players that Braeden was denied water during sprint drills and that he was struggling, perhaps even delirious.

"We know that he walked off and they were calling him and he never responded," she said.

He was found outside his dorm room and was pronounced dead at an area hospital.

"They never called to say he was in crisis or in route to the hospital," said Atkins-Ingram, who awoke to a phone call two hours after her son died. "From what we understand, Braeden was found at 9:45 p.m. [but] 911 wasn’t called until 10:04 p.m."

Bradforth was 6 foot, 4 inches tall, and 305 pounds. He was recruited for his abilities as an offensive and defensive lineman.

Garden City Community College did conduct an internal investigation into what happened, but they have not disclosed their findings.

Atkins-Ingram's attorney, Jill Greene requested campus surveillance video, but learned seven months later that it had been recorded over.

New Jersey Congressman Chris Smith stepped in to demand answers from GCCC's President Ryan J. Ruda but he responded that: “…the college is not at liberty to speak further…”

"A mom wants to know what happened to her son," exclaimed Rep. Smith, who is planning to push for federal legislation and a report on how to deploy best practices to prevent or address student-athlete emergencies. And he wants an independent investigation.

"This is a mothers worst nightmare," Greene said. "What little we know we know from our own investigative work."

A spokesperson for GCCS who got back to PIX11 several days after this story initially aired called Bradforth's death "unfortunate and untimely" but stated they are unable to comment further due to a pending claim with the college's liability insurance carrier.