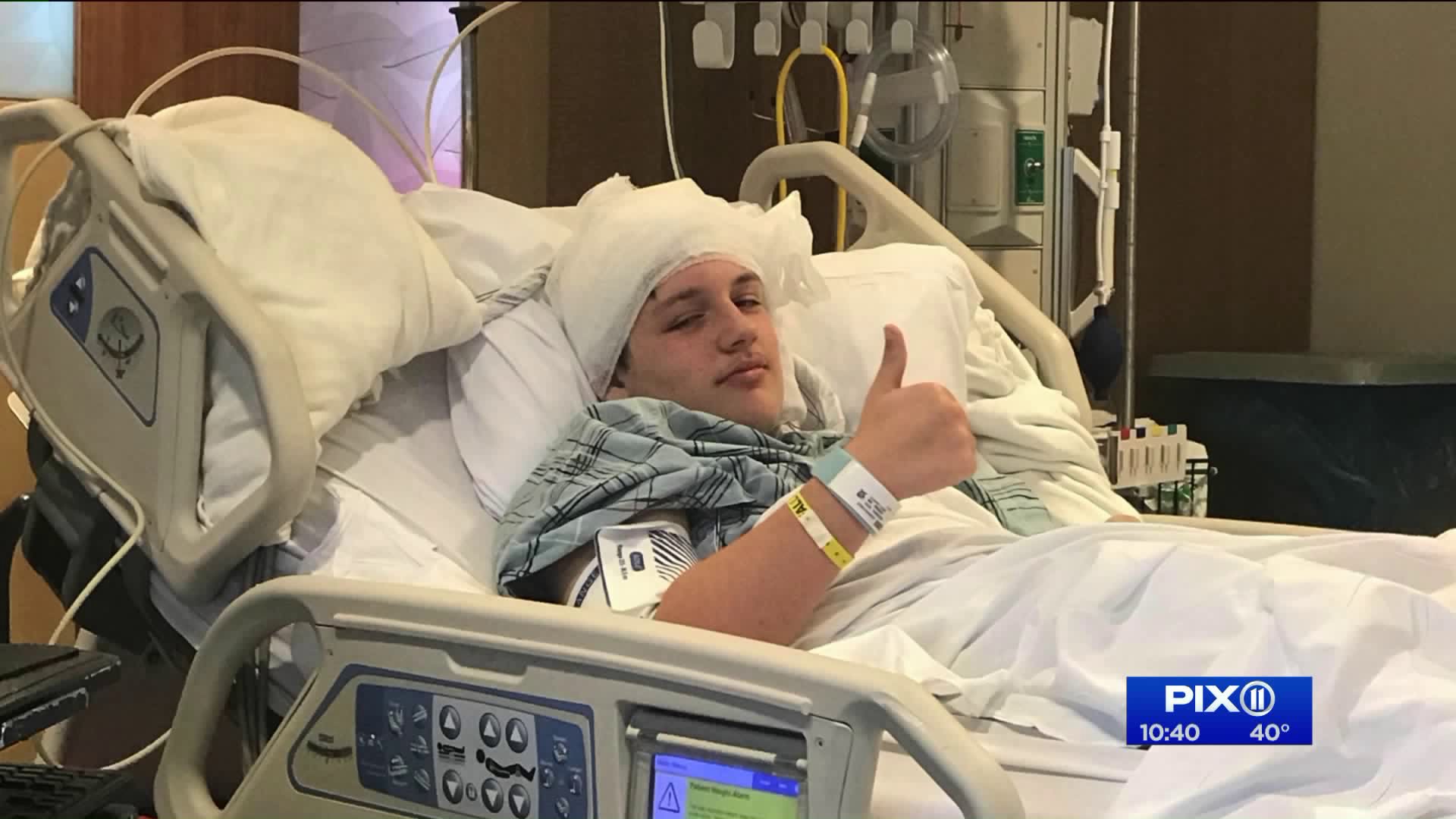 Find out how a new robot-assisted surgery is giving hope to one young boy who suffers from severe seizures and his family.

LONG ISLAND — A young boy who suffers from severe seizures is getting potentially life-changing help from a robot named Rosa.

The groundbreaking surgery is happening at Cohen Children's Medical Center, which is the only hospital on Long Island that has this precision tool for seizure treatment.

Louis Clappi had his first seizure when he was 12 years old. He was rushed to the hospital where he continued to have seizures.

In an effort to relax the brain, he was sedated for two weeks. His mother Jo-Ann says it was a troubling time. “I felt helpless and I kept praying put me in this bed, put me in there don't do this to my child," she said.

Since then, Louis has been on four medications, which have slowed him down. Dr. Shaun Rodgers, who has been treating Louis, is now leading ground-breaking surgery which uses Rosa the robot, and Louis was his first patient.

“The robot guides us into really precise locations, to place electrodes into the brain in order to capture where seizures are coming from," Rodgers said.

Prior to Rosa, neurosurgeons would have to remove part of the skull to place the electrodes in the brain, which was invasive and could take up to eight hours. The less-invasive surgery with Rosa reduced that to just two hours.

Now that the electrodes are collecting data on Louis, Cohen's team of doctors are analyzing what's next.  They'll zone in on the frontal lobe, in which they suspect the seizures are coming from, and excise that area.

The goal is to eliminate the seizures completely, or reduce them so that Louis can also reduce the amount of medication he has to take, and start resuming life as he knew it.