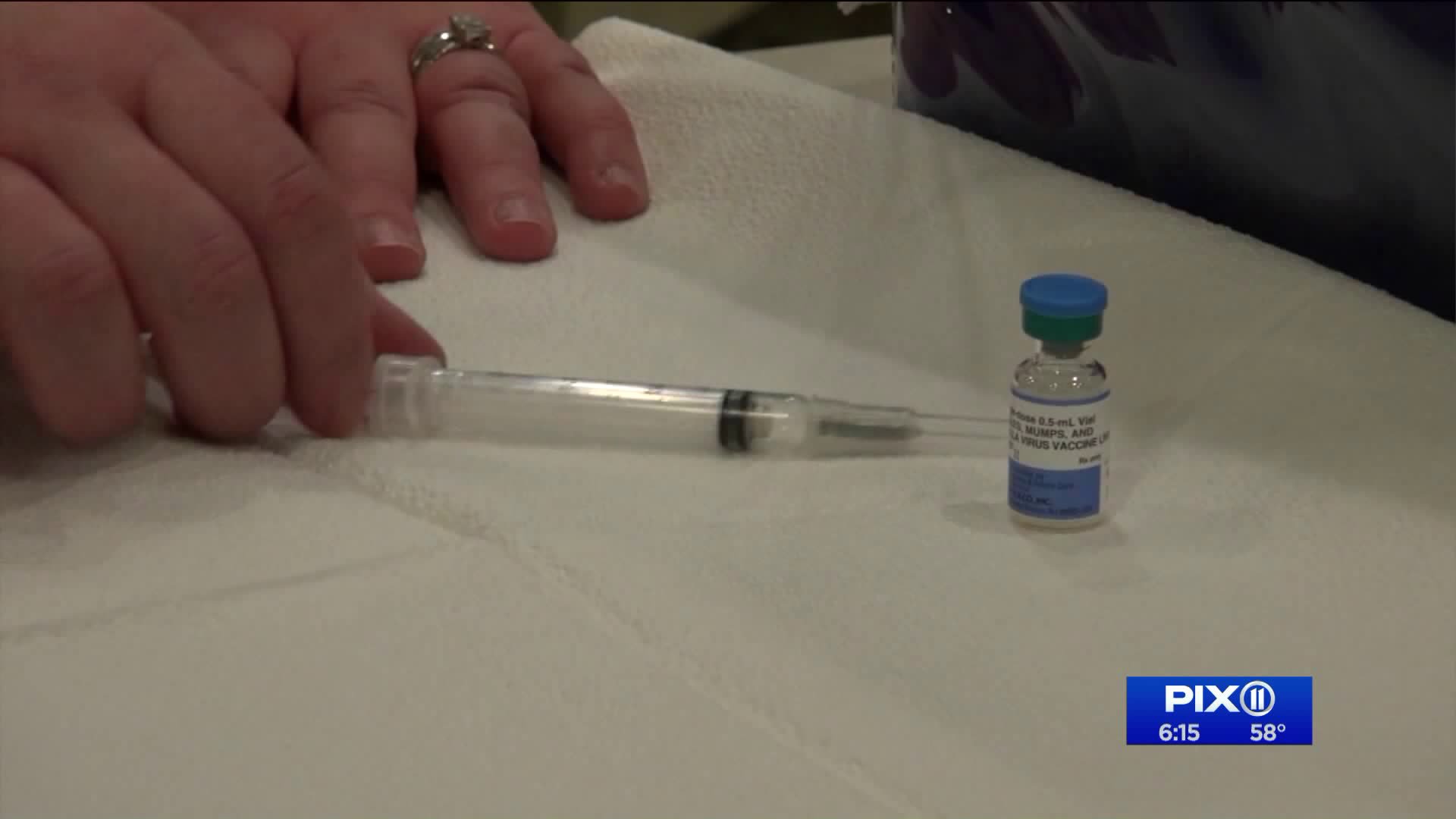 Currently, there is a measles outbreak in the ultra Orthodox communities in Rockland County and in New York City. According to New York State, there are now 259 documented cases of measles in Brooklyn and Queens and 161 in Rockland County.

As the measles outbreak grows, there is push in New York to end the religious exemption for vaccines.

"I have seen kids die of measles. I don't ever want to see that again," Dr. Sheila Palevsky said.

The doctor joined state lawmakers at a press conference Thursday to discuss legislation that would change state vaccine laws. Only people with valid medical conditions would be allowed to skip vaccines.

Currently, there is a measles outbreak in the ultra Orthodox communities in Rockland County and in New York City. According to New York State, there are now 259 documented cases of measles in Brooklyn and Queens and 161 in Rockland County.

"There is nothing in the religions that suggest children should not be vaccinated," Assemblyman Jeffrey Dinowitz said.

Yosef Rapaport, a community activist in Borough Park, said he believes parents are hiding behind the religious exemption.

"Those who don't vaccinate in the orthodox community, it's not a result of some rabbi saying this. They are, I call them, victims of false propaganda," he said.

PIX11 News tried to talk to parents in Borough Park Thursday afternoon. No one would appear on camera. One woman said off camera that some don't vaccinate because they think the vaccines are not safe.

"Now we face the threat of our own communities. Parents are being misled by the peddlers of junk science who are saying that vaccinations are harmful and worse, are against their tenants of their beliefs," State Senator Brad Hoylman said.

In late March, the Rockland County Executive issued an executive order that banned unvaccinated children from public places. Since then, lawsuits have already been filed challenging this. But the executive order is working, State Senator David Carlucci said. People are getting vaccinated.

"Seven hundred people since the order was declared a week ago," Carlucci said.

Lawmakers said this new legislation would close a loophole that is putting New Yorkers at risk.