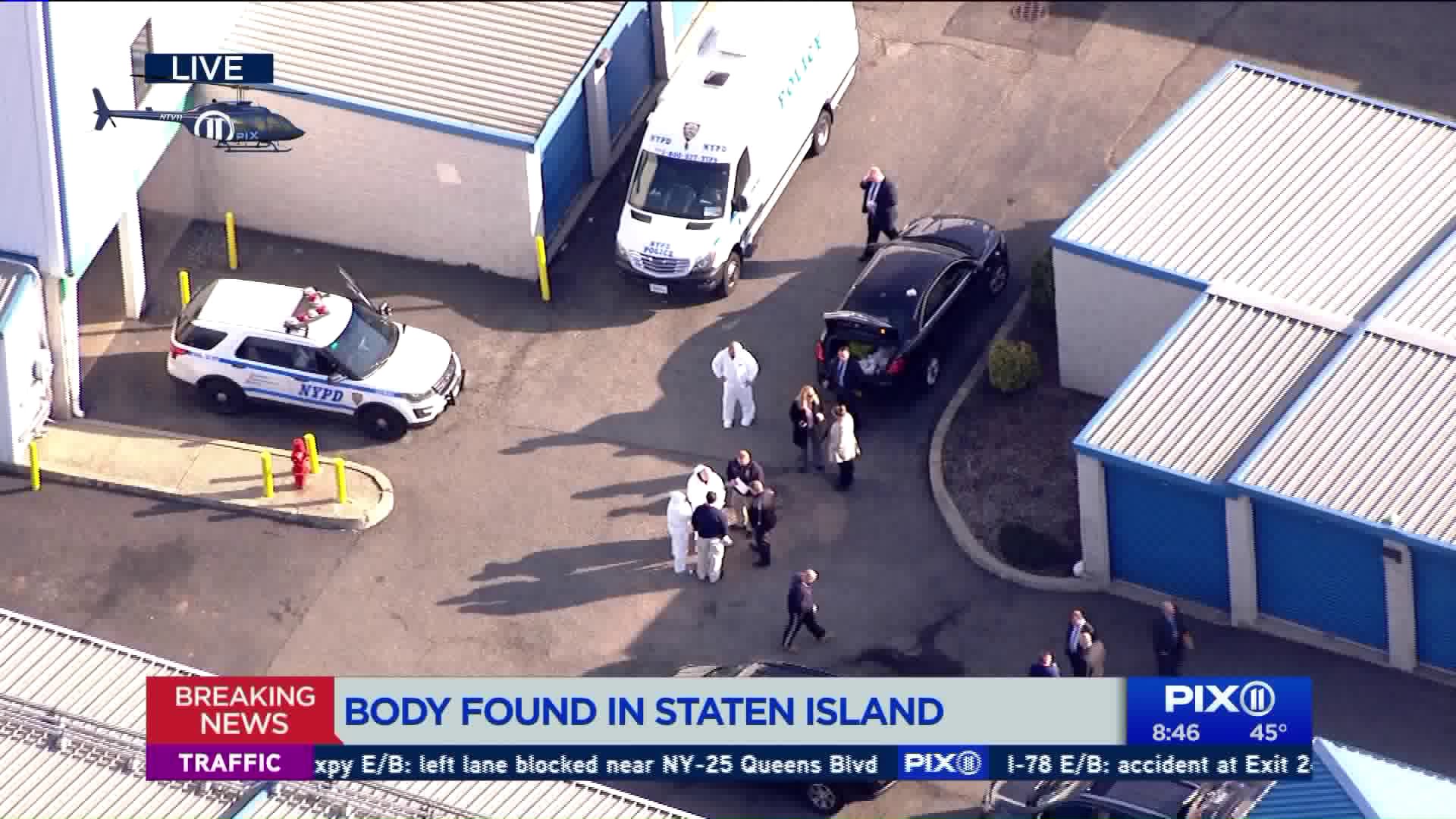 Human remains have been found at a State Island storage facility, police said Thursday. The remains have not been identified, and police would not speculate if the person found is missing Staten Island teacher Jeanine Cammarata. 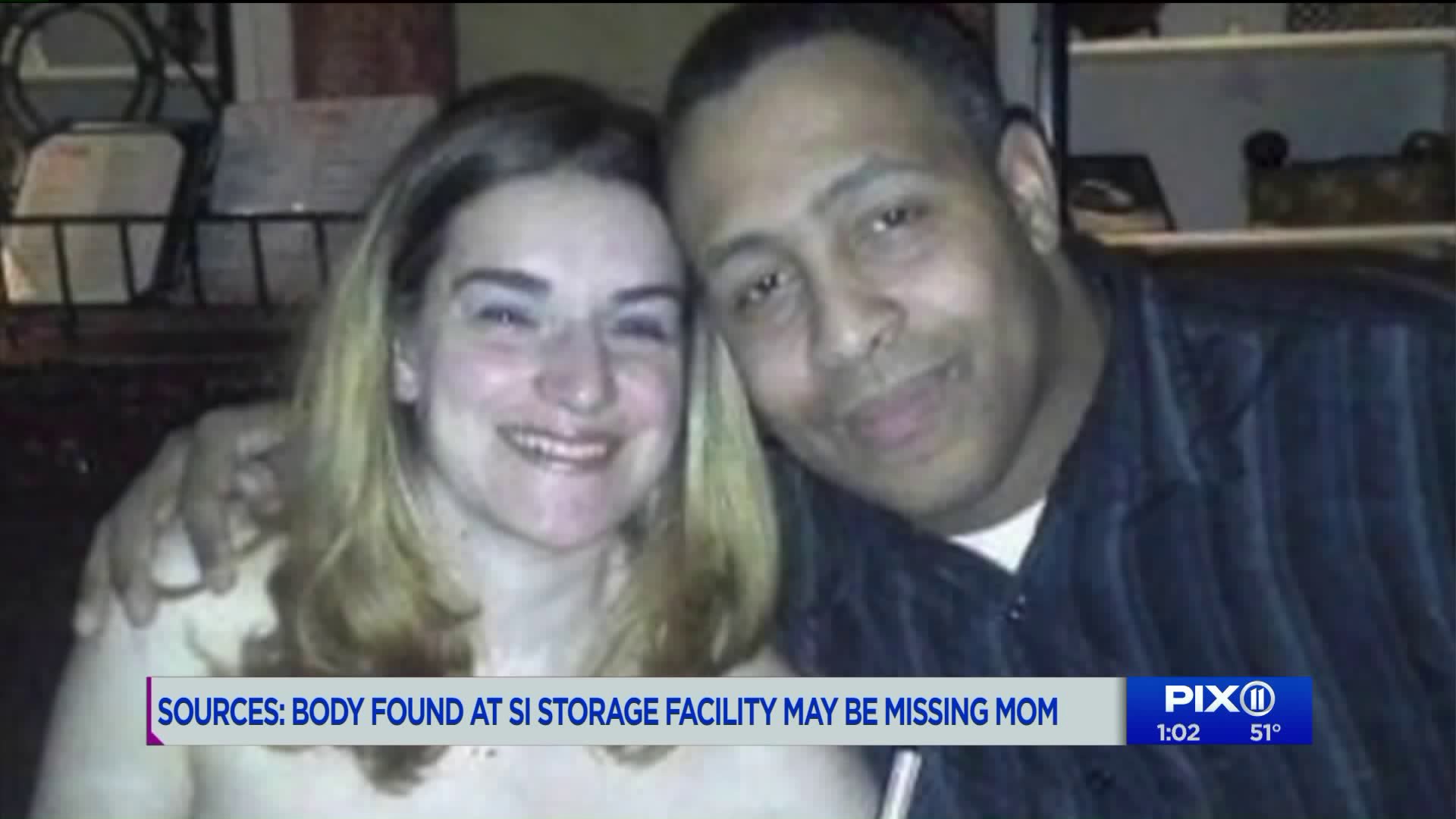 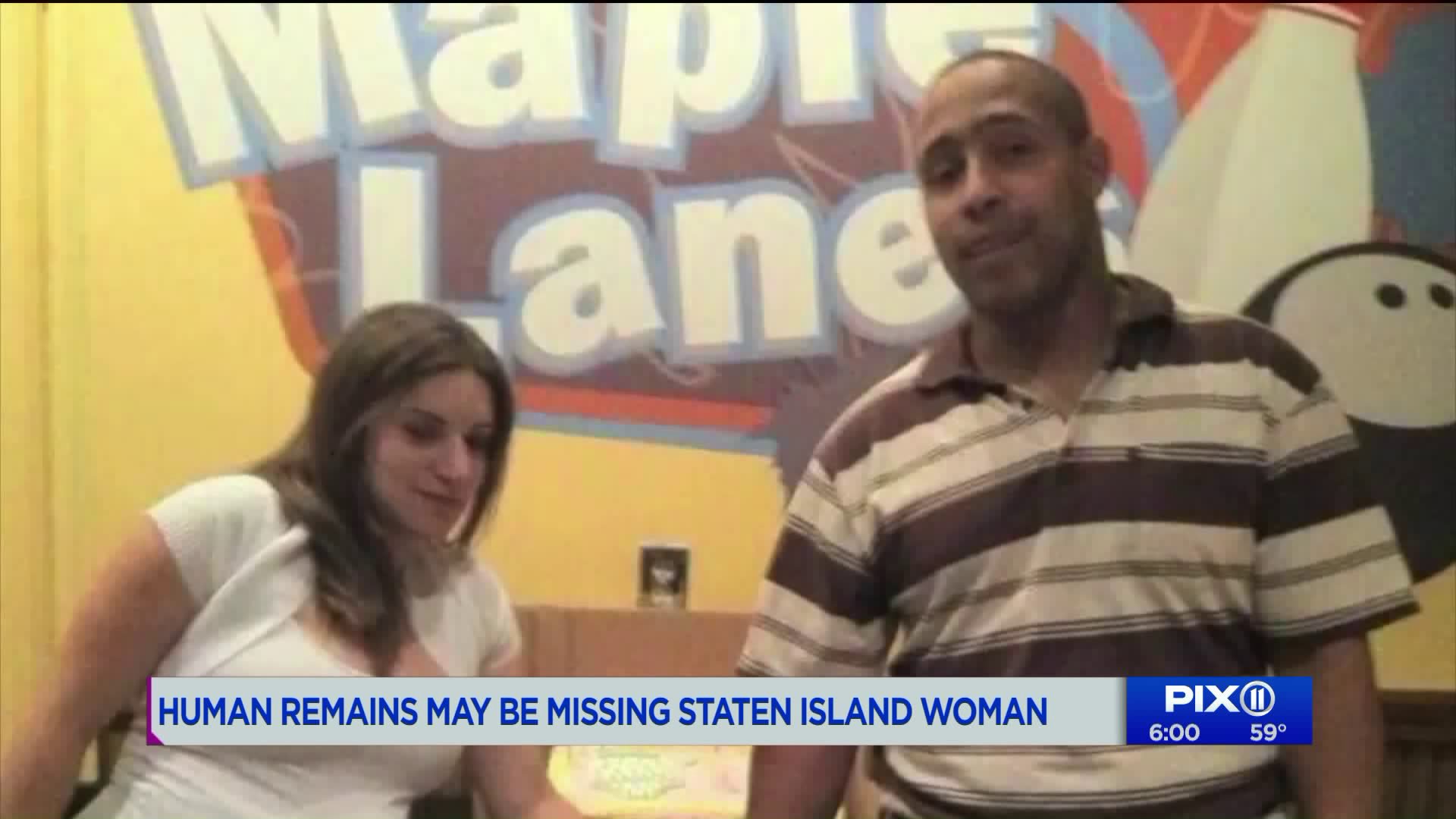 The body was located at Extra Space Storage at 7 Arden Ave., officials said. Police confirm that they are officially investigating the grisly find in relation to the Cammarata case.

"With the discovery of these human remains, the investigation has taken a turn into a murder investigation," said Asst. Chief William Aubry at a news conference on Thursday afternoon.

The 37-year-old mother of three was last seen Saturday night at her boyfriend's home on McVeigh Avenue. Cammarata's estranged husband, Michael Cammarata, has since been taken into police custody on charges of assault and stalking. At this point, the charges against the husband are not directly related to her disappearance, police said.

A law enforcement source said surveillance footage tied Michael Cammarata to that storage facility on Arden Avenue. The remains at the facility were in a large plastic bag. They were burned beyond recognition, according to police.  The medical examiner's office is now performing an autopsy to determine the identity, as well as cause of death.

Cammarata drove from her boyfriend's home the night of her disappearance to the apartment of her estranged husband under dangerous circumstances, according to her attorney, who was supposed to represent her in a potentially contentious divorce and custody proceeding on Monday, for which Jeanine Cammarata never appeared.

"I  believe he probably baited her," said attorney Eric Gansberg, "because she was afraid of him."

He said she was "terrified of him."

Gansberg was hired by Jeanine Cammarata late last year. She informed her attorney that she left her marital residence in mid-2017 "due to domestic violence."

NYPD vehicles are at a Staten Island storage facility where a human remains were found on April 4, 2019. (AIR11)

There was no legal custody arrangement between Cammarata and her estranged husband, and she was content with having her children live with him in a house they were familiar with, Gansberg said.

Jeanine Cammarata, a teacher since last October, also has a second job at a Dollar Tree on Victory Boulevard. She has not been at that job, or at her main job teaching first grade P.S. 29, all week.

Michael Cammarata was mentioned frequently in texts between Jeanine Cammarata's cellphone and that of her best friend, Jessica Pobega over the past few days.

In the texts, she says "I am with Mike and the children," among other messages that were meant to reassure, but when Jeanine Cammarata did not call and talk with her best friend, as requested, Pobega questioned, via text, if it was indeed her friend texting her back.

"It's me," read the responding text from Jeanine's phone.

The NYPD said on Thursday that there is still a lot of work to be done in the murder investigation.  At this point, nobody is charged for the crime.