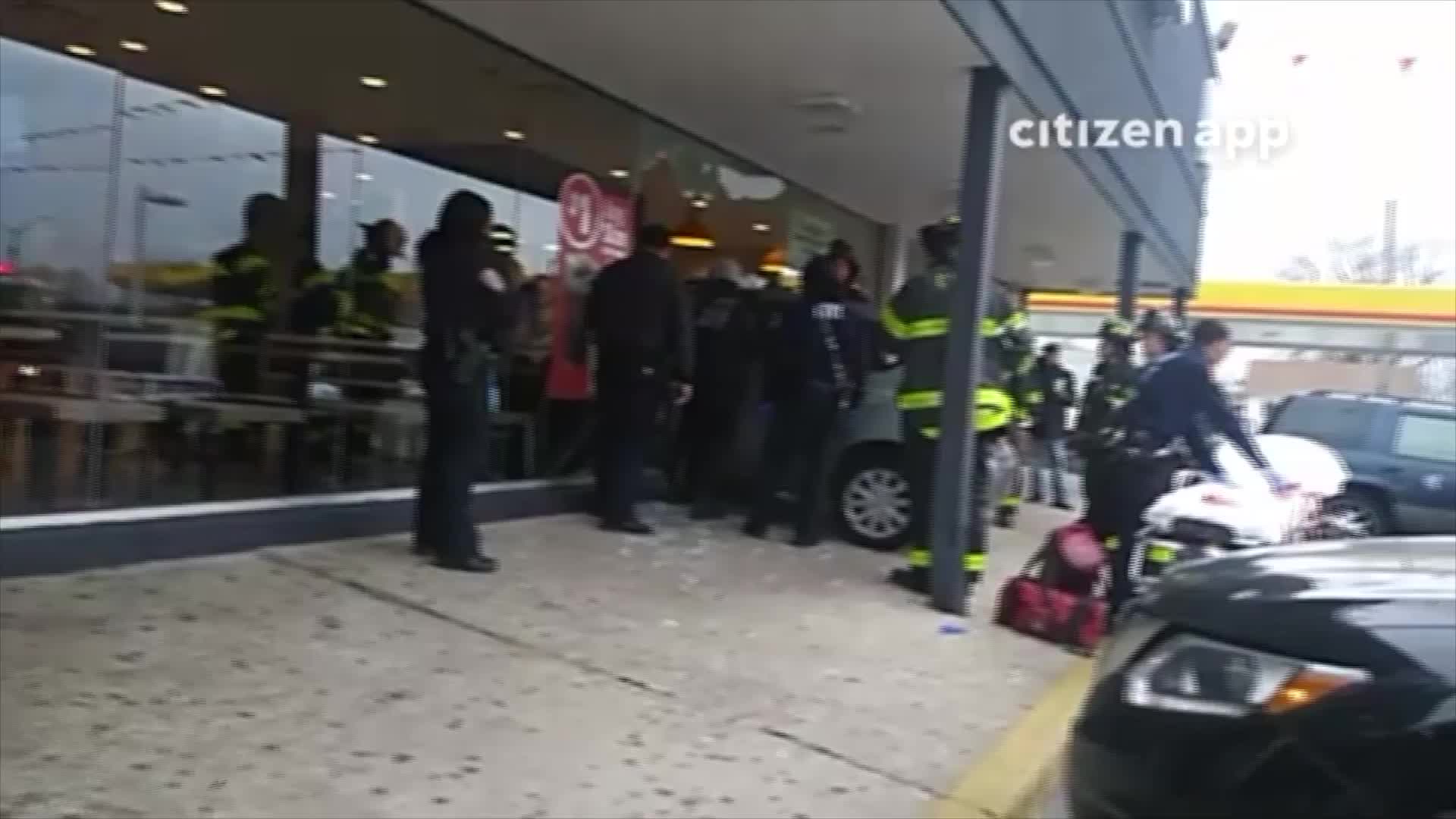 CANARSIE, Brooklyn — A person was injured when a van crashed through the window of a McDonald's in Brooklyn, police said Friday.

The incident happened around 8:40 a.m. at a McDonald's located at 2028 Rockaway Parkway.

The silver van careened through the front window of the burger restaurant, sending glass throughout the restaurant, FDNY said.

The aftermath of the crash, which was captured by the Citizen App, reveals the body a silver van stopped halfway inside of the restaurant, with glass strewn across the floors and tables.

Officials removed the vehicle from the restaurant by reversing it into the parking lot through the shattered window, cellphone video showed.

One person was transported to the hospital in an unknown condition.

It’s unclear if the person injured was the driver or a restaurant patron.

The cause of the crash remains under investigation.