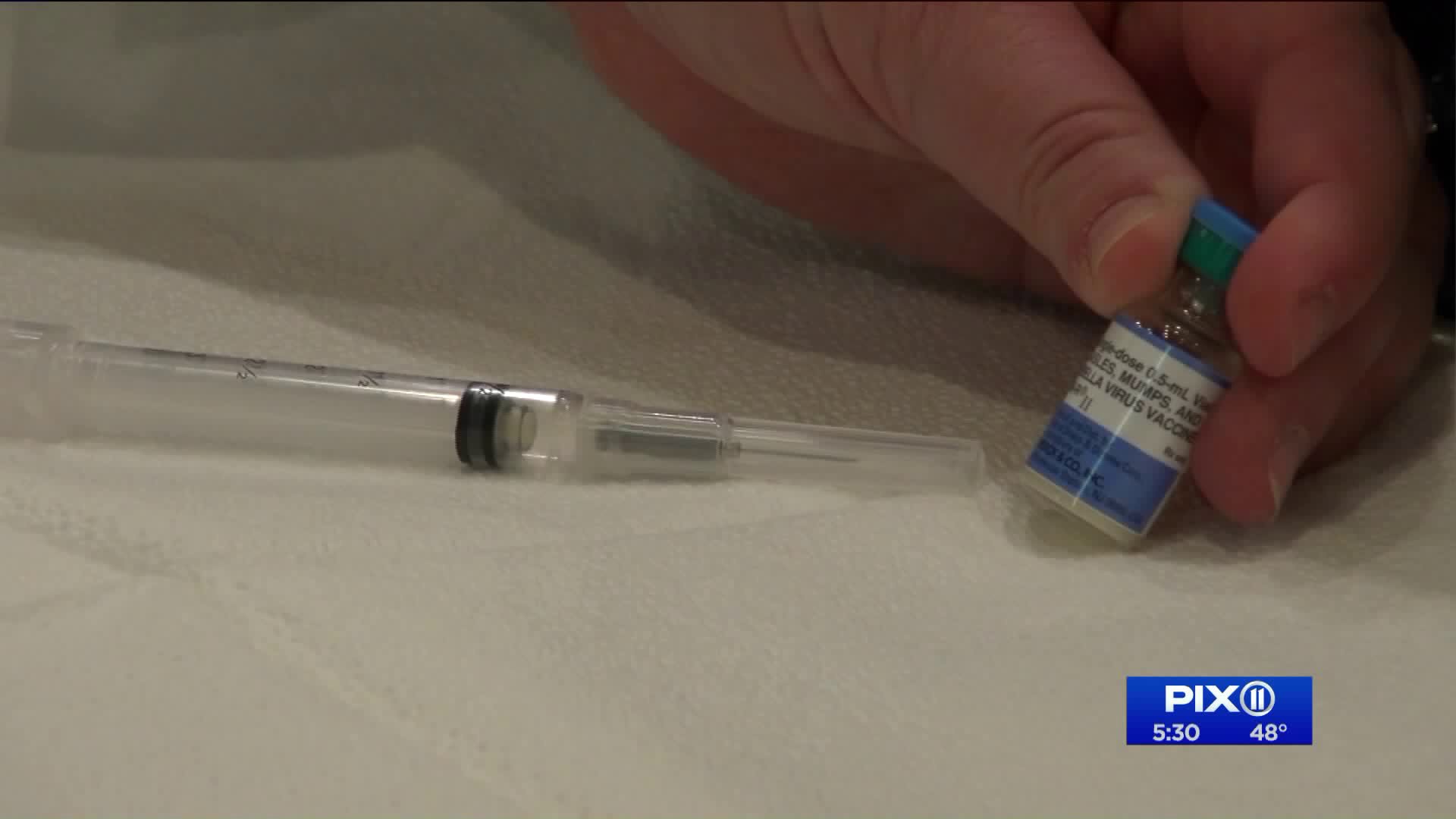 Some who gathered said the ban is a violation of their civil or religious rights. Others said the media distorts the dangers of the measles vaccine or that the government has no right to mandate what you must put into your body including vaccines.

WEST NYACK -- Parents, and others, conducted a sit-in at the Palisades Center West Nyack Thursday morning over the county’s order barring children who have not been vaccinated for the measles from public places.

"This is about standing in solidarity with parents who are afraid to leave their homes because healthy children are being quarantined," Rita Palma said.

Some who gathered said the ban is a violation of their civil or religious rights. Others said the media distorts the dangers of the measles vaccine or that the government has no right to mandate what you must put into your body — including vaccines.

"The media has spun this every single time as crazy moms," Stephanie Maharas, who did not wish to give the correct spelling of her name. "My son got the measles from the MMR vaccine."

The Centers for Disease Control says the vaccine is safe, but that there are rare cases when it can cause serious side effects.

The ban that began yesterday in Rockland County bars anyone who is under 18 years old who has not been vaccinated from the measles from entering shopping malls, schools, public transportation, houses of worship and other public places.

"This is a persecution of religion as well because the ingredients in these vaccines are not acceptable to a lot of the other faiths," Steve Urow said.

Rockland County has a large orthodox Jewish population, where the outbreak has spread.

"The fact that we got nearly 17,000 young people immunized in a largely orthodox community tells us it is not a religious exemption," said Rockland County Executive Ed Day at a press conference where he announced the ban on Tuesday.

A mom whose 14-year-old son attends high school in Pearl River stated at today's event that her son has been barred from the building.

"I have a medical exemption! Why is my child out of school?" Jean Flynn said.

"As far as medical issues, we made it very clear, if you are medically challenged in any way shape or form and a doctor has documented that, you are exempt from this," stated Executive Day.

The number of confirmed measles cases in Rockland grew today by one, now at 156 total. Most of the sick are children.

The CDC states measles can cause serious health problems for children under the age of five, including brain damage or even death.