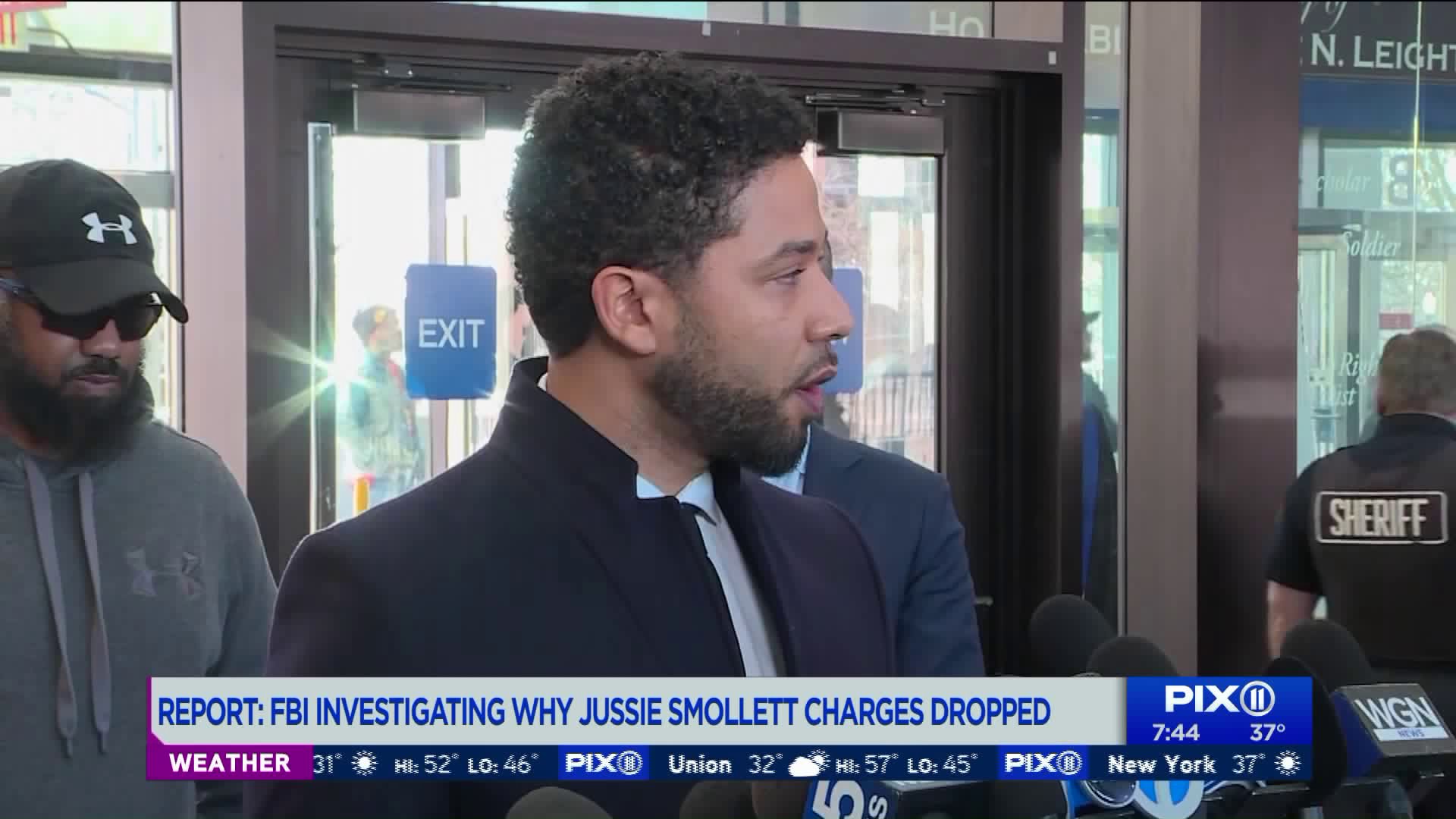 Before the president weighed in, the dropping of charges against actor Jussie Smollett has sparked swift backlash from various groups and accusations from his attorney of a "smear campaign" by the Chicago Police Department.

FBI & DOJ to review the outrageous Jussie Smollett case in Chicago. It is an embarrassment to our Nation!

All charges against Smollett, who was accused of staging an assault on himself in Chicago, were dropped on Tuesday after the "Empire" actor forfeited his bail money and did community service. The prosecutor, First Assistant State's Attorney Joe Magats, said thousands of cases have similar resolutions.

But, the sudden dismissal drew the ire of city officials, and the court's decision to seal the records in the case angered many observers.

Chicago Mayor Rahm Emanuel told CNN's Wolf Blitzer that if Smollett were not an actor with influence, he would have been held to a different standard.

And Republican State Representative Michael McAuliffe released a statement on Tuesday announcing plans to introduce legislation this week to prohibit any production with Smollett from receiving the Illinois Film Tax Credits.

"A lot of valuable Chicago Police Department (CPD) man hours and resources were wasted chasing down a bogus crime arranged by Smollett," McAuliffe said in the statement. "He has cost Chicago a lot more than a $10,000 bond. Smollett should not be able to get anything more from the City of Chicago or Illinois."

The Chicago police union has called for a federal investigation into Cook County State's Attorney Kim Foxx to evaluate her involvement in the case.

Meantime, Smollett's attorney, Patricia Brown Holmes, has accused the Chicago Police Department of running a "smear campaign" against her client.

"We are disappointed the local authorities have continued their campaign against Jussie Smollett after the charges against him have been dropped. The facts are clear," Holmes said in a statement. "The case is closed. No public official has the right to violate Mr. Smollett's due process rights,"

Chicago police released a portion of their investigative reports on Wednesday, but said there will be no more information to come.

The 61 pages were released in response to Freedom of Information Act requests from the media and do not appear to offer many major revelations about what investigators allege was Smollett's hoax.

They do, however, shed light on investigators' interactions with the brothers investigators say participated in staging the attack.

After the documents were made public, the police department was told that it was barred from releasing them by court order, CPD spokesman Anthony Guglielmi said on Twitter.

Although the charges against Smollett were dropped, Foxx said in an interview with CNN affiliate WLS that she had confidence that her office could have proved him guilty.

But Foxx told the outlet that a guilty verdict would not likely have led to a harsher consequence for the actor.

"If he's found guilty on a Class 4 (felony) the likelihood was he was going to get some type of, perhaps, restitution, community service, not prison," she said. "And so, if we can get to the same outcomes, if we get to the same measures of justice without going through the court process, we do that."

For instance, prosecutors often offer to drop drug possession charges if defendants agree to treatment and meetings, she said.

Foxx had recused herself from the case a week before charges were filed because of familiarity with a potential witness, a spokeswoman for her office said.

Foxx told the station that she understood the belief that Smollett got special treatment because of his celebrity status, and said the onus was on her office to explain that resolutions such as this are also available to "someone from the neighborhood."

...But other District Attorneys criticize the decision

The statement listed "observations" about the case, including that recusals of chief prosecutors should apply to the entire office, that prosecutors should not take advice from politically active friends of the accused, that alternative prosecution should include the defendant admitting culpability, and Smollett's record should not have been expunged immediately for the sake of transparency.

"Finally, we believe strongly that hate crimes should be prosecuted vigorously but the burden of proof should not be artificially increased due to the misguided decisions of others," the statement said.