Amtrak employee shoots supervisor then kills self in SUV in Queens: police 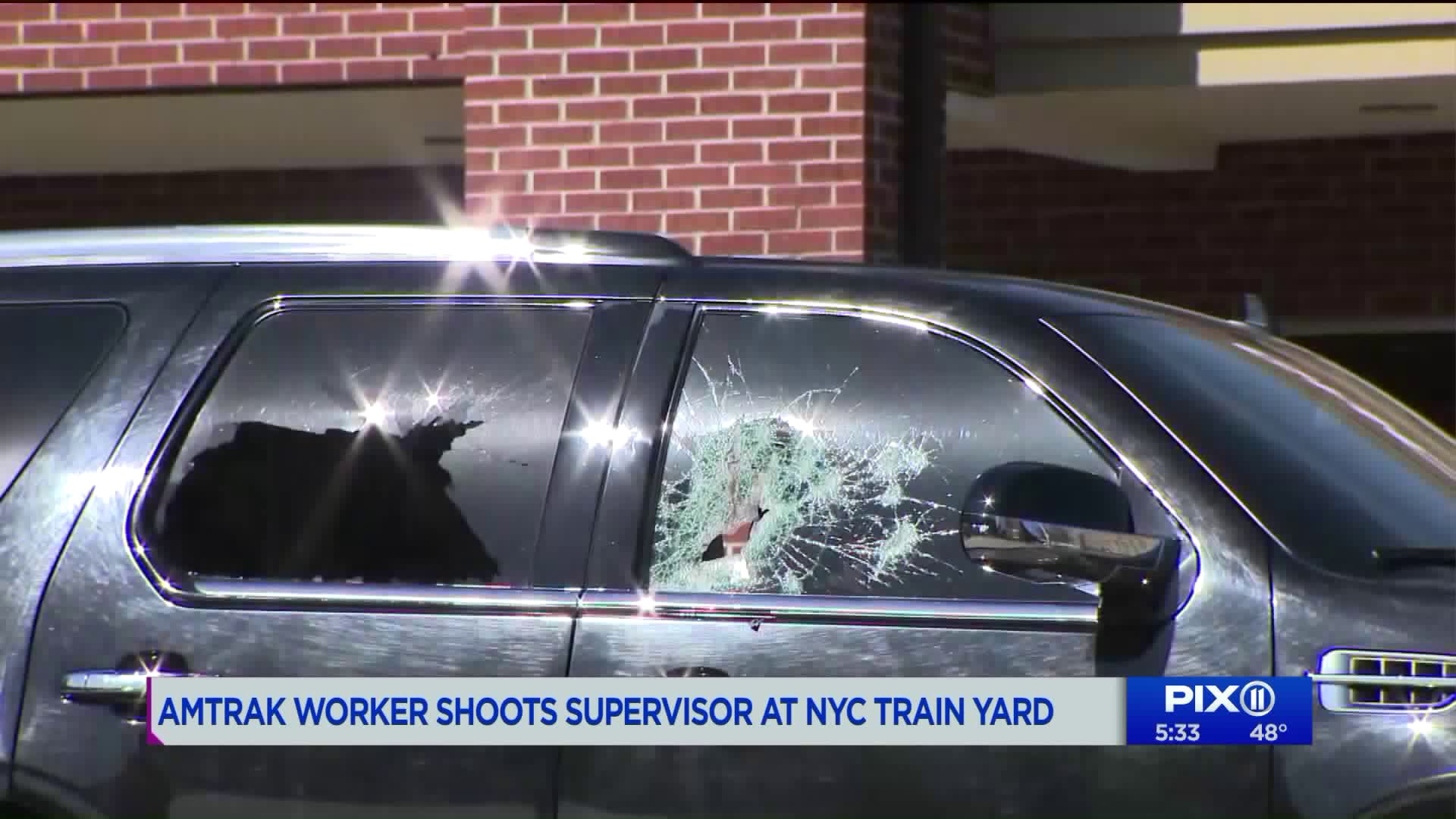 Following the verbal altercation, the supervisor and an unrelated employee got into a white SUV when the suspect, 48, opened fire at the SUV as it drove away, police said.

The incident happened in the vicinity of 39th Street and Skillman Avenue, near the Sunnyside Yard and Facility around 8 a.m., police said.

According to cops, a verbal dispute began between an Amtrak employee and his supervisor.

Following the verbal altercation, the supervisor and an unrelated employee got into a white SUV when the suspect, 48, opened fire at the SUV as it drove away, police said.

He drove off in a black SUV to a nearby parking lot outside a Rite Aid at 51st Street and Roosevelt Avenue and fatally shot himself, police said.

Police surrounded the vehicle and realized the suspect was dead.

The supervisor, 53, was taken to Elmhurst Hospital and is expected to survive, police said.

When PIX11 arrived on scene, a window of a black SUV appeared to have been shattered.

.@NYPDnews Appear to have smashed a window of an SUV involved in standoff in parking lot of a @riteaid and taken the suspect into custody.
this is connected to the shooting incident at Sunnyside Yards involving two @Amtrak employees this morning.
MORE: https://t.co/V9k8MCaJ1O pic.twitter.com/7csMZKbHhF

JUST IN: Police say the man in the black SUV in the @riteaid lot killed himself after shooting his supervisor in the leg at the Sunnyside Yards.
This is the moment the SWAT team approached his vehicle to find him dead.
VIDEO CREDIT: Cesar Villalobos Ochoa pic.twitter.com/kuBaftDeVu

A spokesperson for Amtrak says the company is working with NYPD during the investigation.

"Amtrak Police are working with NYPD investigating a shooting incident at our Sunnyside Yard location, an equipment and servicing facility in Queens, NY. One employee was transported to a local hospital with non-life-threatening injuries. The suspect is known, and a search for the suspect is ongoing.  The area has been secured by the Amtrak Police Department and NYPD. There is no impact to train operations."

No. 7 trains have resumed stopping at 52nd Street in both directions following NYPD activity on the street level, the MTA tweeted.