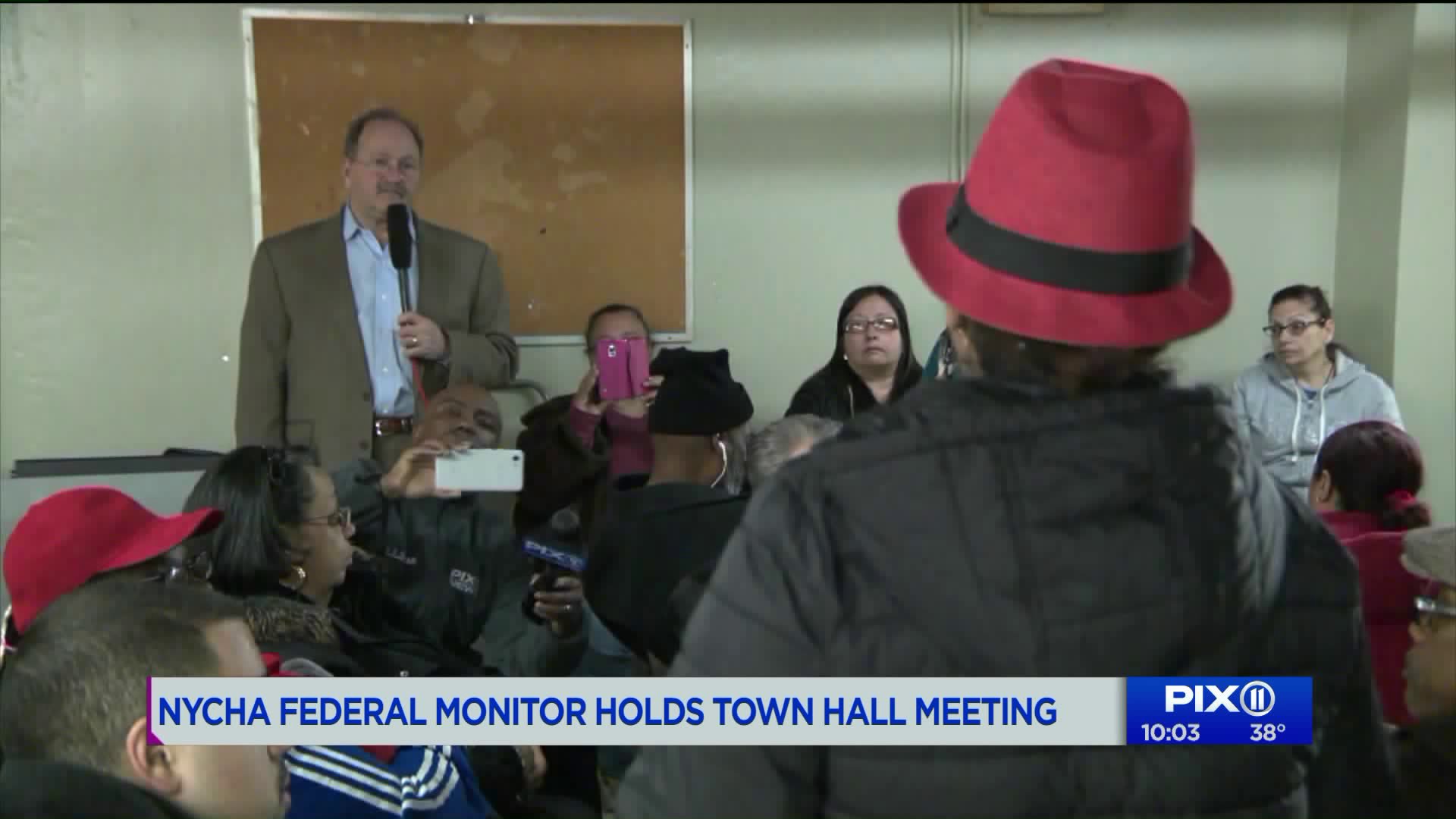 Bart Schwartz, the federal monitor for New York City`s massive public housing system made his first public appearance Wednesday evening at the Douglass Houses on Manhattan`s Upper West Side. The monitor is tasked with handling problems including garbage, rats, broken doors, lead and sluggish repairs in the New York City Housing Authority. Tenants hope he can fix NYCHA, but some longtime residents are skeptical.

"They say one thing and then nothing happens," he said. "I'll believe it when I see it."

He was one of several dozen residents who met with Scwartz, a Brooklyn native.

"I'm not proud of the way all of you have been treated," Schwartz said. "I'm glad I was chosen and I'm glad I have some opportunity to help."

Schwartz said his job will involve looking at how money is spent and making sure it's spent properly and efficiently.

He was picked after Mayor Bill de Blasio and U.S. Housing Secretary Ben Carson reached a deal to keep the city's massive public housing system out of federal receivership.