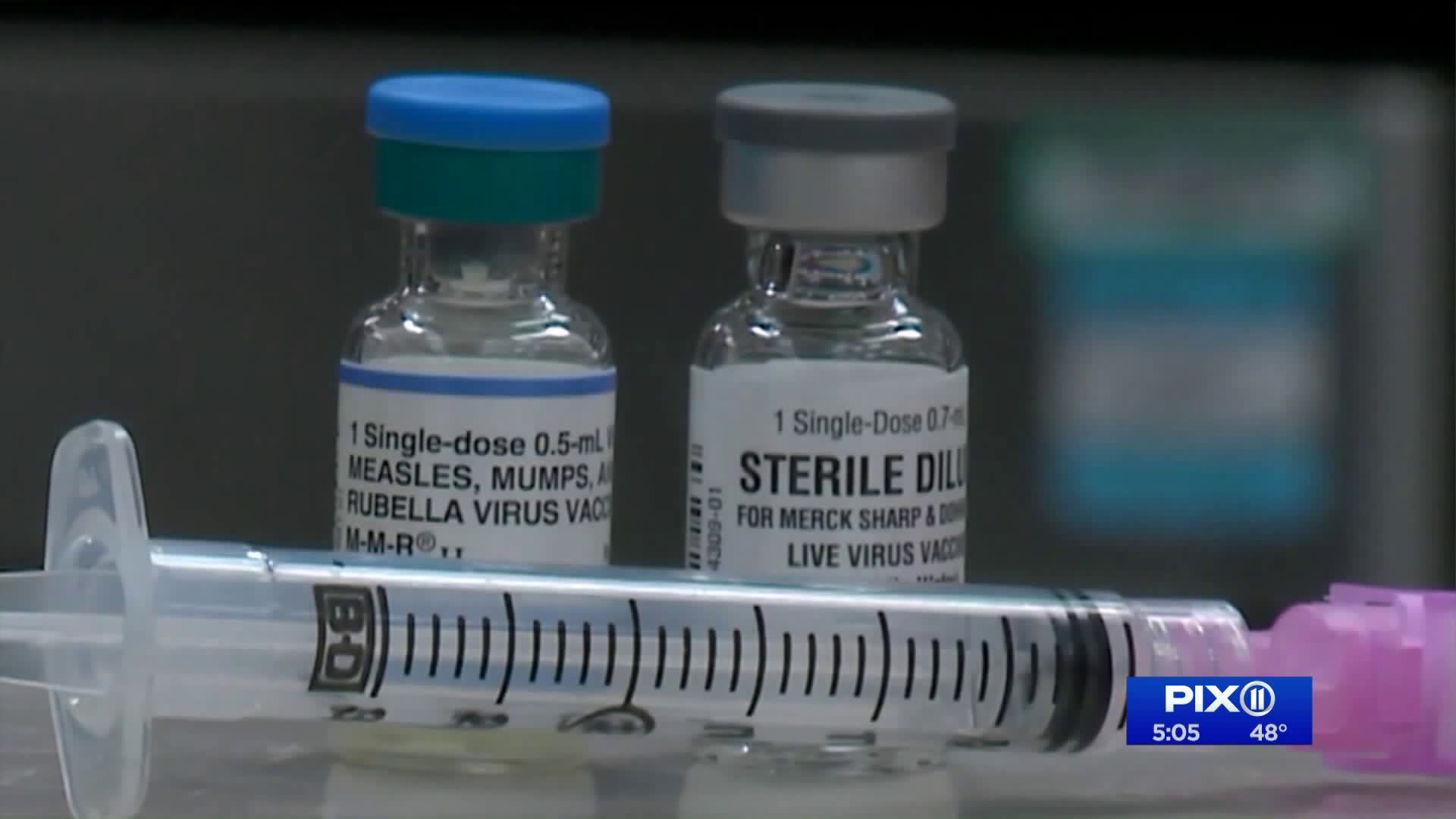 Rockland County will declare a countywide State of Emergency in connection to the ongoing measles outbreak. There have been 153 confirmed reported cases of measles in the county as of Tuesday, Rockland County Executive Ed Day said. Nearly 84 percent of those diagnosed are "young people." 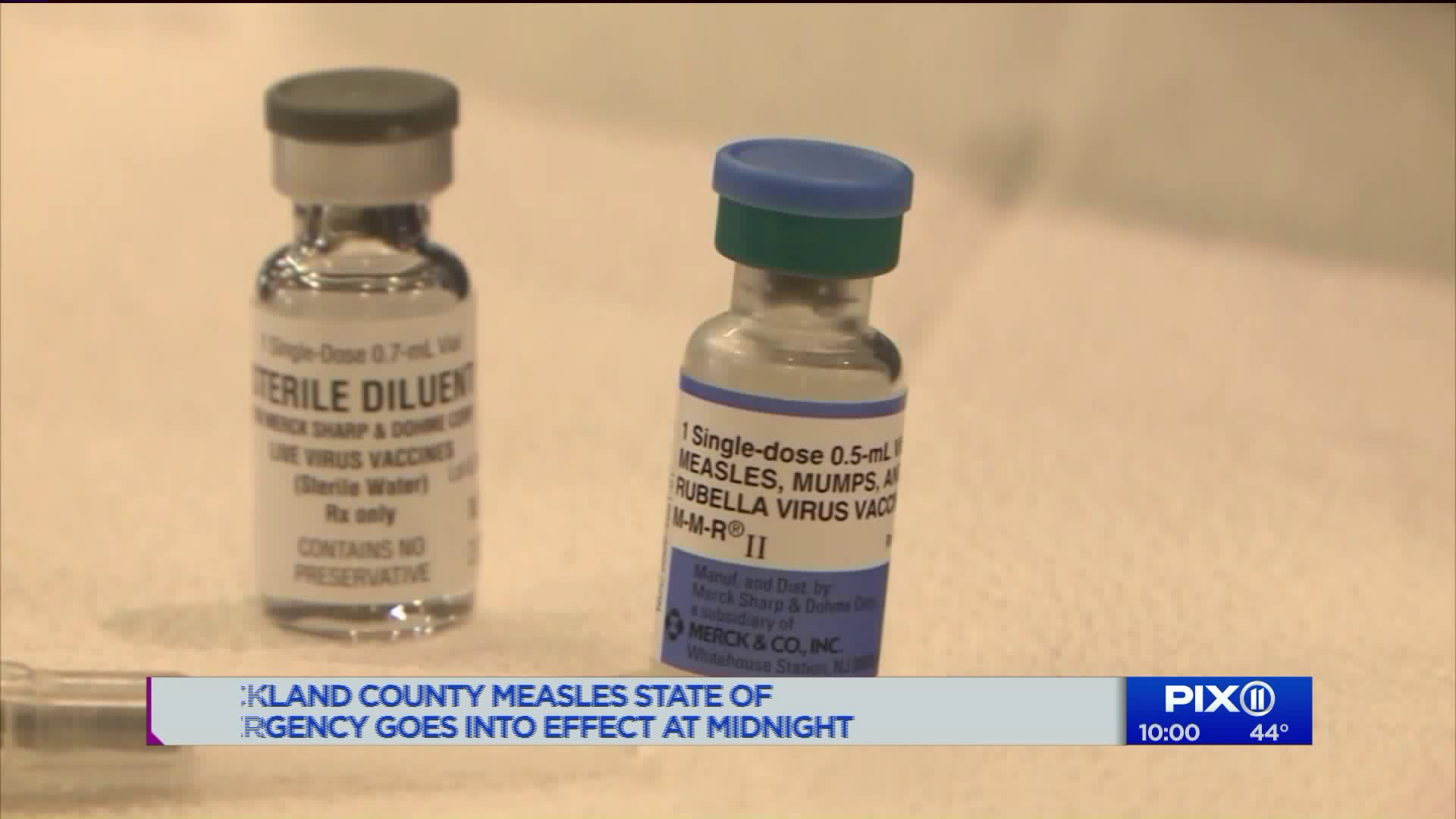 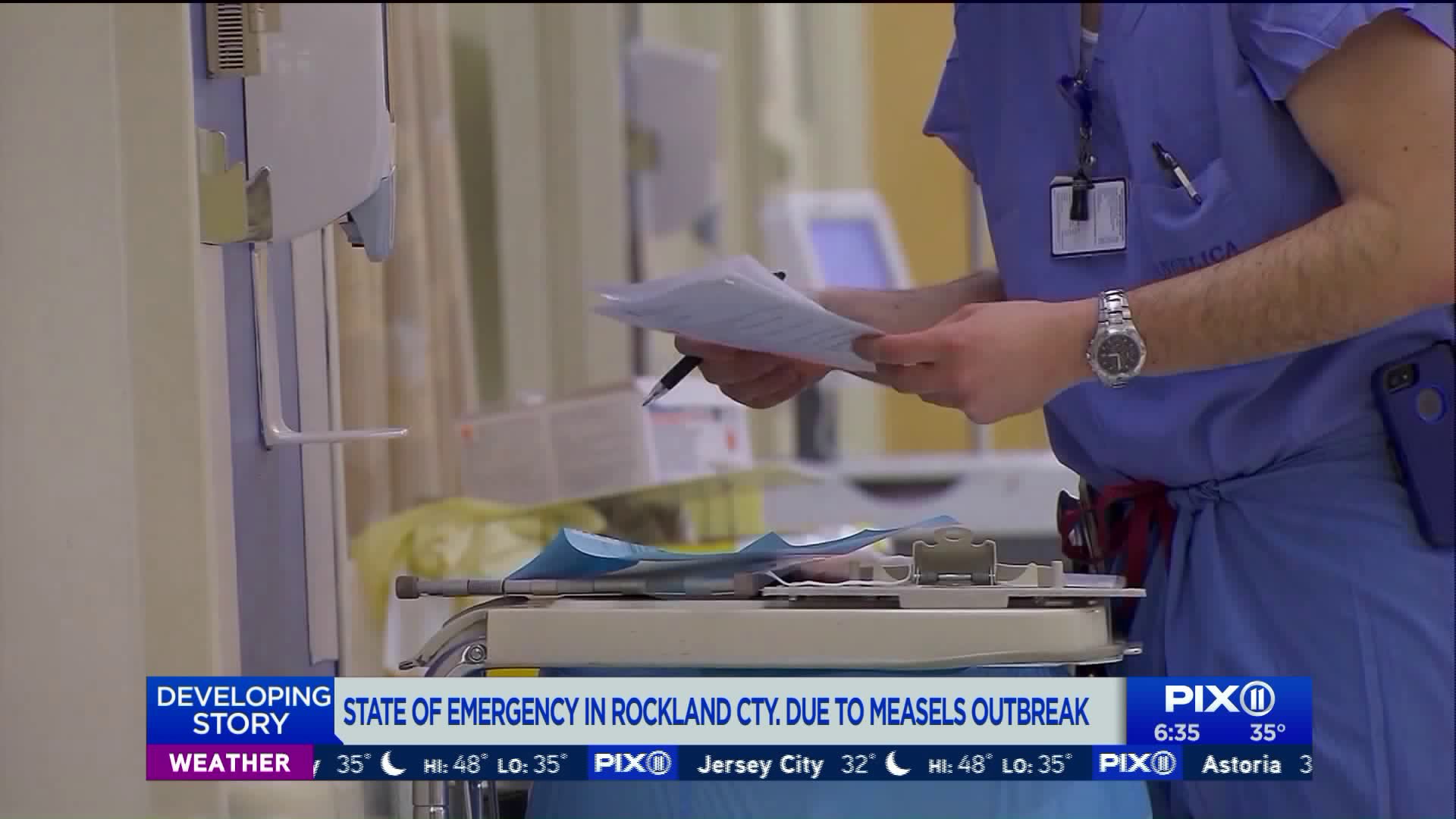 Effective midnight, Wednesday Mar. 27, anyone under the age of 18 and unvaccinated against measles will be barred from public places until they receive the MMR vaccination or when the declaration expires in 30 days. The declaration was issued under the New York State Executive Law.

There have been 153 confirmed reported cases of measles in the county as of Tuesday, Rockland County Executive Ed Day said. Nearly 84 percent of those diagnosed are "young people." This is the 26th week of an outbreak and while many people have been vaccinated in that time period, Day said there's been increasing resistance from those are are still unvaccinated.

"This type of response is unacceptable and frankly irresponsible," he said.

The growing outbreak in Rockland County has been linked to parts of the Orthodox Jewish community. Rivkie Feiner, a mother of 5 children, said she followed her doctor's advice and vaccinated her kids. She said those who are holding out, should get the facts from their community.

"It has to be really explained there and understood why it's so important and why it has to be done," Feiner said.

Measles is a highly-contagious, airborne virus that easily spreads through coughing and sneezing. Some people are unable to be vaccinated for medical reasons, and those people will be exempt.

Police will not be out asking residents for vaccination records, but the parents of those found to have violated the state of emergency will be referred to the District Attorney's office and could face six months in jail and/or a $500 fine.

"We are urging them to get their children vaccinated," Day said. "We will not sit idly by while children in our community are at risk."

Day said the measles problem in Rockland is the worst outbreak in the nation.

"What we're doing here is trying to change a trajectory that's going in the wrong direction," he said. "There's something called a greater good here and we're trying to do the best we can in society to make sure that everyone is OK."

According to the Rockland County Deputy Health Commissioner Kate Johnson Southern, "We need total participation in this effort to protect all of our residents. In particular, the most vulnerable members of the public, infants, elderly and the immunocompromised."

According to the CDC, symptoms of measles generally don't appear until 7 to 14 days after a person is infected, and begin with high fever, cough, runny nose, and rash spots.

There will be a free clinic Wednesday afternoon at the Robert Yeager Health Complex where the MMR vaccine will be free.

Visit the CDC website for more information on the measles, the sicknesses' symptoms and resources for parents and caretakers.

The Centers for Disease Control and Prevention lists six measles outbreaks, defined as three or more cases, around the country in 2019, including Rockland County's. The CDC said the outbreaks are linked to travelers who brought the disease back from other countries, such as Israel and Ukraine, where large measles outbreaks are occurring.

There have been 181 confirmed cases of measles in Brooklyn and Queens since October, most of them involving members of the Orthodox Jewish community, according to the CDC.

Day said the emergency order was timed with the upcoming religious holidays of Easter and Passover in mind.

"We want people to be able to celebrate," he said. "We don't want to see a repeat of how this outbreak started when we saw people gathered together and then fall ill last fall."