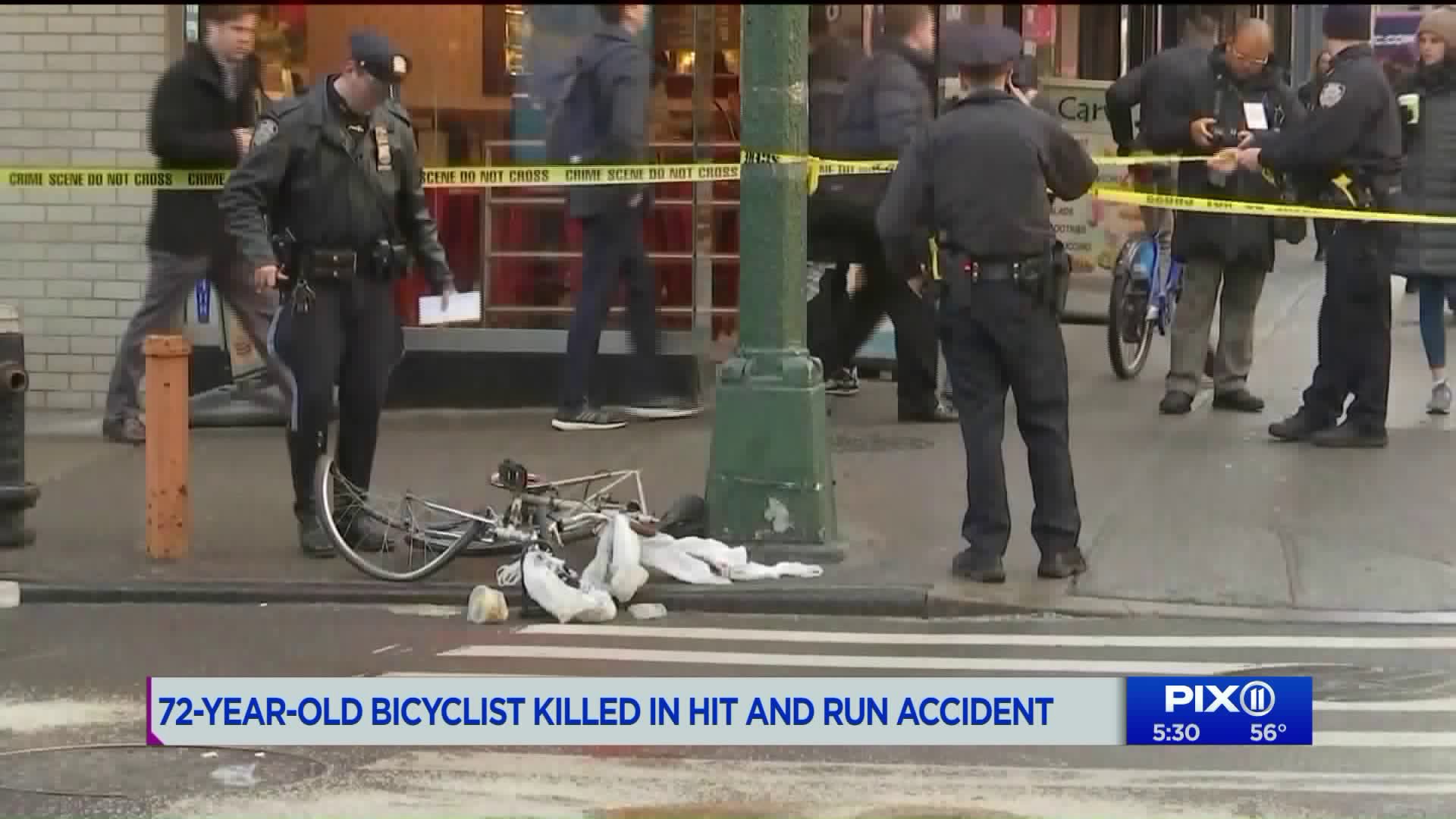 Investigators believe the 72-year-old was riding a bicycle in a bike lane on the northbound side of Eighth Avenue when he was struck by a vehicle, NYPD officials said.

Authorities said 56-year-old Kenneth Jackson of Jamaica, Queens, has been arrested and is expected to be charged with failure to yield to a bicyclist, and failure to use due care.

On Monday, Feb. 4, Chiam Joseph of the East Village was struck by a vehicle just before 6 a.m. while he was riding his bicycle around Eighth Avenue and West 45th Street.

The vehicle kept on going and a deli worker at the Carve Café called 911, authorities said.

Joseph, 72, later died at the hospital.