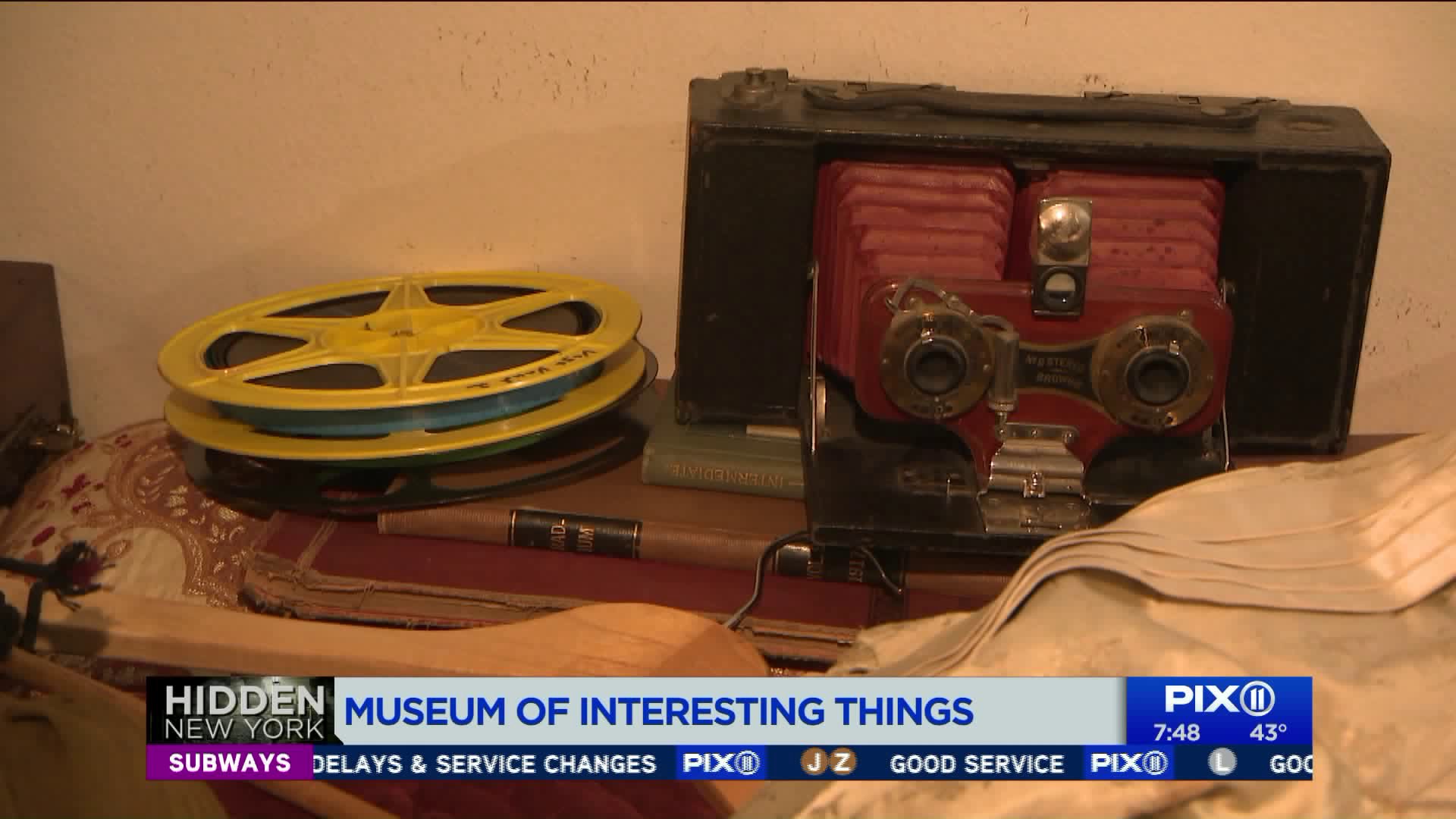 he Museum of Interesting Things is a traveling interactive demonstration and exhibition of antiques and inventions inspiring innovation and creativity learning from the past to create a better future.

NEW YORK — The Museum of Interesting Things is a traveling interactive demonstration and exhibition of antiques and inventions inspiring innovation and creativity — learning from the past to create a better future.

Denny Daniel is the founder and curator of The Museum of Interesting Things.

It's a traveling museum. It pops up all over the city.

It's his passion and he loves to share it.

He takes his exhibits on the road to schools, libraries and senior centers.

He considers that a mitzvah. "Each item is a history lesson in itself," beams Daniel.

He himself studied History, Literature and Art at NYU.

Daniel points out Thomas Edison's phonograph from the late 1800's. Sitting near that is the first ever iPad, before iPads became a thing, decades later.

Daniel is especially proud of what he's put together to commemorate the women's suffragette movement. "This is a voting machine from the suffragette era," he explains.

"I have the Poll Books from 1920. You'll notice it says 'Men Voters' cause they hadn't even changed the books yet; it happened so quickly."

Daniel also has the clothes that became symbols of that time, explaining, "Women were often wearing these bustle dresses. You couldn't even sit on a chair normally or ride the subway, let alone a bicycle or a horse. These things were very confining. You could hardly walk backwards without killing yourself."

The initials of those three colors, green, white and violent, were code for Give Women the Vote.

When I asked what compelled him to tell the story of the women suffragette's story, Daniel answered, "I thought it was a very magical and beautiful story. I thought it was so idealistic and they were into everything, Prohibition and civil rights. It had to do with rights in general, idealism and ethics."

Daniel has so many stories to tell about each and every one of the items he's gathered and displays.

You can find the next Museum of Interesting Things Secret Speakeasy at The Loft at Prince (177 Prince St.) on Mar. 31 from 6 p.m. through 10 p.m.