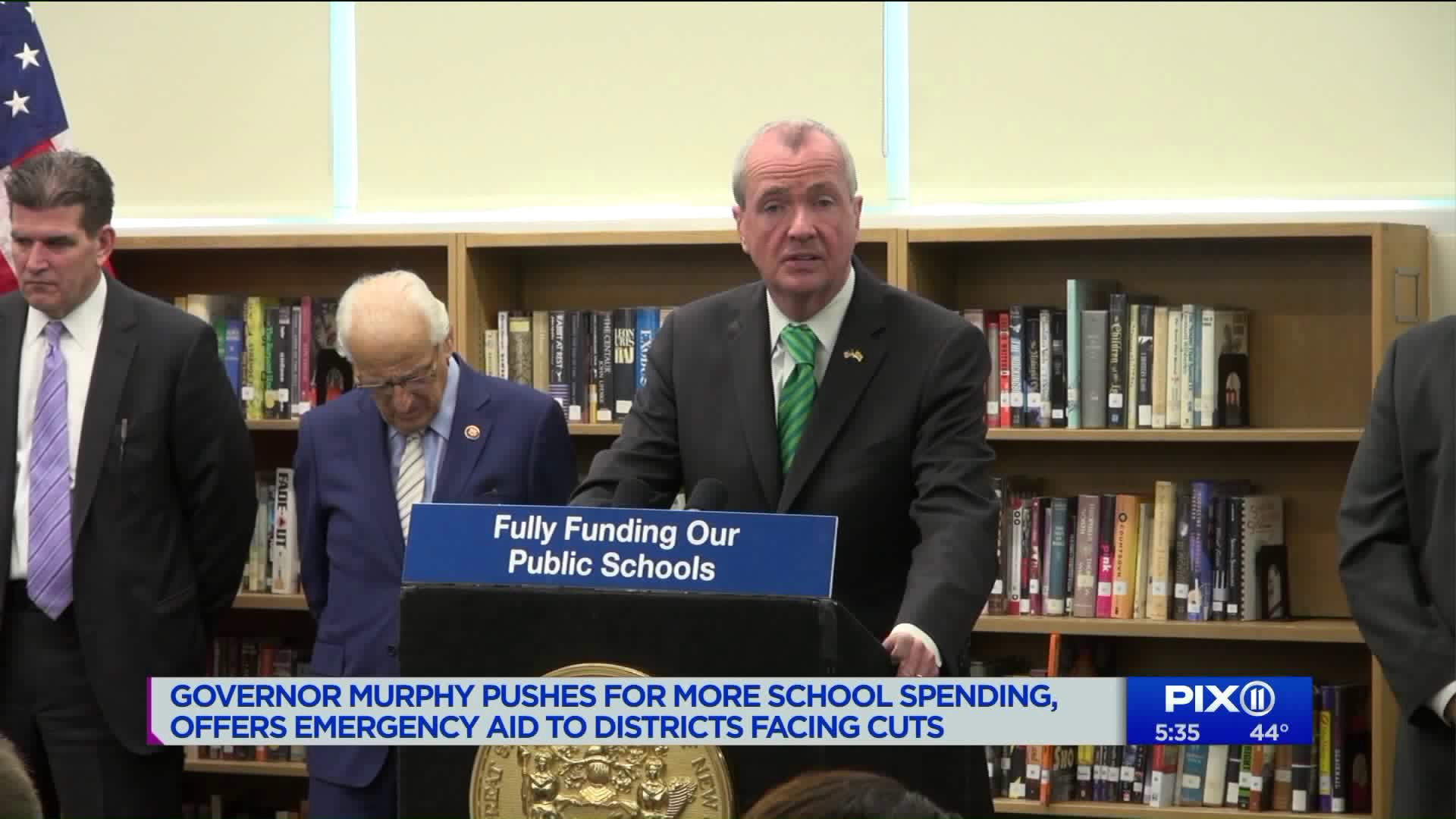 Under his plan, most districts would get more money, but almost a third of districts statewide would get less.

"This is how we restore fairness to our districts," said the Governor. "By restoring our commitment to the state's funding formula."

In years past, school districts with growing student populations did not always get proportionate funding increases, while shrinking districts continued to see larger sums of money.

“Fort Lee is just one example of many school districts where state funding failed to keep pace with a rapidly growing community, forcing the district to make tough choices," said Murphy.

Fort Lee Schools Superintendent Kenneth Rota said they're up more than 100 students since September.  Rota says they plan to use the funding increase to complete an addition to their middle school.

"This will alleviate some of the overcrowding in our elementary schools," he said.

Neighboring towns, including Leonia and Englewood, will see cuts. To make up for it, some towns could choose to raise taxes.

"It’s not terribly welcome. But it’s not unexpected," said one Leonia taxpayer.

In Old Bridge, an elementary school will close and some school programs may be cut. Toms River, Brick and dozens of other districts have protested.

In response, the Governor promised to meet with these communities and said he may even be able to come up with more money.

"There is the reality of emergency aid to help soften and cushion some of these edges," said Murphy.

Public hearings on the Governor’s budget will begin on Wednesday morning in Trenton.