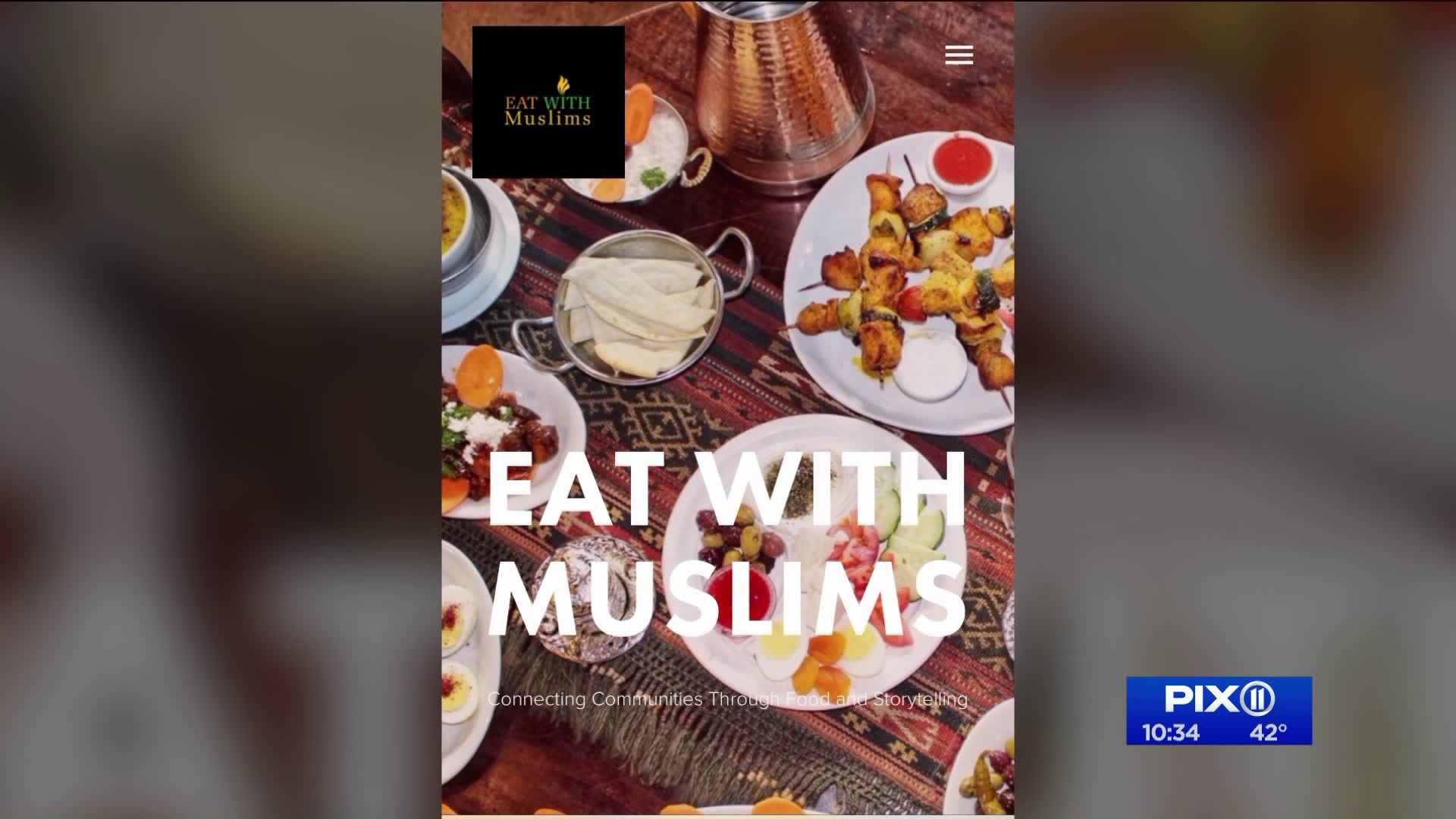 The concept is to share what it means to be Muslim over sharing a meal.

MIDTOWN, Manhattan -- It's all about breaking barriers over breaking bread. "Eat with Muslims" held its first dinner in New York City Monday night.

"It's an opportunity to get to know what Islam is and what Muslims believe," said Ilays Aden, co-founder of Eat with Muslims. "To eat and to enjoy each other's company while building community I think that's the best way to fight against Islamaphobia and this idea of being afraid of Muslims."

Aden is Somali-American. She felt compelled to change the perception of Muslims.

"We really started from the increasing fears Muslim-Americans have been feeling with increased hate crimes especially after the 2016 election."

"We've even brought together Muslims that didn't know they were in the same town, that thought they were the only ones."

"There's surely a lot of diversity in our rider and driver base and we always want to understand each other better, " said Nikki Cuellar, manager of the Diversity and Inclusion Program at Uber. "It's important for us to open our doors and to create some connections with our drivers and with our riders."

Daisy Khan met Aden in Seattle and wanted to help break down stereotypes, particularly in light of the mass shootings at two mosques in New Zealand last week.

"It's the first since such a tragedy so it's even more significant and symbolic uniting people bringing people together around a meal," said Khan, executive director of the Women's Islamic Initiative for Spirituality and Equality (WISE). "I think when we break bread together we humanize one another we get to know one another we build friendships we deepen our trusts with one another."

The belief is food has the power to bring people together. On the menu tonight, Syrian fattoush salad, Iraqi red rice, a Sri Lankan lentil dish and Afghan chicken karahi. All the food was catered by Eat Offbeat - a company that trains refugees to become chefs. Invited tonight are Uber employees, community activists and city residents.

"I think food brings people together especially good food," said Rami Abouemira. "The sense of community, sense of camaraderie just draws something out of the human touch, the human soul that is deeper than just having a basic conversation."

"For my students, it's truly a learning experience and it's very human and special that we can all come together and share a meal together," said Colette Mazzucelli, NYU Professor.

Eat with Muslims organizes two dinners a month. The hope is to have another one in New York City in the future.

"It's an opportunity not only for non-Muslims to learn about Islam and get to know Muslim neighbors but for Muslims to find common ground with Muslim friends in the community," said Aden.