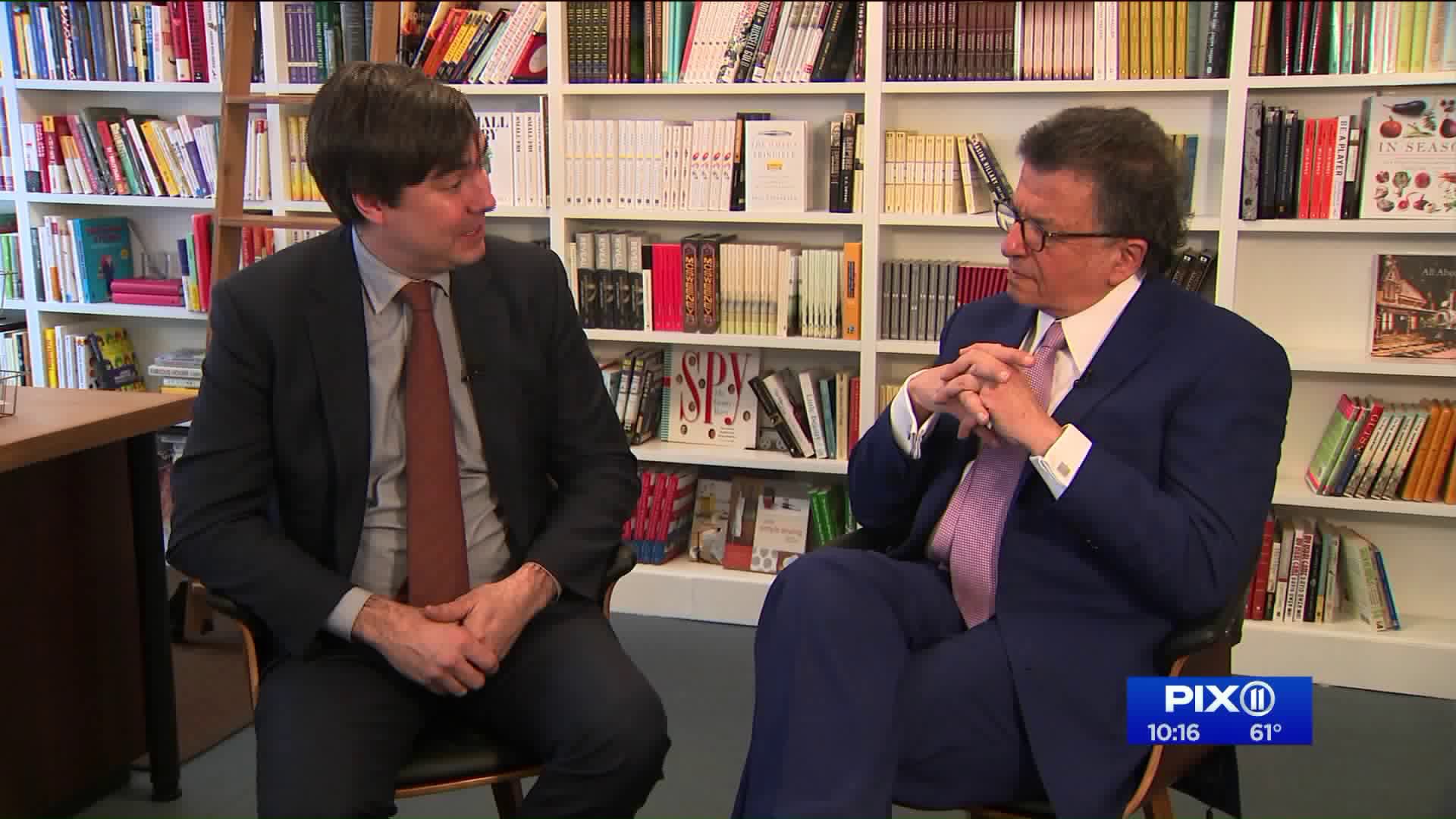 Edward Orloff, a literary agent with a high-profile client list, is making a name for himself in carpentry with his custom-built bookshelves, desks and more. Mr. G sits down to talk with the man who helps publish the books, and then make the shelves they get put on.

NEW YORK — From the beginning of a book to the bookshelf!

By day, Edward Orloff, is busy at work at McCormick Literary, nestled in the flower district. He's a book agent.

But at 1 o’clock, he’s headed to his other passion, Rift Cabinetry.

Named after the type of white oak he uses for his projects, which mainly includes building custom bookshelves.

Orloff began building when he was just six years old and never gave up his hobby.

He also never gave up on his literary aspirations, landing a job at the Wylie Agency when he was just 22.

Word soon caught on about his custom bookshelves. “A lot of people we were building for were authors, editors and people who had a lot of books in their house,” he said.

When he moved to McCormick Literary, Orloff was tasked to create the entire office look from the desks to the bookshelves.

Orloff, who has been a literary agent for 10 years, has a respectable client list, and on the other side of his business, he's also being commissioned by architects and high-profile clients around the country.

As for choosing one or the other—he says there’s no choice, he likes the balance of both.