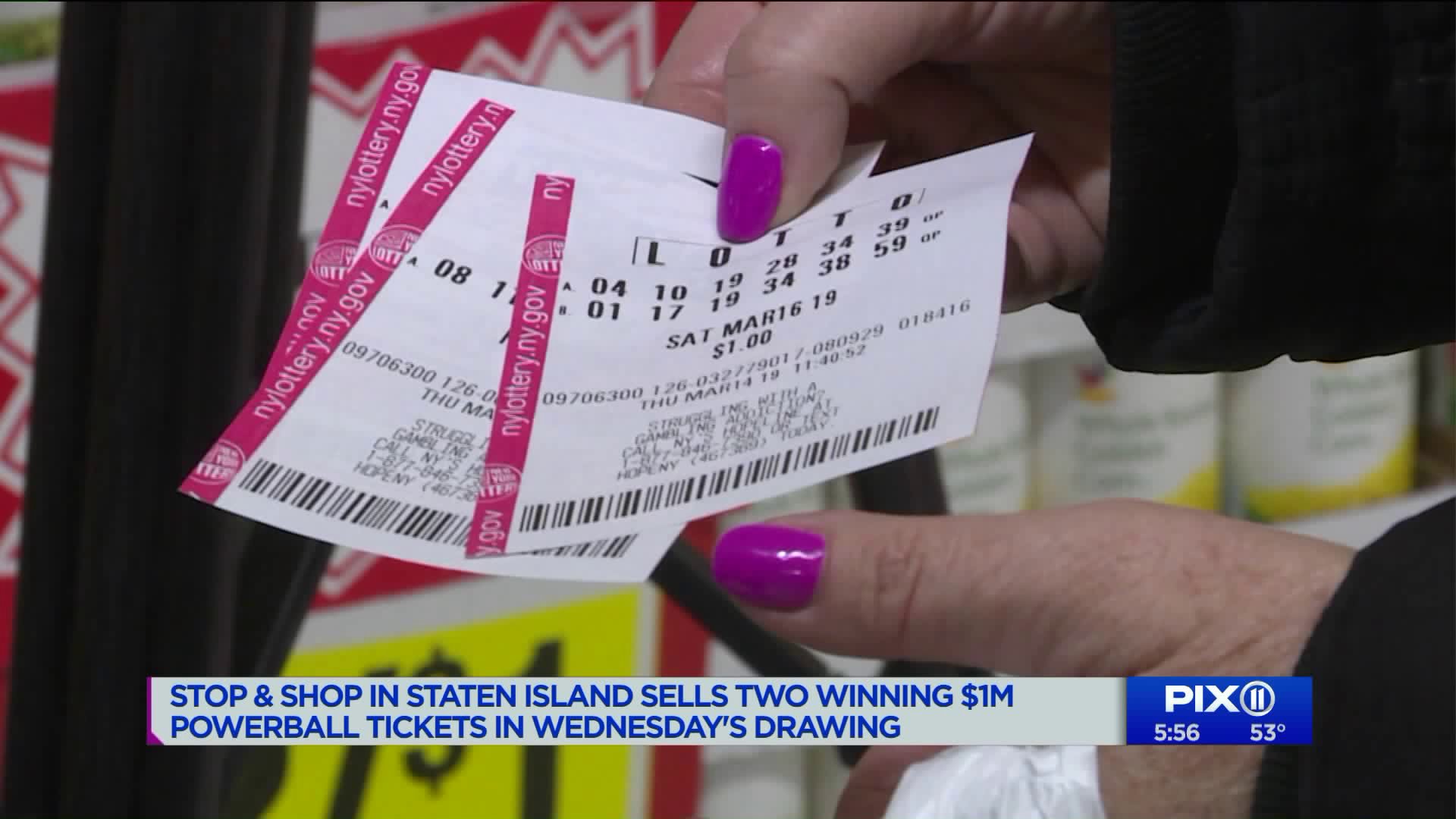 The jackpot for Wednesday`s drawing was $448 million with a cash option of $271.1 million. It is unknown if both million dollar tickets were sold to the same person or two separate people.

The winning tickets - a regular and a Quick Pick - matched all five white ball numbers, but fell short of the all-important Powerball. It is not clear if both million dollar tickets were sold to the same person or two separate people.

Store manager Larry Diantonio, who has only been working at the store for two weeks, appears to have brought over luck from his previous stint. Many customers call him “lucky Larry.” He'd previously managed the New Dorp Staten Island Stop & Shop, which sold a $245.6 million Powerball ticket last August.

"Now I'm sure there's going to be more people coming by, I would think so anyway, to try and by tickets," Diantonio said.

No one hit the $448 million jackpot, so people have a chance to give it another shot. The next Powerball drawing will be on Saturday with a jackpot of $495 million.