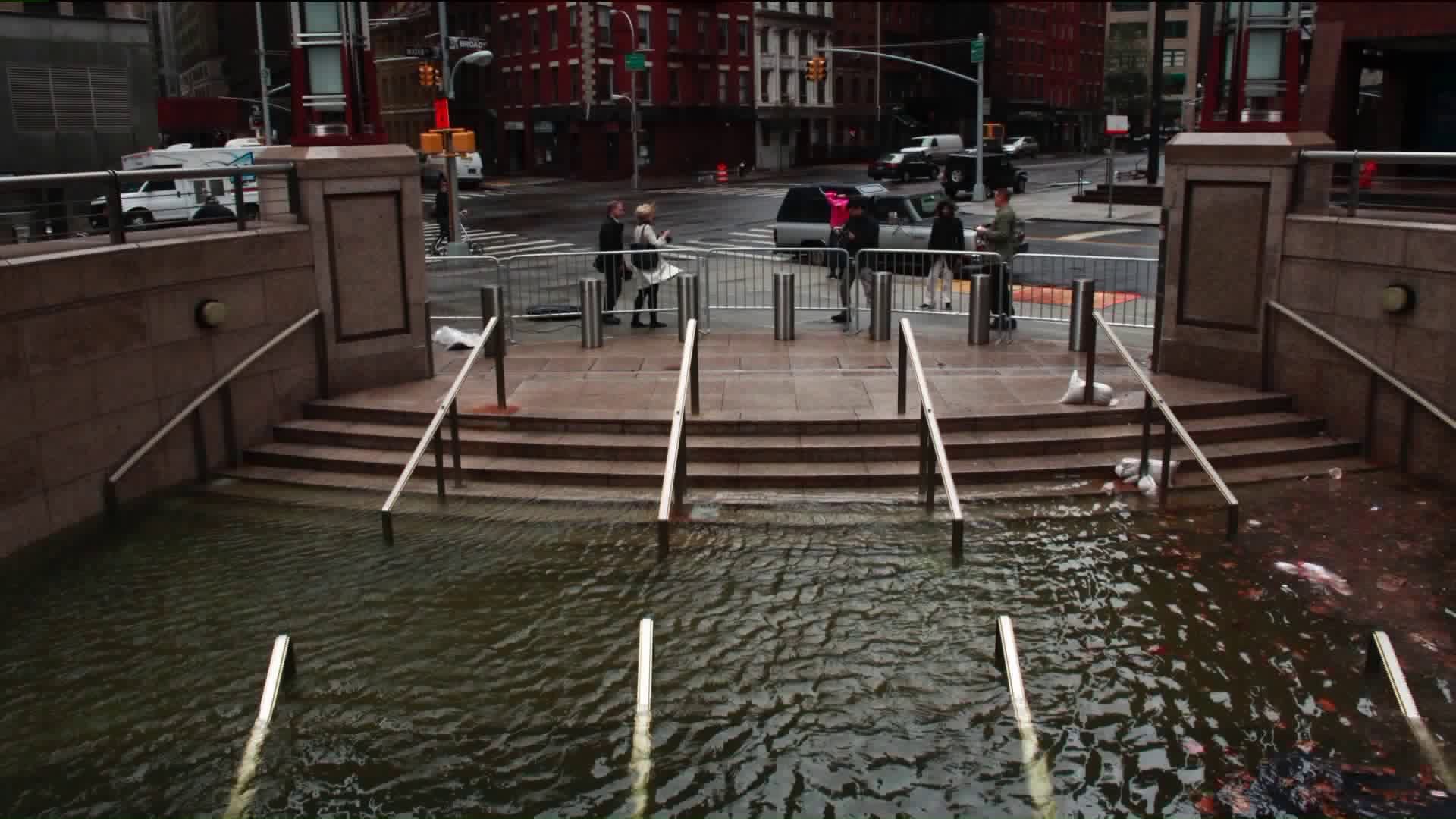 Mayor Bill de Blasio announced a plan Thursday to effectively flood-proof lower Manhattan by adding land around the tip of the island, in hopes of avoiding future flooding like the city saw with Hurricane Sandy in 2012.

NEW YORK — New York City Mayor Bill de Blasio announced a plan Thursday to protect lower Manhattan from rising sea levels by surrounding it with earthen berms and extending its shoreline by as much as 500 feet.

The Democratic mayor announced the plan Thursday, after previewing it in New York magazine , telling reporters he wants to "extend the shoreline of Lower Manhattan into the East River."

The plan calls for building up to two blocks of land on what is currently water, in order to safeguard neighborhoods including South Street Seaport and the Financial District against flooding from storms and climate change.

"It's not just a superstorm that we fear, it's rising sea levels, it's a host of other challenges that could lead to making this an area that simply isn't livable," de Blasio said.

Officials have been developing schemes to fortify New York City's waterfront ever since Superstorm Sandy destroyed thousands of homes and businesses in 2012.

De Blasio says the city could fortify most of lower Manhattan with grassy berms and removable barriers for around $500 million.

But protecting the very lowest-lying areas in the old Seaport District, from the Brooklyn Bridge to the Battery, will require adding more land over several years at a cost of up to $10 billion.