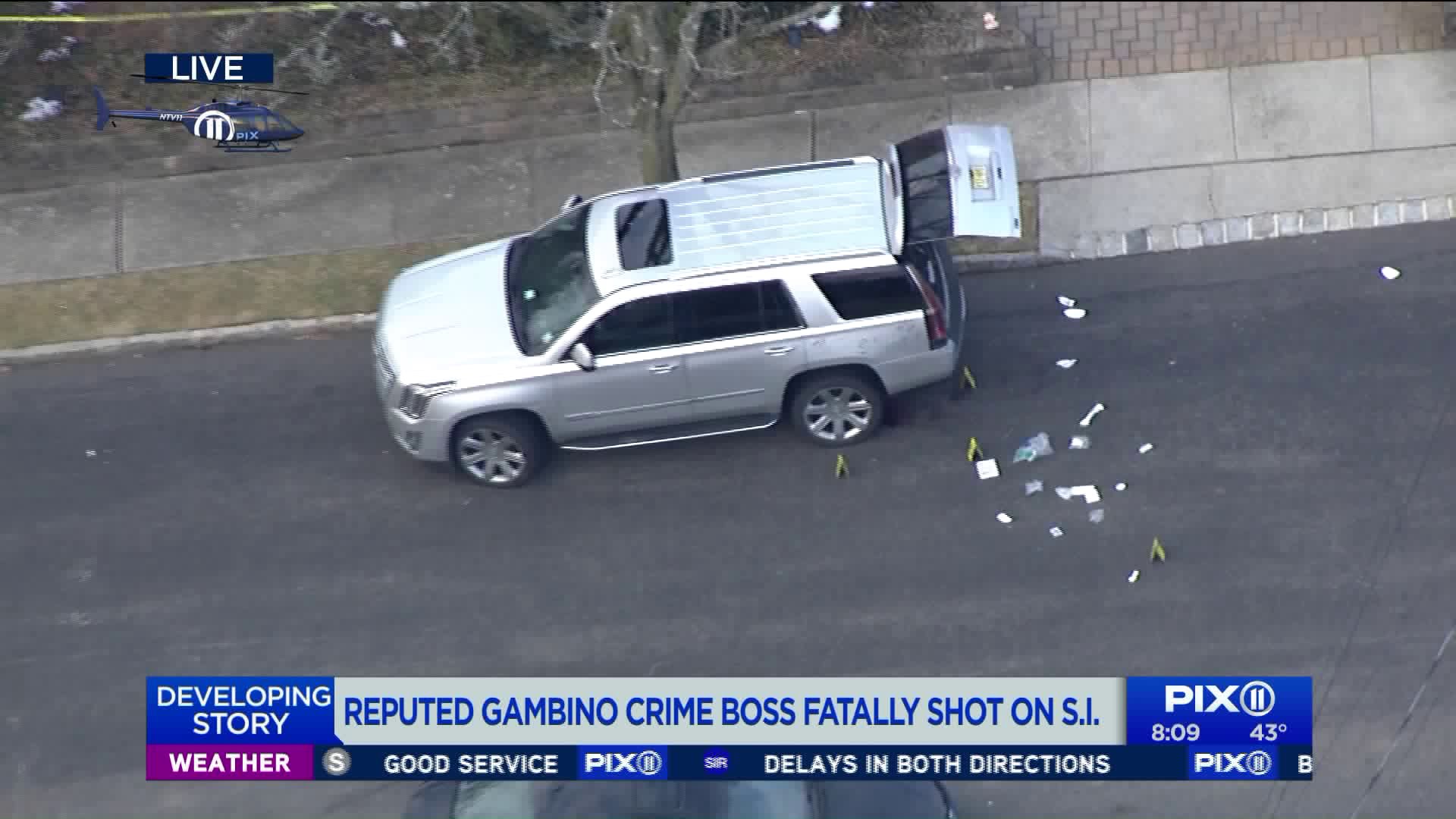 On the Mary Murphy Files, we spoke to journalist/author Anthony DeStefano about the latest in the case:

The 53-year-old, who had ties to the Inzerillo Mafia family in Palermo, Sicily, was taken to Staten Island University North Hospital where he was pronounced dead.

Police say Cali was standing outside his white SUV when he was ambushed by a driver in a blue pick-up truck. He was shot six times before reportedly being run over.

The FDNY responded at 9:18 p.m. to a home in the upscale Todt Hill section of Staten Island. The house is listed under the name of Rosaria Inzerillo.

The Gambino family was once among the most powerful criminal organizations in the U.S., but federal prosecutions in the 1980s and 1990s sent its top leaders to prison and diminished its reach.

Cali had been considered a unifying figure in the crime family, in the years after John Gotti was convicted and sent to prison by cooperating mob witnesses.

Unlike the well-dressed Dapper Don of the late 80s and early 90s, Cali had kept a low profile.

Cali was the first New York crime family boss shot since 1985, when Paul Castellano, who owned a mansion on Todt Hill, was executed as he arrived at Sparks Steakhouse in Manhattan. John Gotti and his turncoat underboss, Sammy “Bull” Gravano watched the action from Third Avenue.

Gotti subsequently rose to power as the ‘Teflon Don’ before ultimately dying in prison in 2002.