Exclusive: Brooklyn man held in jail despite evidence he was innocent 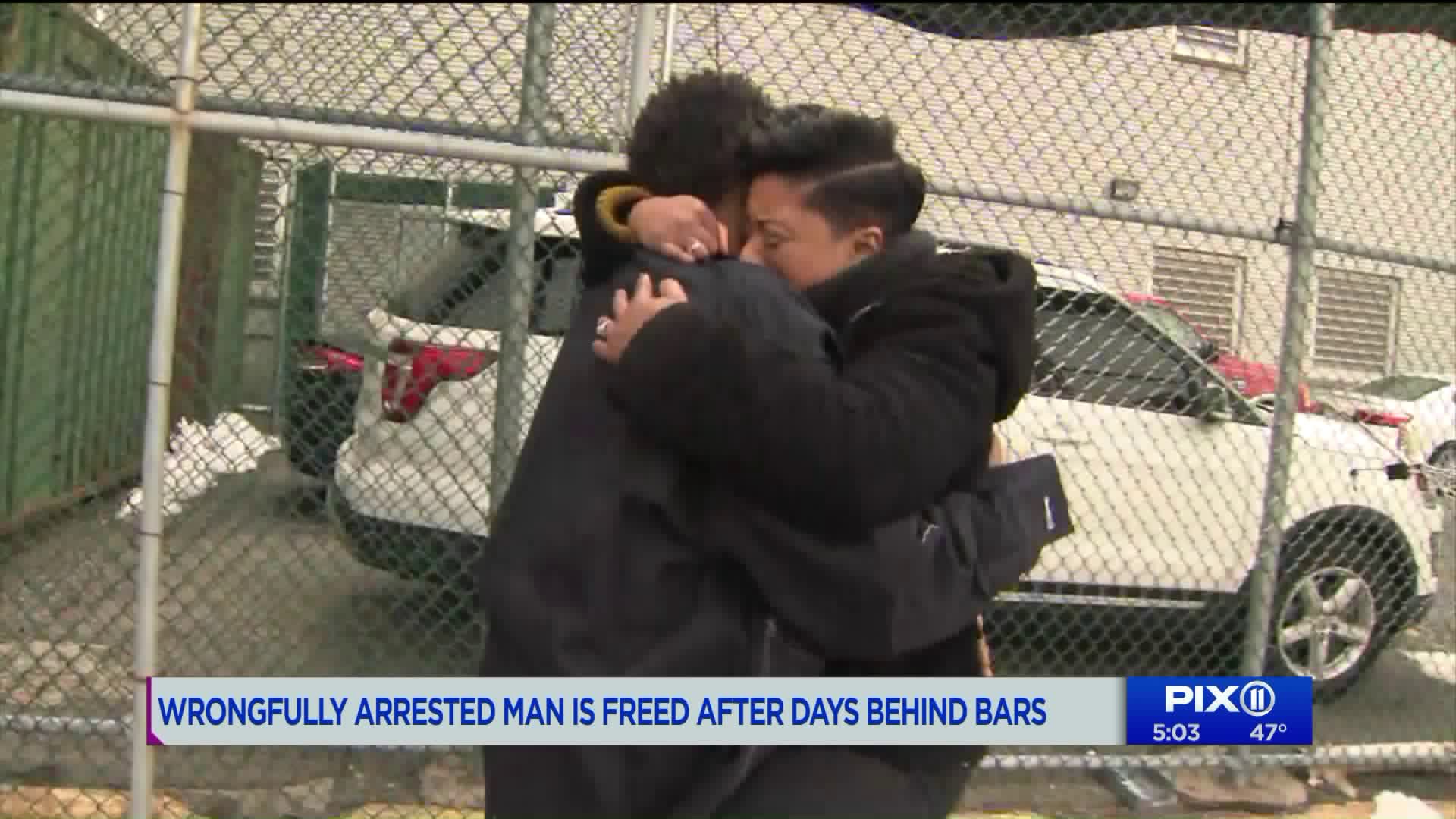 Last Tuesday, U.S. Marshals burst into Dale Morgan`s Mill Basin home and arrested him in front of his wife and children on a theft and identity theft warrant out of Centre Township, Pennsylvania.

NEW YORK -- A Brooklyn man was held for eight days as authorities dragged their feet on a seemingly bogus warrant— his wife and attorney said upon his release Wednesday.

Last Tuesday, U.S. Marshals burst into Dale Morgan’s Mill Basin home and arrested him in front of his wife and children on a theft and identity theft warrant out of Centre Township, Pennsylvania.

“I said Pennsylvania, I’ve never even been to Pennsylvania,” Morgan recalled for PIX 11, following a tearful reunion with his wife.

Still, Marshals took Morgan to a smaller floating jail right next to Rikers.

By Friday, his attorney Camille Russell had obtained logs from his job as a machine operator supervisor, and a still image of him at work on the day in question.

“The alleged crime scene is six hours roughly away from here,” Russell said. “It’s impossible if he was at work then somehow teleported to Center Township Pennsylvania committed an offense and came back.”

However, Pennsylvania authorities dragged their feet so Morgan sat in jail until the following Wednesday.

“It was painful and terrifying,” Morgan said. “I missed my kids, I missed my wife, my daughters, everything. There were gangs fighting.”

The kicker, Morgan has to miss more work and drive 800 miles round trip in two weeks to get this matter completely settled in Centre Township.

“It happens a lot, I’m just an example,” Morgan said. “If something happens to you, why keep you so long. What if a gang member decides to do something to you, you could get hurt.”

A spokesman for the Pennsylvania State Police, which is the law enforcement agency behind the warrant, said there was a limited amount of information he could release about the case.

He said that although Morgan was still released, his charges have still not been dropped.  The spokesman also could not provide additional information about why it took five additional days to release Morgan from jail once the video evidence surfaced.