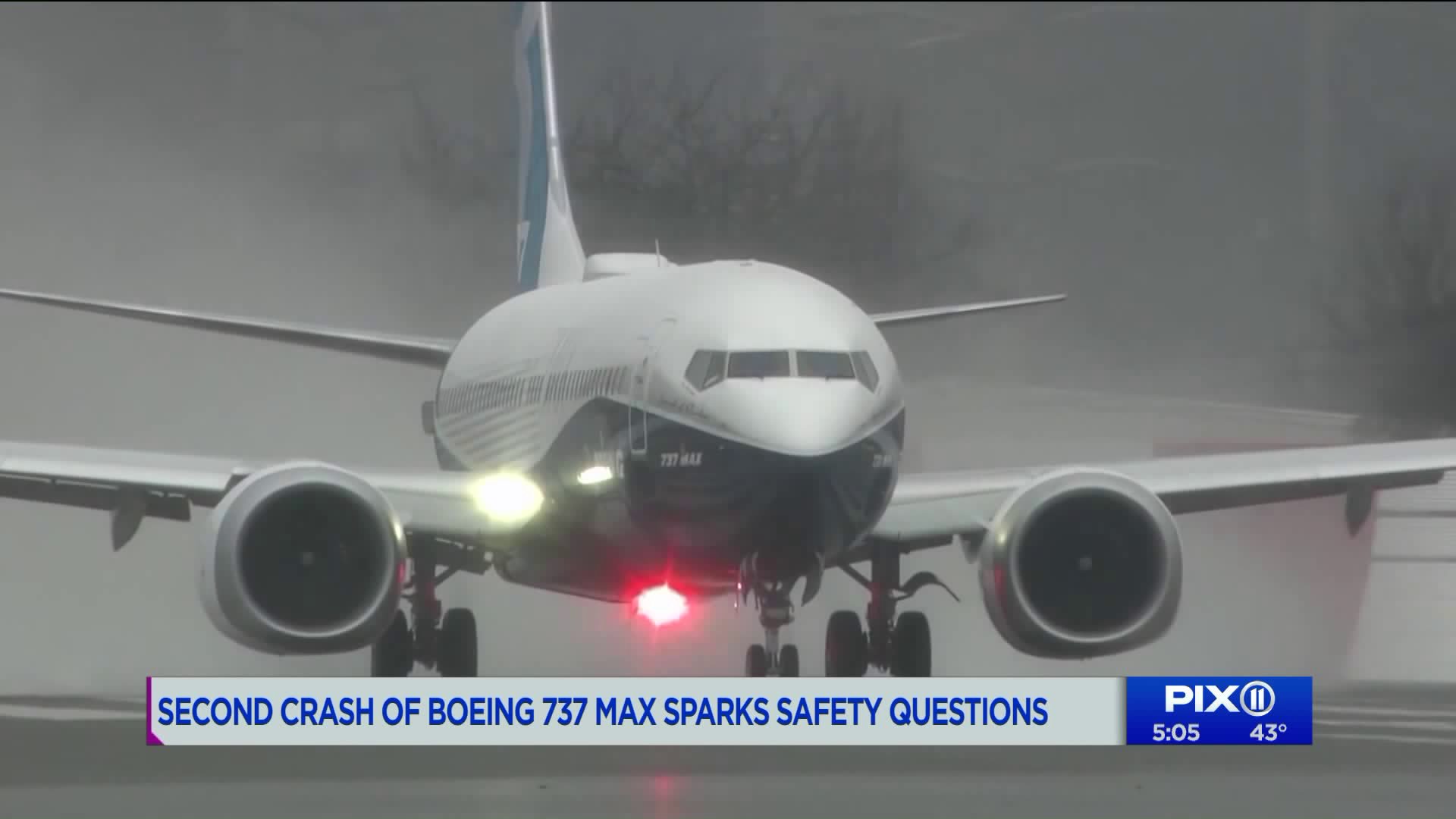 As a handful of countries ground all Boeing 737 Max 8 planes after Sunday`s Ethiopian Airlines crash, the 737 Max 8 planes are still flying in the U.S., with the FAA saying there isn`t enough data to come to any strong conclusions. 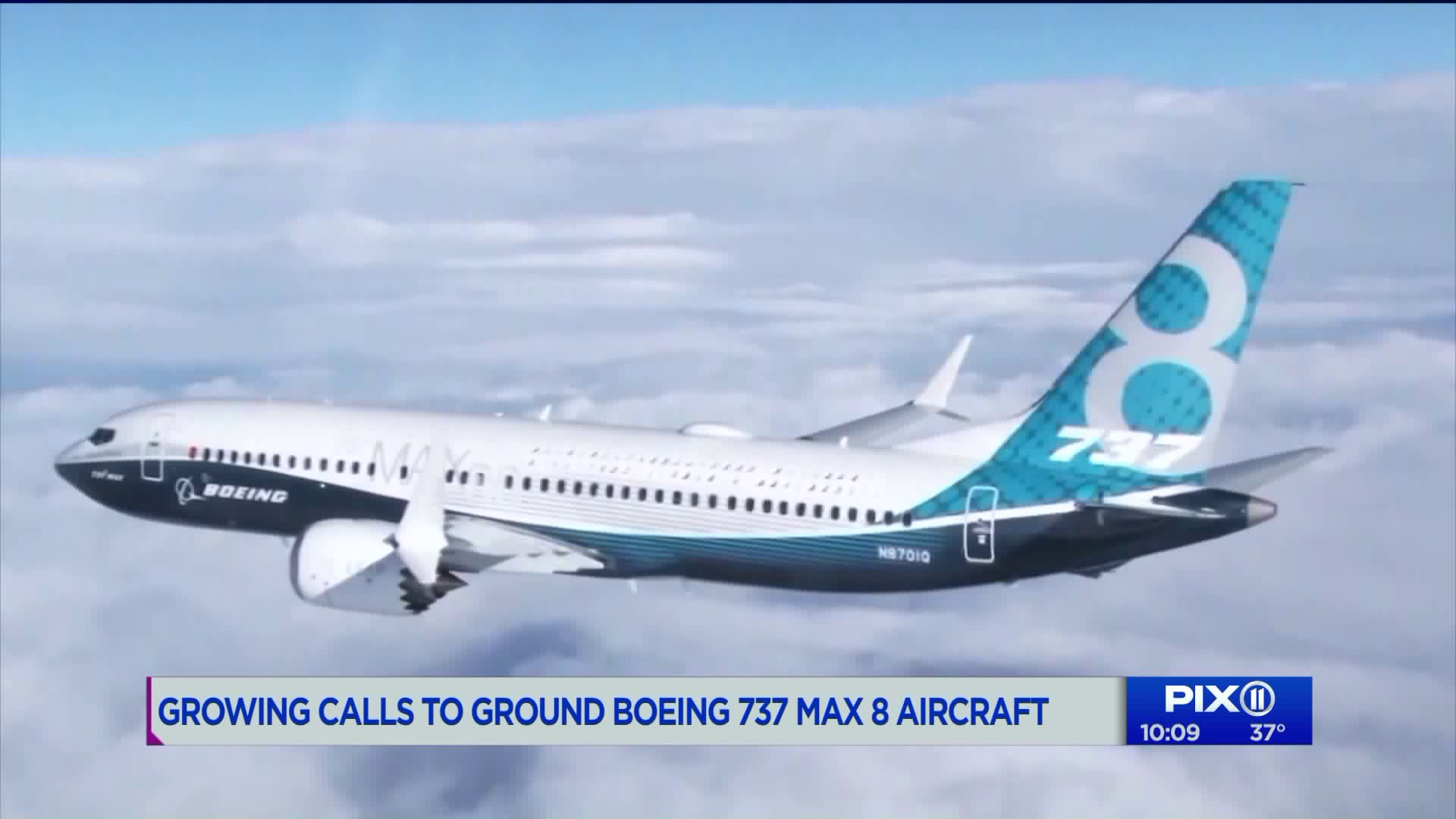 Turkey and Holland were the latest to join other countries in introducing temporary suspensions for the aircraft, after Germany, Iceland, France and the UK took similar measures in quick succession.

Earlier on Tuesday, aviation authorities in Singapore, Australia, Malaysia and Oman suspended Boeing 737 MAX services after Sunday's MAX 8 flight from Addis Ababa to Nairobi reported technical problems and asked for permission to turn back, before crashing into a field six minutes after takeoff, killing all 157 people on board. Investigations are taking place into the cause of the crash.

This is the second time in less than six months that this model has crashed soon after taking off. A new Lion Air Boeing 737 MAX 8 flight went down over the Java Sea off Indonesia last October, killing 189 people.

Those decisions on Tuesday followed the lead of China's aviation administration, who on Monday ordered that all domestic Boeing 737 MAX 8 jets be out of the air by 6 p.m. local time, due to its principle of "zero tolerance for safety hazards."

China has one of the world's largest fleets of Boeing 737 MAX 8, operating 97 of the planes, according to Chinese state-run media.

The fallout has appeared to affect Boeing's bottom line. The aircraft maker's stock dropped 8% Monday, with investors voicing concerns about the 737 and Boeing's future in China, predicted to soon become the world's first trillion-dollar market for jets.

Despite a growing number of countries suspending use of their aircraft, Boeing said they have "full confidence" in the safety of the 737 MAX, in a statement tweeted from their official account on Tuesday.

Boeing said they "understand" the decisions made by customers, but reiterated that "safety" remains their "number one" priority.

"The United States Federal Aviation Administration is not mandating any further action at this time, and based on the information currently available, we do not have any basis to issue new guidance to operators," the statement also said.

Growing concern
While there is no evidence of a link between the incidents in Ethiopia and Indonesia, similarities between the two have prompted some airlines to take extra safety precautions while both crash investigations are ongoing.

"Given in both air crashes, the aircrafts were newly delivered Boeing 737 MAX 8, and both accidents occurred during the take-off, they share certain similarities," the Chinese aviation administration said in a statement Monday. It added that it would contact Boeing and the U.S. Federal Aviation Administration (FAA) to confirm "flight safety" issues before allowing the planes to fly again.

That suggests the plane was not responding to pilots' inputs and they were losing control of the aircraft, Quest explains.

GebreMariam said the flight data recorders "will be sent overseas," rather than being read in Ethiopia, which does not have the technical capability to do it, but did not specify where.

Pilots were aware of an airworthiness directive issued after the Lion Air crash in October and had had additional training, he said.

While some international airlines and governments grounded the 737 MAX 8 planes, US airlines, the FAA and Boeing had not.

Quest said of the CAA's decision, "the pressure is now intensifying on the FAA when world-respected authorities like the CAA and Australian Civil Aviation Safety Authority have safety concerns about the aircraft."

"It will be very difficult for the FAA to withstand the pressure to actually do something rather than just adopting this wait-and-see approach."

And aviation safety experts and regulators around the world remain divided on whether the Boeing 737 MAX 8 is safe to fly.

"I've never said that it's unsafe to fly a particular model of aircraft, but in this case, I'm going to have to go there," David Soucie, a former FAA safety inspector told CNN, saying that passengers don't have enough information.

Peter Goelz, a former managing director of the National Transportation Safety Board (NTSB) said he believes it's too early for American authorities to ground the jets.

On Monday, Charlie Miller, vice president of communications for Boeing, issued a statement saying the jetliner manufacturer is not planning to issue new guidance "at this point" noting that "the investigation is in its early stages."