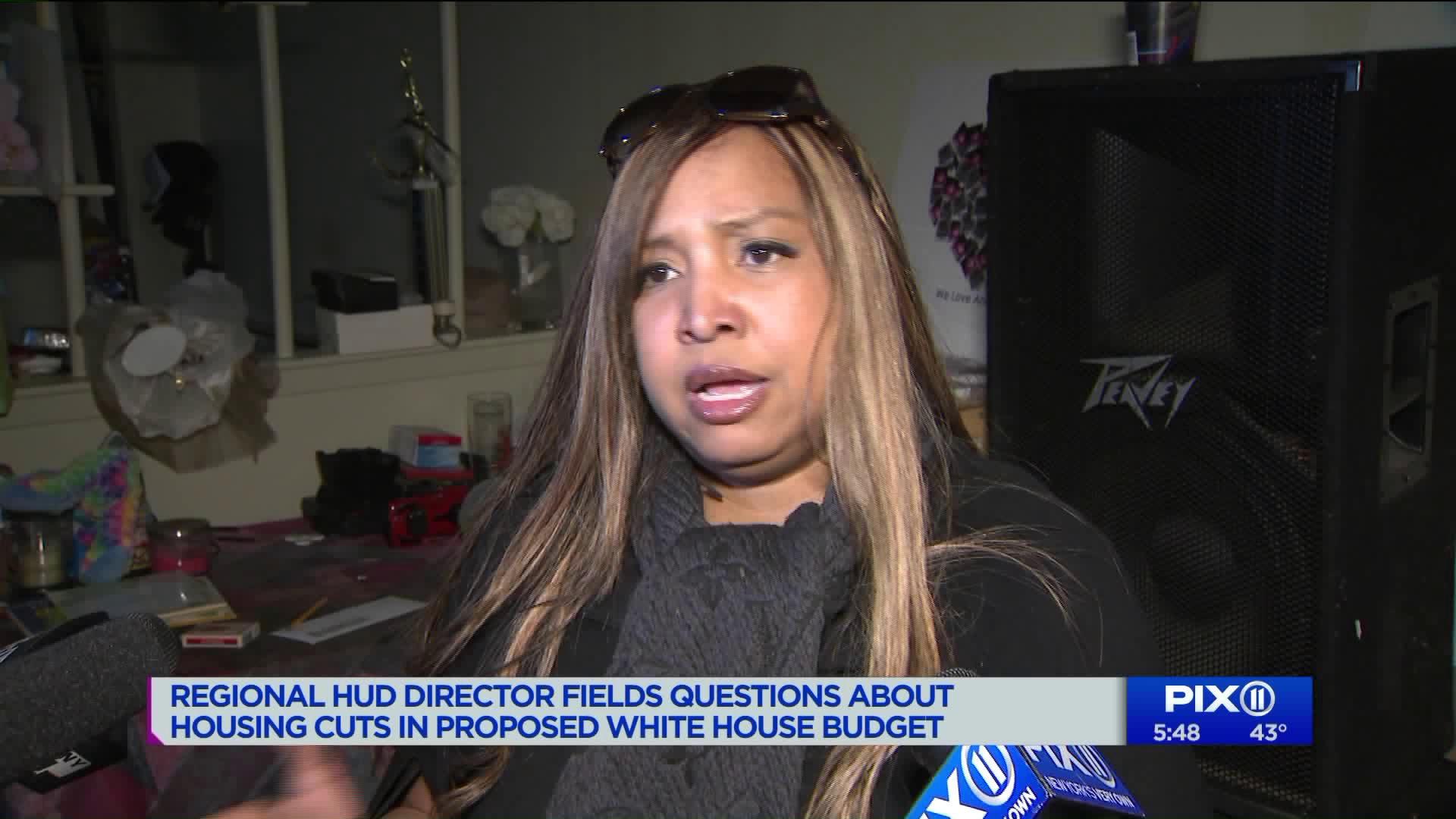 The proposed budget if approved would cut billions to public housing and a plan for increasing tenant rent contribution for those who are able to work.

The proposed budget, if approved, would cut billions to public housing and a plan for increasing tenant rent contribution for those who are able to work. In the meantime, it's the last week of federal housing official Lynne Patton’s stay in NYC public housing.

Patton is staying in Fenimore-Lefferts apartments in Brooklyn.

Patton had to first field questions about her boss, Presidents Trump’s preliminary budget for 2020 released Monday that calls for a 16.4 percent cut in funds for public housing.

“I’m willing to push back on anything that I don’t think will be beneficial to the residents," Patton said. "However, what I will not do is advocate for more money that an irresponsible grossly mismanaged culture of corruption like NYCHA has been."

Patton says she is taking all of her suggestions straight to the new federal monitor to make suggestions about executing repairs. Leonard Jones who is hosting Patton, says repairs need be done faster.

“If it’s not maintained, it’s going to be condemned," Jones said. "It’s nothing but sheet rock and wood. I have no where else to go. This is my home."