No gunman found after police swarm Lawrence Hospital in Bronxville 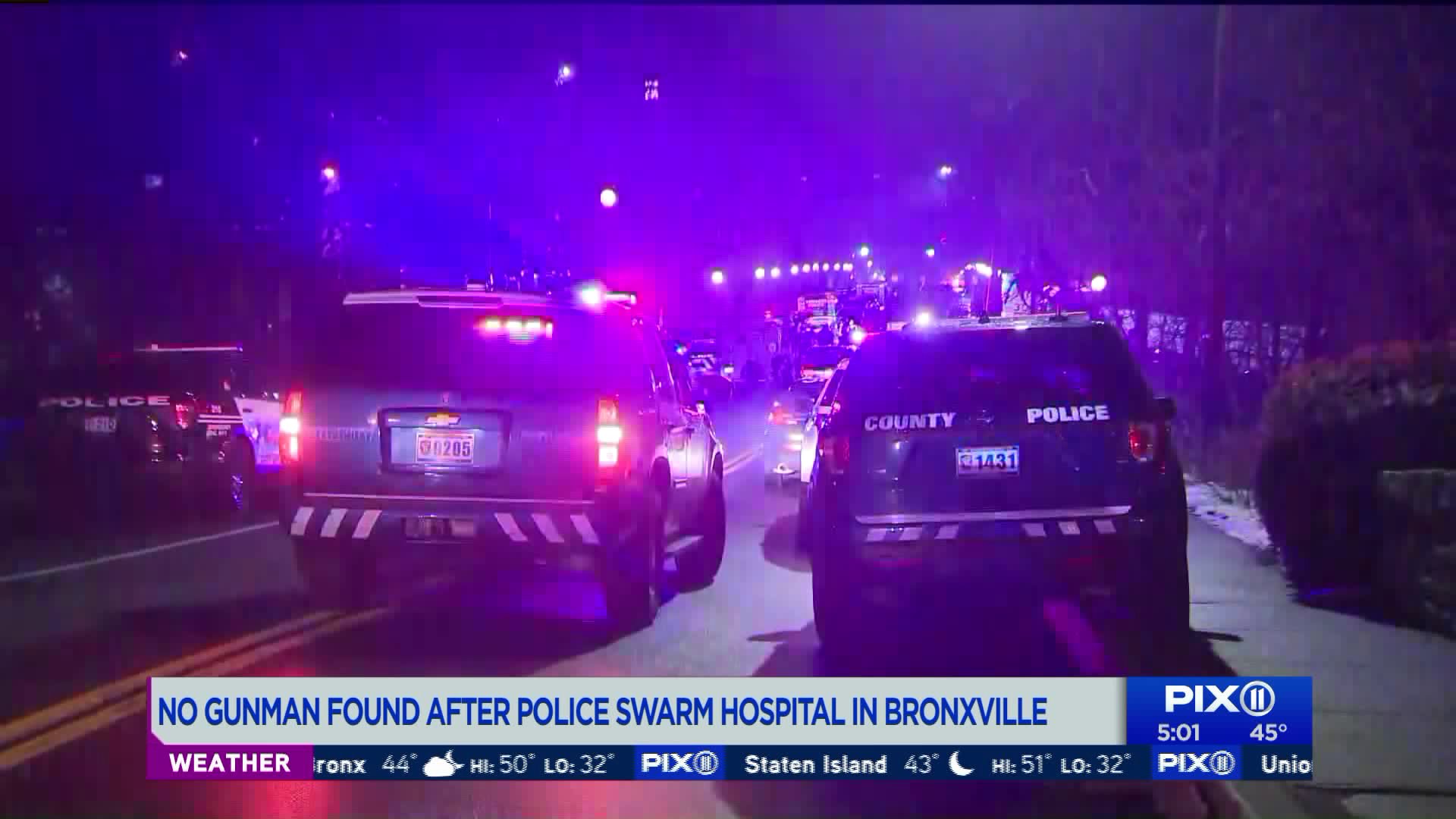 Police rushed to NewYork-Presbyterian Lawrence Hospital in Bronxville late Sunday after two patients reported seeing a man with a shotgun, but after hours of searching and reviewing security camera footage, officials concluded it was a false alarm.

BRONXVILLE, NY — Police rushed to NewYork-Presbyterian Lawrence Hospital in Bronxville late Sunday after two patients reported seeing a man with a shotgun, but after hours of searching and reviewing security camera footage, officials concluded it was a false alarm.

Shots were not fired at the hospital, officials said. Police reviewed video from inside the hospital and did not identify anyone armed with a shotgun or any kind of a weapon, despite the report of a gunman. No injuries have been reported.

"There are no victims and at this point, we don't believe there was a suspect in the hospital who was armed," said Bronxville Police Chief Christopher Satriale.

Armored cars and SWAT vehicles were on scene along with police from multiple towns, including Bronxville and Yonkers. Westchester County police officials and FBI members were also at the hospital. They surrounded the medical center as the building was searched room to room.

A woman who answered the phone in the admissions office at NewYork-Presbyterian Lawrence Hospital in Bronxville at about 9:30 p.m. confirmed the hospital was on lockdown. The person would not give her name. She said she hadn't heard or seen anything and was just waiting.

Satriale was asked if the patients might have made up the report maliciously. He said no and called them "credible witnesses" who thought the information they were providing was accurate.

"They might just be wrong in what they thought they observed," he said.

No patients were evacuated from the hospital, which had earlier urged people not to come to the hospital unless it was an emergency.

"Please do not come to the hospital tonight unless it is an emergency," the hospital tweeted. "Thank you for your thoughts and prayers for our staff, patients and law enforcement."

Police vehicles blocked off entrances to the hospital.

Workers at a nearby restaurant first spotted police vehicles speed onto the scene around 8:45 p.m. They described waves of increasingly armed officers arriving on scene.

Lawrence Hospital has been part of the NewYork-Presbyterian network of hospitals since 2014. It treats about 36,000 people a year.