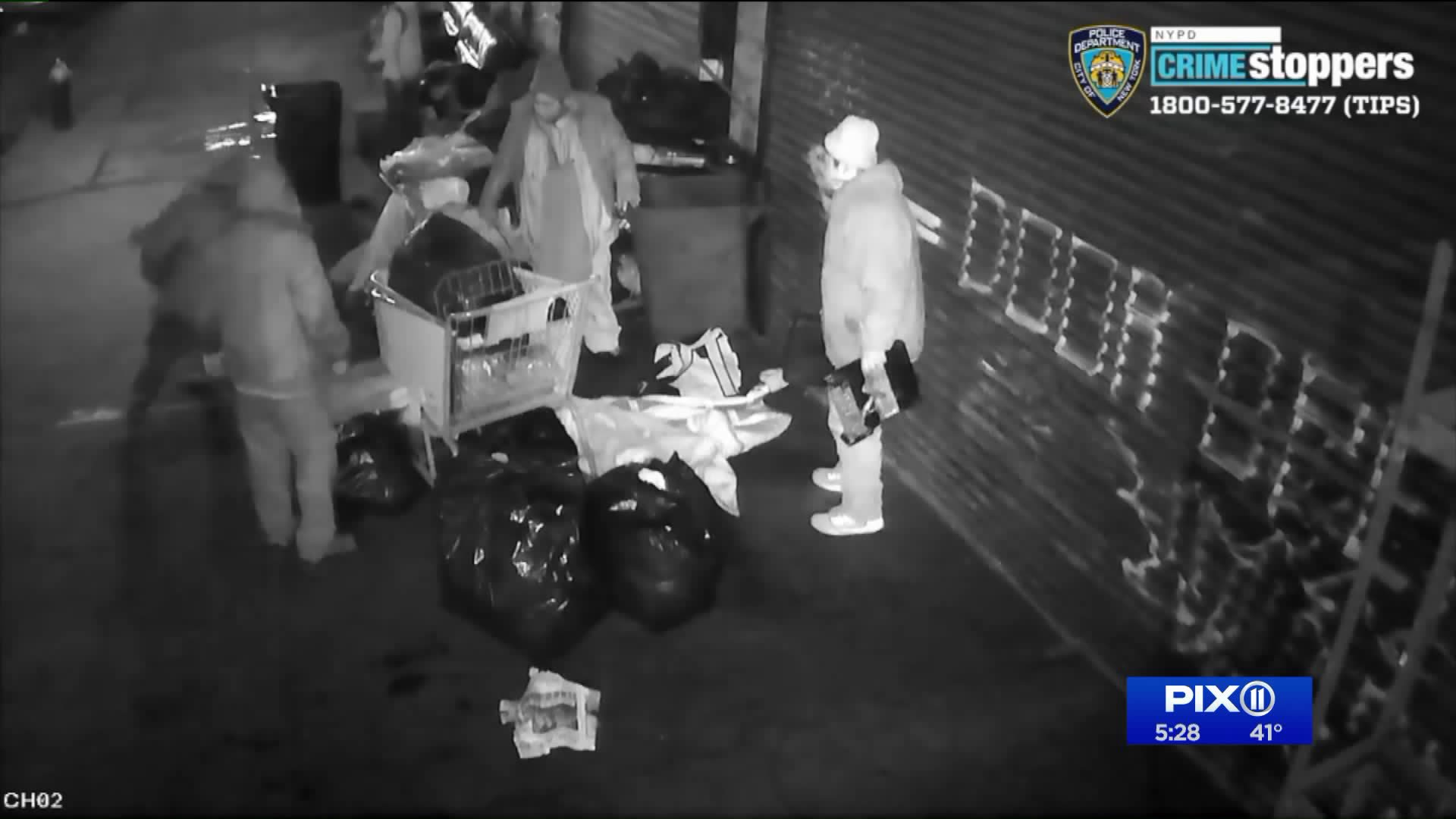 Police are looking for five men who attacked four sleeping homeless men in Borough Park, Brooklyn, last week. One of those victims was left in a coma.

BROOKLYN — Police have arrested a man in the attack of four homeless men sleeping in front of a Brooklyn building.

According to police, Guadalupe and a group of men walked up to four men who were sleeping and sitting along 60th Street and 10th Avenue, near Fort Hamilton Parkway in Borough Park last Saturday and asked them for money.

Based on surveillance footage provided by police, the group almost immediately began to kick and punch the victims, and then throw objects at them, police said.

The suspects also stole $5 from one of the men before the group fled, one of the victims told PIX11.

Two victims were taken to an area hospital for treatment and the other two refused medical attention.

Hours later, one of the victims who refused medical attention complained of head pain and was taken to Lutheran Hospital in critical condition.

Police are still looking for four others involved in the attack.

Correction: This article has been updated with the proper location of the incident.