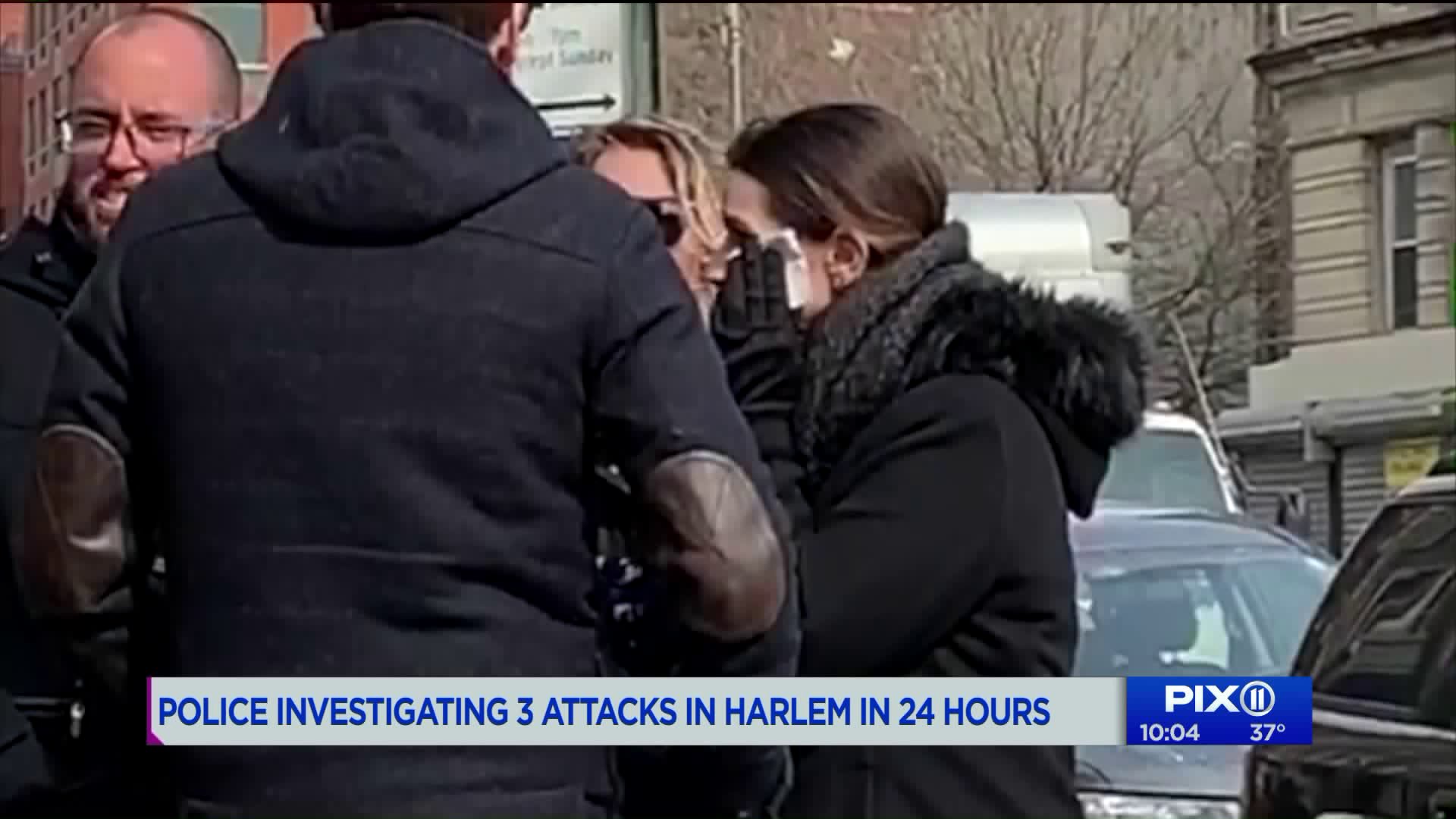 Police are looking into three separate violent attacks in or near subway stations in Harlem over the past 24 hours.

MANHATTAN — Police say the NYPD hate crimes unit is now involved after a woman sprayed people in the face with an unknown substance they believe could be mace, inside and near two uptown Manhattan subway stations Friday afternoon.

Authorities said the suspect then exited the station and sprayed five people, four men and one woman, on 125th Street.

The suspect sprayed another woman in a similar fashion shortly after, this time on the train platform in the 96th Street subway station on the 1/2/3 lines on the Upper West Side, police said.

Victims, some of whom are tourists, said they felt a burning in their eyes after the attacks, according to police.

Police say none of the victims were seriously injured.

Authorities released new surveillance footage of the woman being sought in the attack.