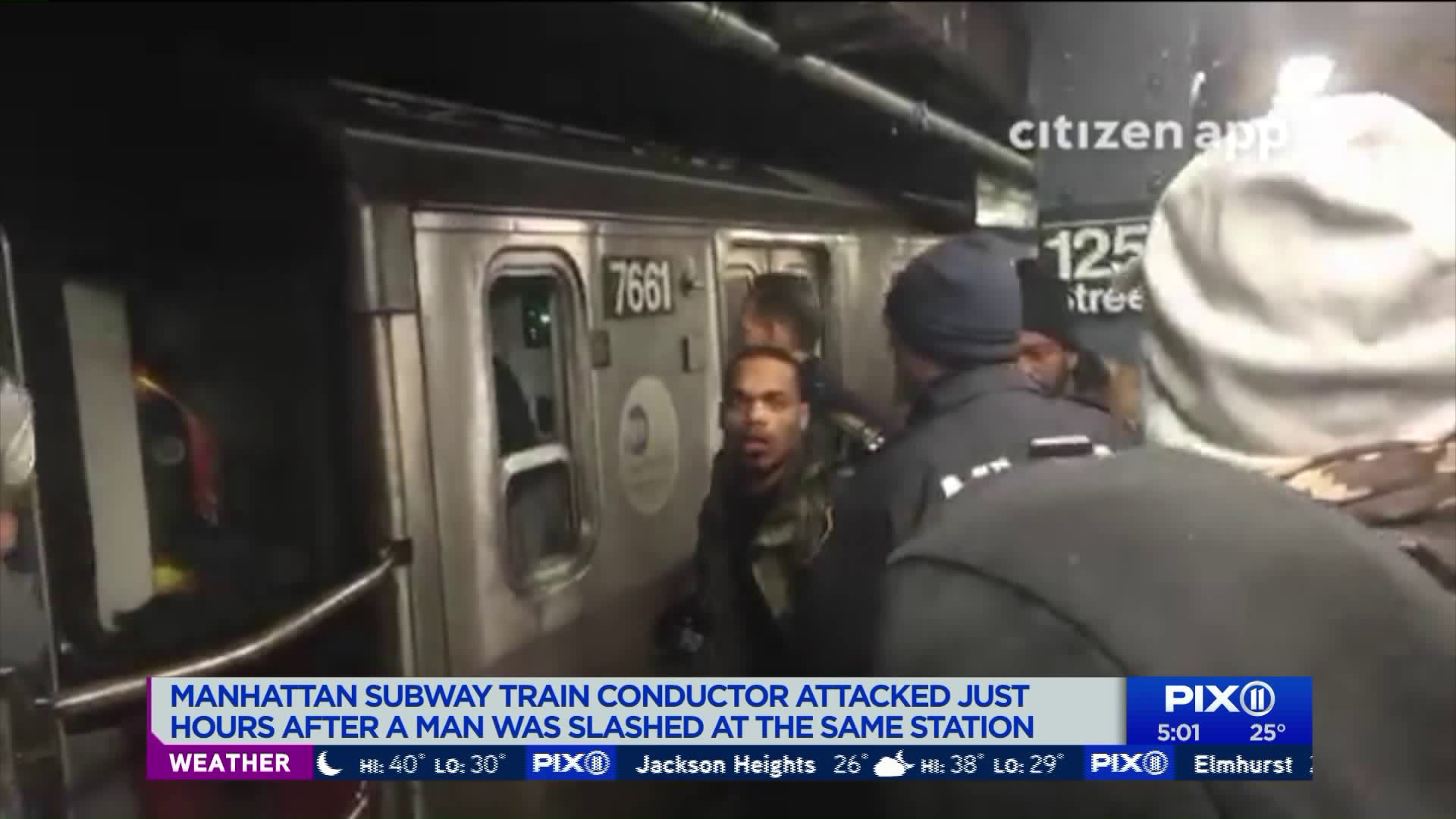 An MTA conductor was assaulted at an East Harlem subway station early Friday, just hours after a man was slashed at the same station. 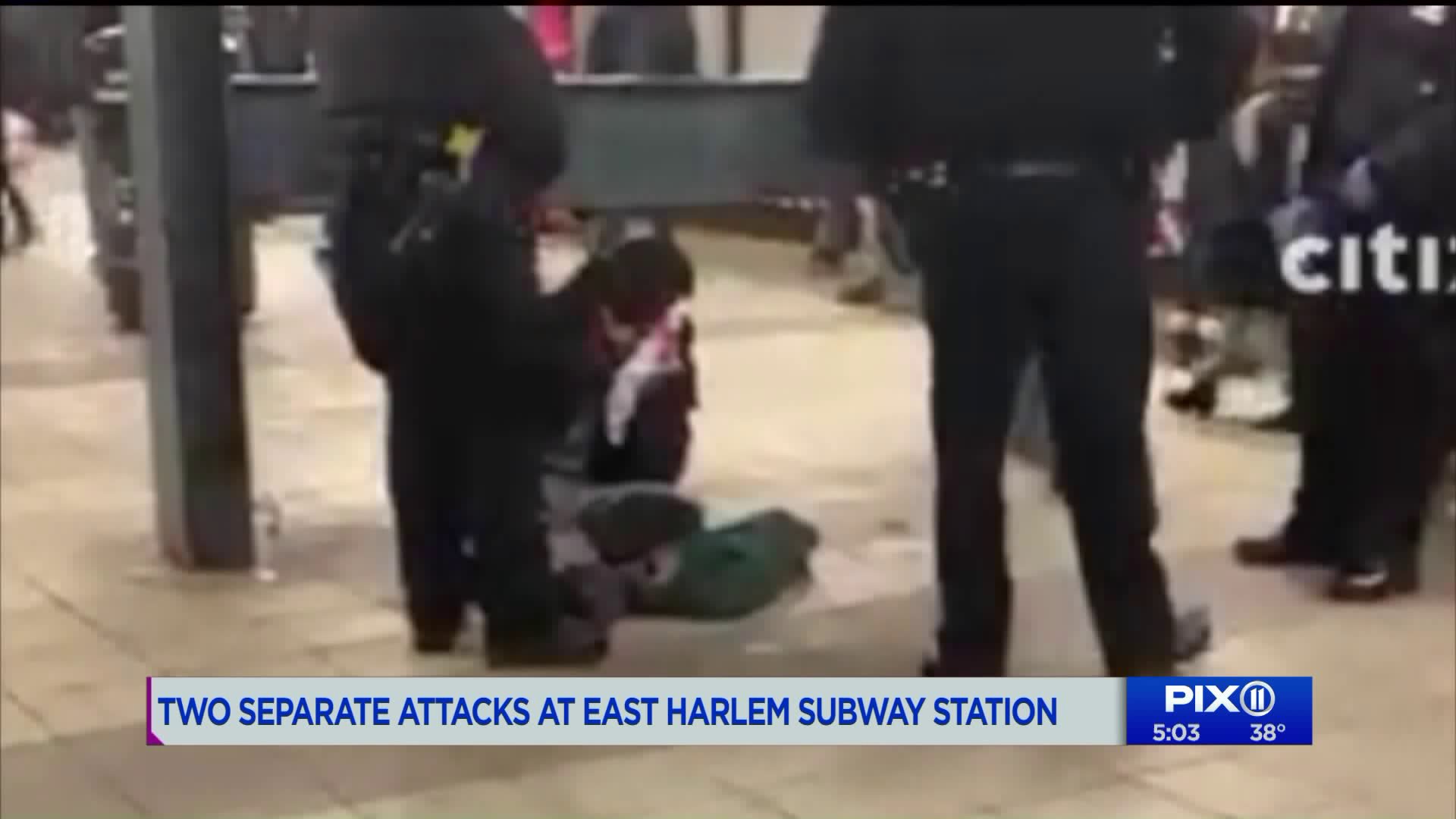 EAST HARLEM — The man who was slashed in the face on a crowded platform of an East Harlem subway station on Thursday told PIX11's Nicole Johnson he thought he was going to die.

"They tried to murder me," 34-year-old John Kramer said, wpeaking to PIX by phone Friday.

Kramer explained how the incident went down a the 125th Street-Lexington Avenue subway station along the 4/5/6 train line.

Police released these images of a suspect in the East Harlem subway slashing. (NYPD)

Kramer said it was when he accidentally bumped into a man in the busy station that it all started. "I backed up. He put up his hands like he wanted to fight me, and then he pulled out a knife," Kramer said.

"Somebody came up behind me and pushed me, and then he lunged at me with the knife at the same time," Kramer recounted.

Police on Friday released a photo of the suspect they're looking for who allegedly slashed Kramer.

Witnesses said Leonard became irate after the conductor asked him to stop holding the doors of a 4 train.

Police say that overall, crime in the city's subway system is not a major issue. They say on average, officers respond to maybe six or seven incidents a day.