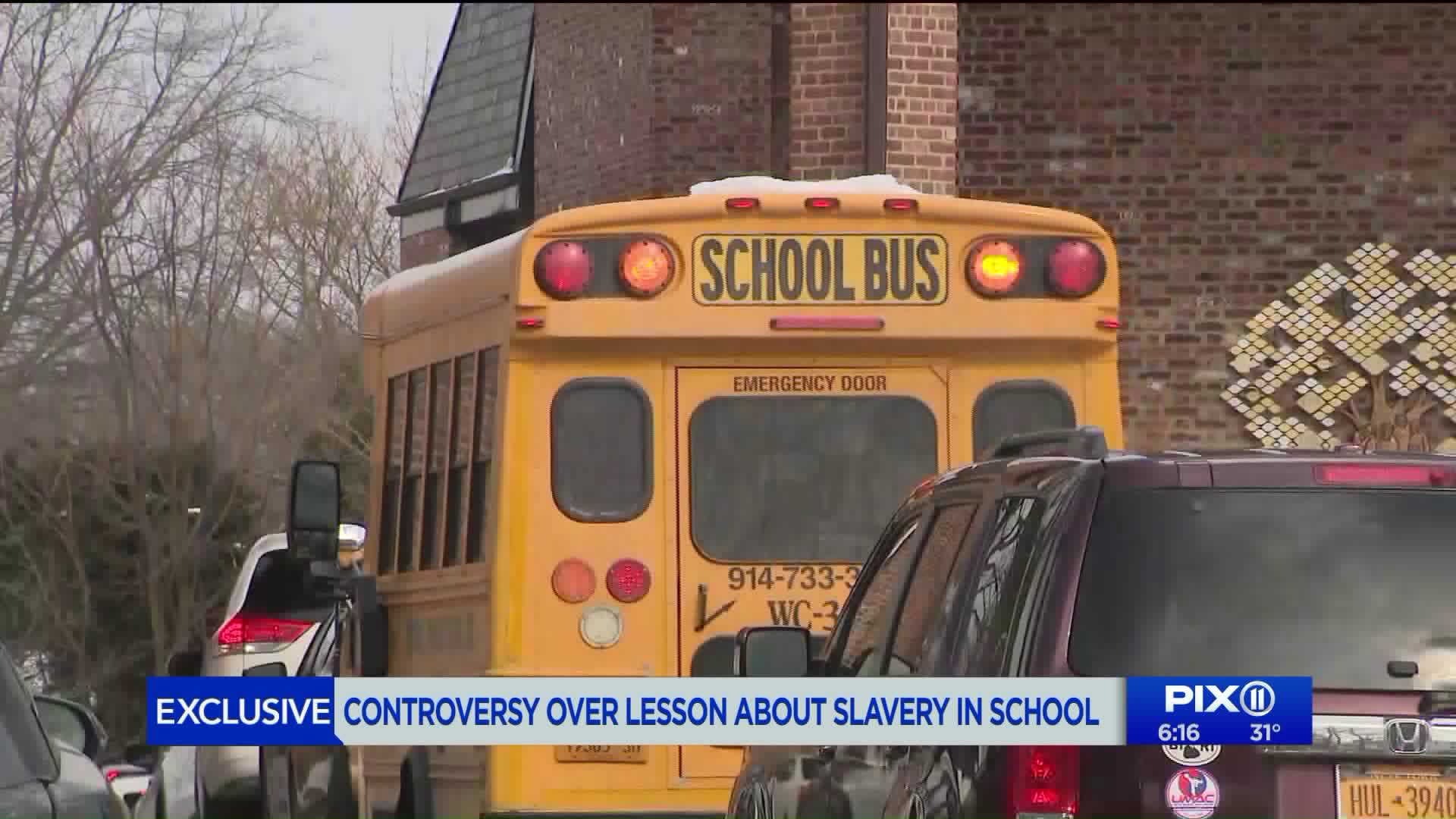 The teacher who led the lesson has been removed from the classroom. Parents are going to an emergency meeting at the school.

BRONXVILLE, N.Y. — The Chapel School in Bronxville called emergency meetings with parents Thursday after a controversial lesson on slavery.

“I’m getting teary eyed about it because it’s like, how could somebody do this to my son,” mother Vernex Harding said.

Harding said her son recalled the teacher pulling the African-American students into the hallway “to put imaginary chains along our necks and wrists, and shackles on our ankles.”

The African-American students were then brought back into the classroom and their classmates were encouraged to bid on them in a mock auction, the Harding family said.

In an email to the school, the principal called the lesson “racially insensitive and hurtful.”

The school is now investigating and the teacher involved has been removed from the classroom.

Attorney General Letitia James sent PIX11 a statement Thursday, “the reports of racist ‘lessons’ by a teacher at The Chapel School are deeply troubling. My office is monitoring this matter closely.”

Joshua E. Kimerling, an attorney for the teacher, released the following statement on Friday:

"The portrayal of the history lesson that has been reported is inaccurate, out of context, contains false facts and ignores the overwhelming support of our client from dozens of parents at the school, including several letters of support from African-American parents with children who have been taught by our client, a loving, devoted and uniformly respected teacher for more than fifteen years, the last five of which have been at The Chapel School. Our client loves her students and is beloved by them. To the extent anyone took offense to a small portion of the overall lesson that day that was used solely to emphasize the tragic injustice of slavery, it certainly was never intended. She looks forward to continuing teaching with the same dedication, sensitivity, and passion that she has always shown."