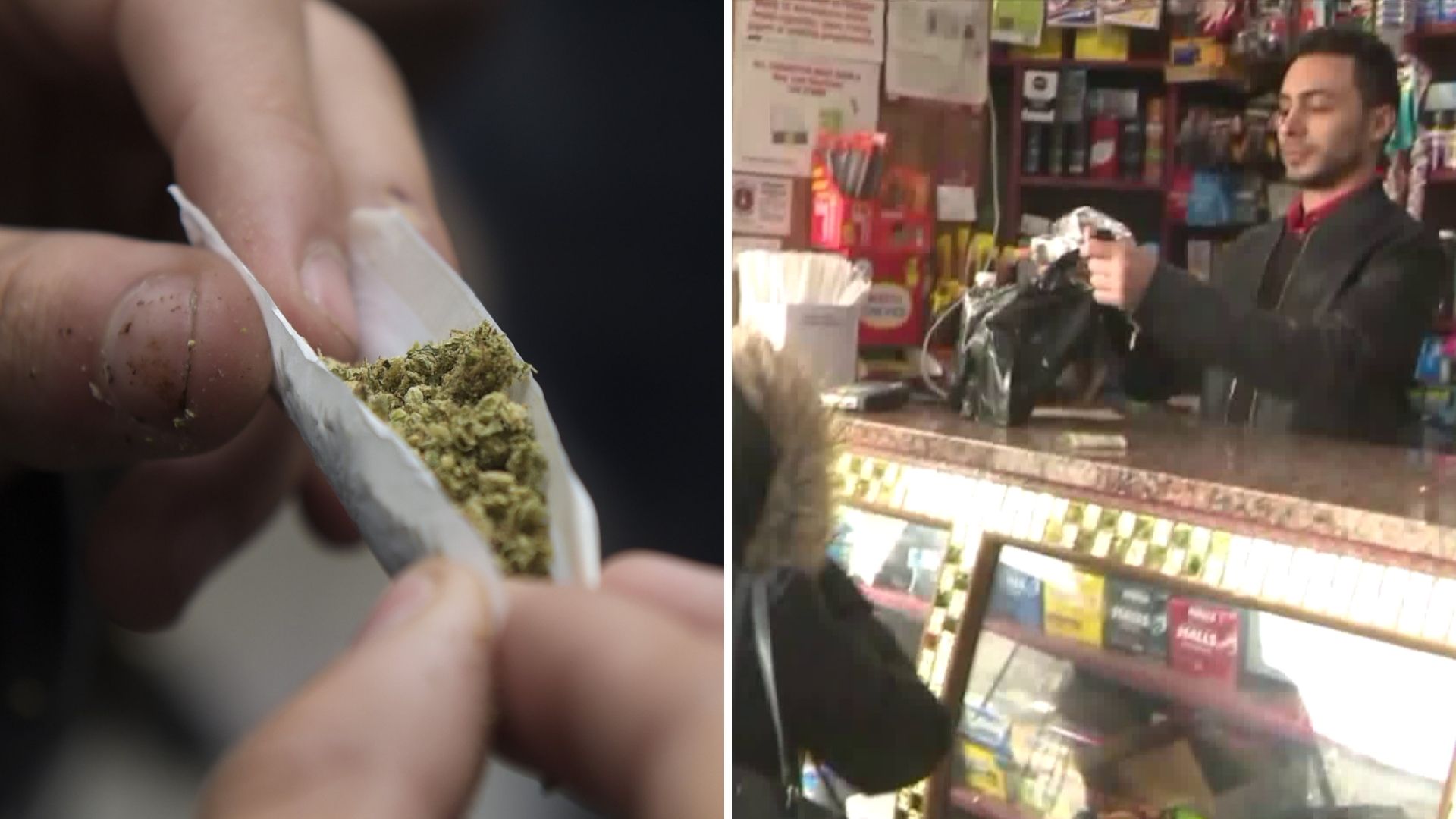 Nearly a month after one group of bodega owners made a case that weed, if legalized, should be allowed to be sold in New York City bodegas, another group are opposing the idea, saying their stores are often safe spaces for families in their community.

MANHATTAN — Bodega owners are split about whether or not legal recreational marijuana should one day be sold in their stores.

The Bodega Association of the United States, which represents 5,000 bodega, said Friday that recreational marijuana should not be sold in their stores.

“What we sell represents the community, and we should not sell it because that promotes it to the kids,” he said.

However, even his costumers are not quite sure why they shouldn’t one day just be able to buy some pot along with everything else.

“If it’s legal you walk into the store just like you buy cigarettes and beer, it’s the same thing,” said one shopper.

The push Friday for state legislation to ban weed in bodegas comes less than a month after a separate group of Bodega owners rallied in the Bronx in favor of allowing marijuana sales in their stores.

They see it as social justice issue, and want to see marijuana dollars dedicated to areas historically targeted for marijuana arrests.

Councilman Ydanis Rodriguez said he agrees communities of color should certainly benefit from recreational marijuana sales, but said just not at the bodegas.

Bodega owners said they also have safety concerns about selling marijuana.  They are already targeted by criminals at a disproportionately higher rate than many other stores.