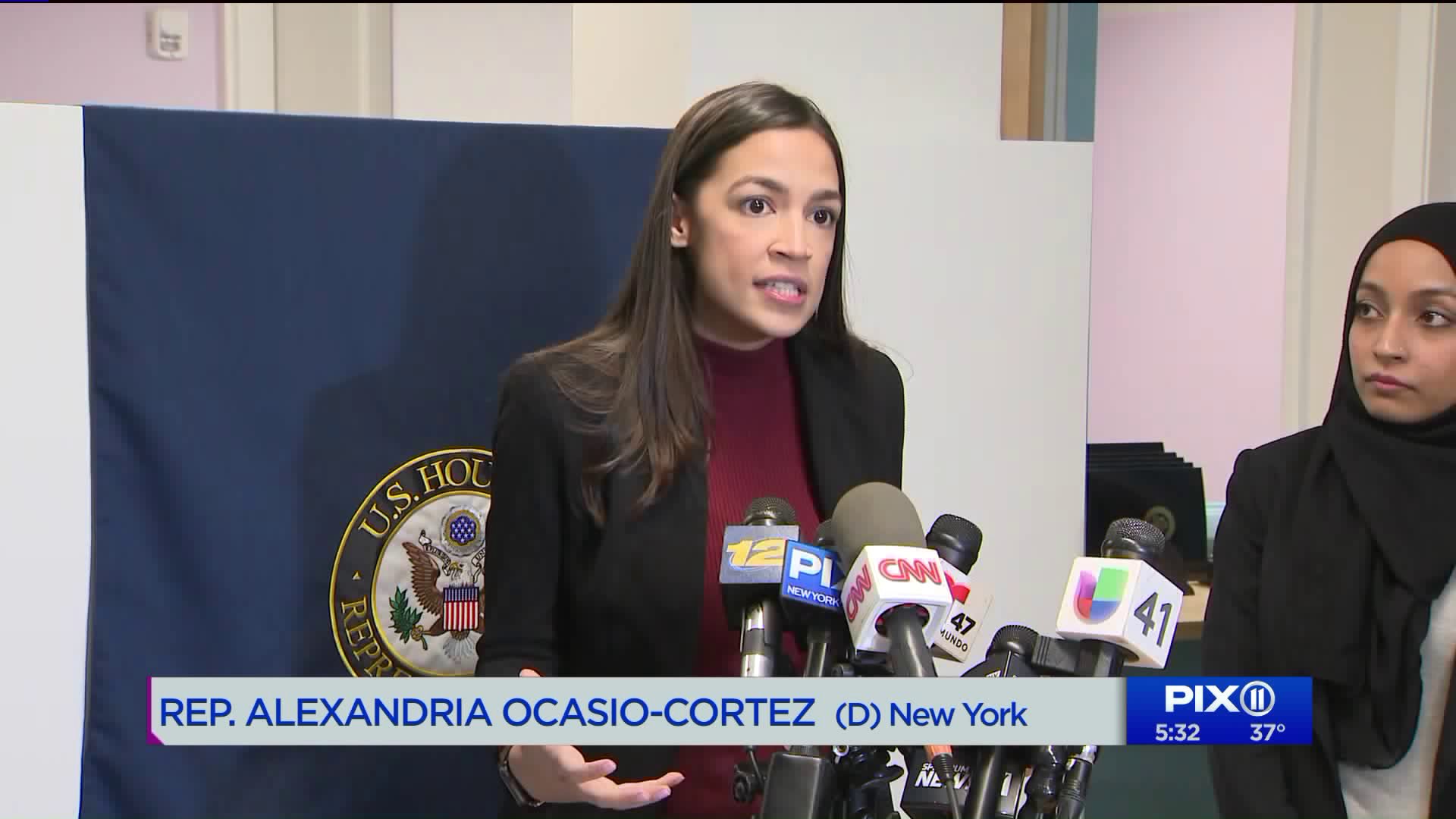 The cost for the space is $5,400, compared that to nearly $15,000, which is what the team would`ve spent had they stayed at former Congressman Joe Crowley`s office.

She's the last freshman member of Congress from New York to do so. The delay was for a good reason, she said.

"Since the district and the community has not had a new community space for a very long time," said Ocasio-Cortez. "We decided to scope out and renovate and build a new one from scratch."

It's located on the third floor of 74-09 37th Avenue in Jackson Heights, Queens.

The congresswoman had documented the progress on social media.

Another factor playing into the delay was money.

The cost for the space is $5,400, compared that to nearly $15,000, which is what the team would've spent had they stayed at former Congressman Joe Crowley's office.

During a 21-minute press conference, the progressive firebrand touched on the failed amazon deal, which would've brought some 25,000 jobs to queens and had strong support among New Yorkers, according to polling.

"Very large amounts of community organizations were saying we don't want this in our backyard," Ocasio-Cortez said.

She also touched on her recent questioning of Michael Cohen over President Trump's real estate taxes.