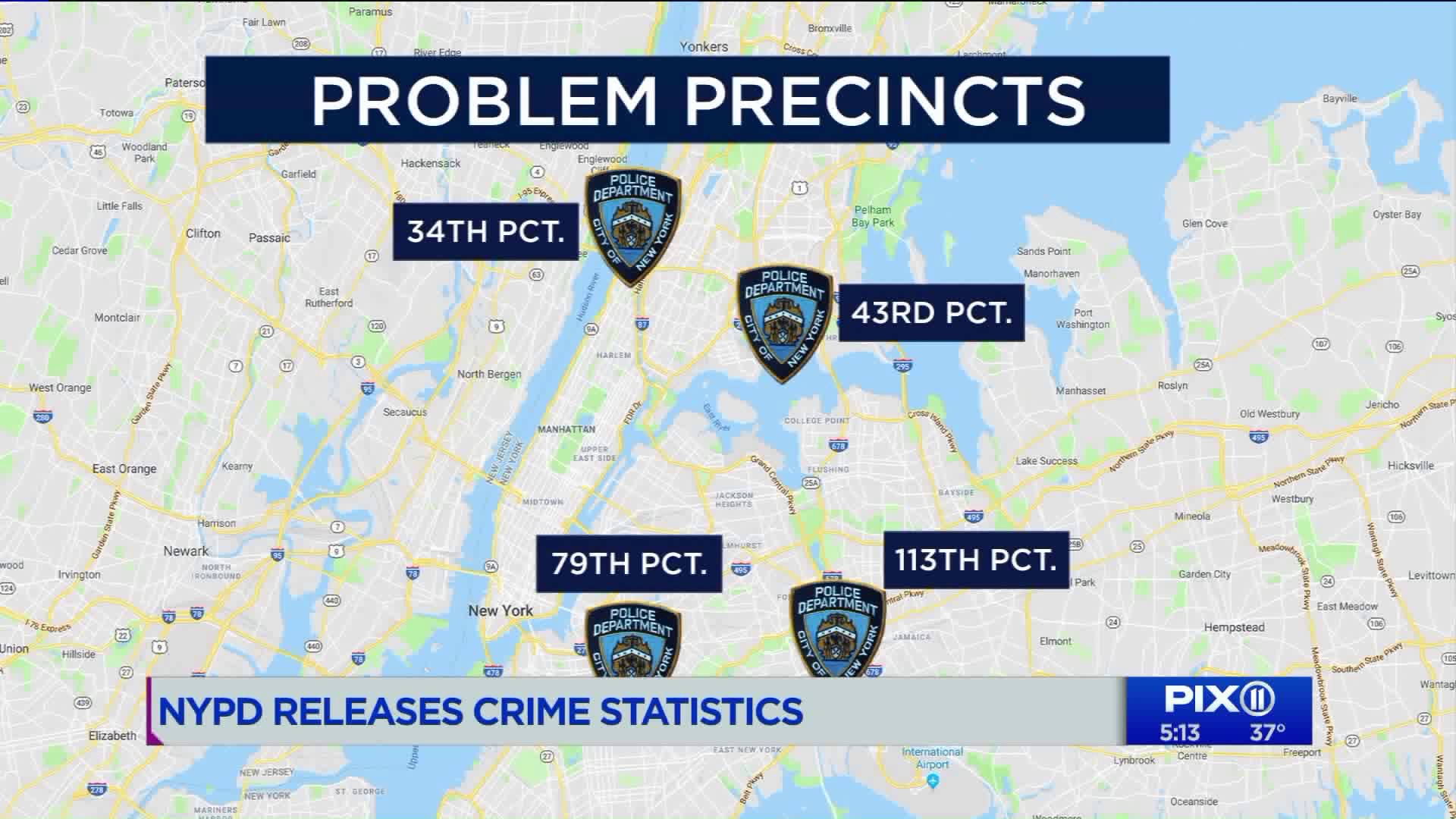 While crime overall is down, the murder rate is up. The NYPD released a five-point plan on Monday to target violent crimes.

NEW YORK — While crime overall is down, the murder rate is up; so the NYPD released a five-point plan on Monday to target violent crimes.

The plan includes precision deployments, stronger gun prosecutions and an expansion of the CeaseFire program, which provides interventions to known gang members. It also involves a plan to make sure resources are provided to parolees. The final point involves intensive domestic violence fun investigations.

"New York City has seen massive overall reductions over the years and I'm proud of the work our members on the ground do to continually focus – very precisely – on the real drivers of crime," said Police Commissioner James P. O'Neill. "Through the next iteration of Neighborhood Policing, we are bringing together fellow city agencies, elected officials and neighborhood leaders to build trust, strengthen relationships and take action together to further drive down crime and violence."