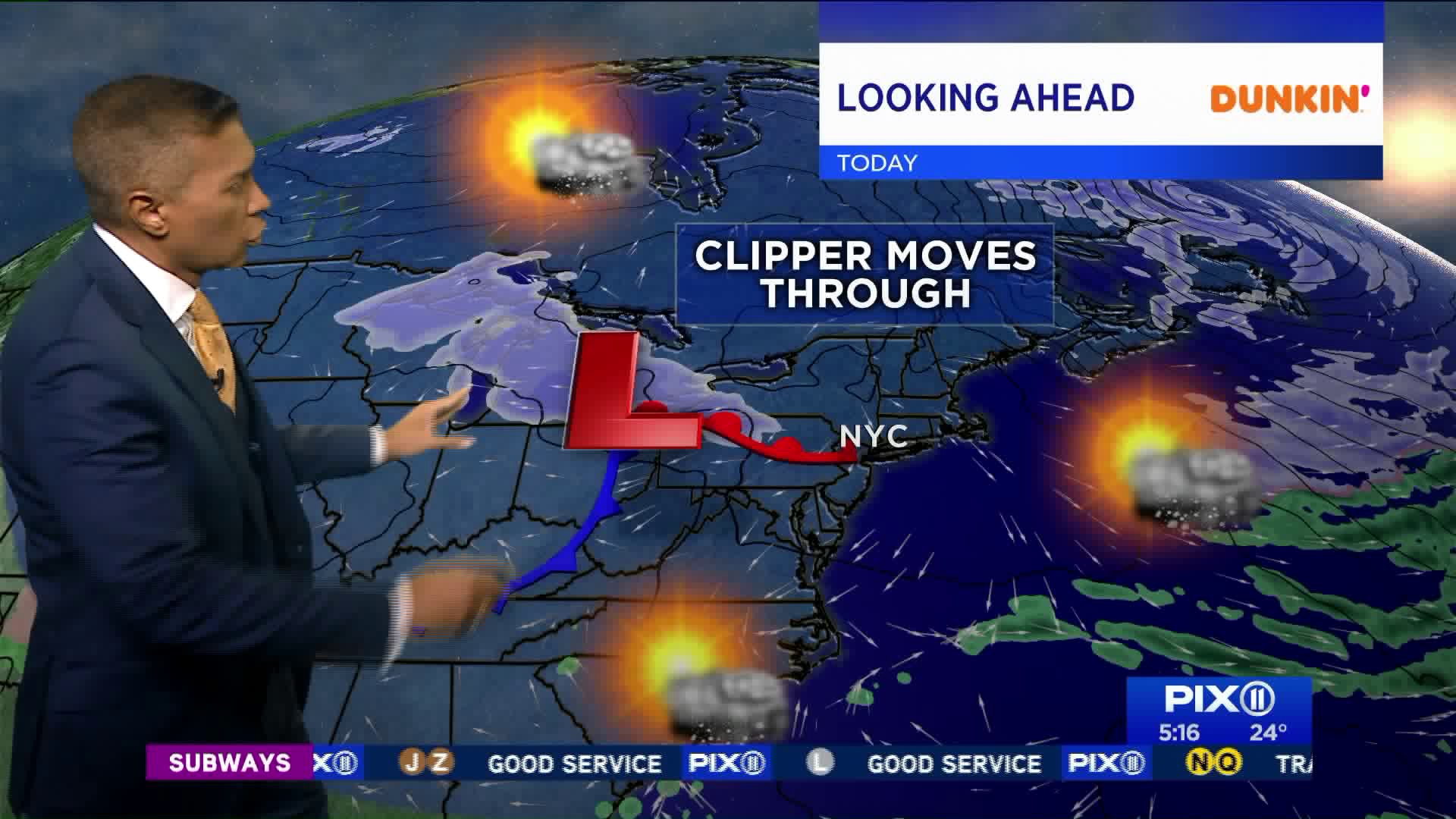 Expect a chance of snowflakes in the afternoon with a high of 30 degrees. Meteorologist Byron Miranda has the forecast and whether or not we can expect a warmup

NEW YORK — A weak system will move across the region late on Wednesday bringing the potential of light snow.

Snow will begin in the afternoon, with chances increasing into the evening, according to the National Weather Service. Parts of the region will see accumulations of 0.5 to 3 inches, which higher totals expected in southern Connecticut.

A fast moving area of low pressure will move through later Wedensday followed by a return to dry weather to end the work week.  We can expect mostly cloudy skies with snow showers developing, especially north and west of NYC.  Minor accumulations will be possible in the Hudson Valley, Connecticut, and Westchester counties in New York.  The high temperature will be 30 in the city, upper 20s in the suburbs.

A winter weather advisory remains in effect from 3 p.m. Wednesday to 6 a.m. for parts of southern Connecticut.

❄️[Light Accumulating Snowfall Wednesday➡️Thursday AM] Snow may begin this afternoon, with chances then increasing into the evening. Total snowfall accumulations of 0.5 to 3 inches are likely. with highest totals across interior southern CT where 2 to 3 inches is forecast. pic.twitter.com/1IUf3ByaFJ

Thursday will be mostly cloudy and milder as high pressure will once again be in control of the weather for the region.  The high temperature will be 40 in the city, low 40s in the suburbs.

Friday will be mostly cloudy as a storm system will approach the area from the west.  The high temperature will be 41 in the city, low 40s in the suburbs.

Saturday will be cloudy with periods of rain, which may start as snow north and west of the city.  Temperatures will be mild with a high of 46 in the city, mid 40s in the suburbs.

Sunday will be partly cloudy and turning colder as low pressure will move away from the region.  Winds will be gusty as high pressure slowly moves into the area bringing a return to cold temperatures.  The high temperatures in the 39 in the city, upper 30s in the suburbs.

Monday will be partly cloudy and colder as Canadian Air will settle into the area bringing a frigid feel to the temperatures.  The high temperature will be 34 in the city, low 30s in the suburbs.