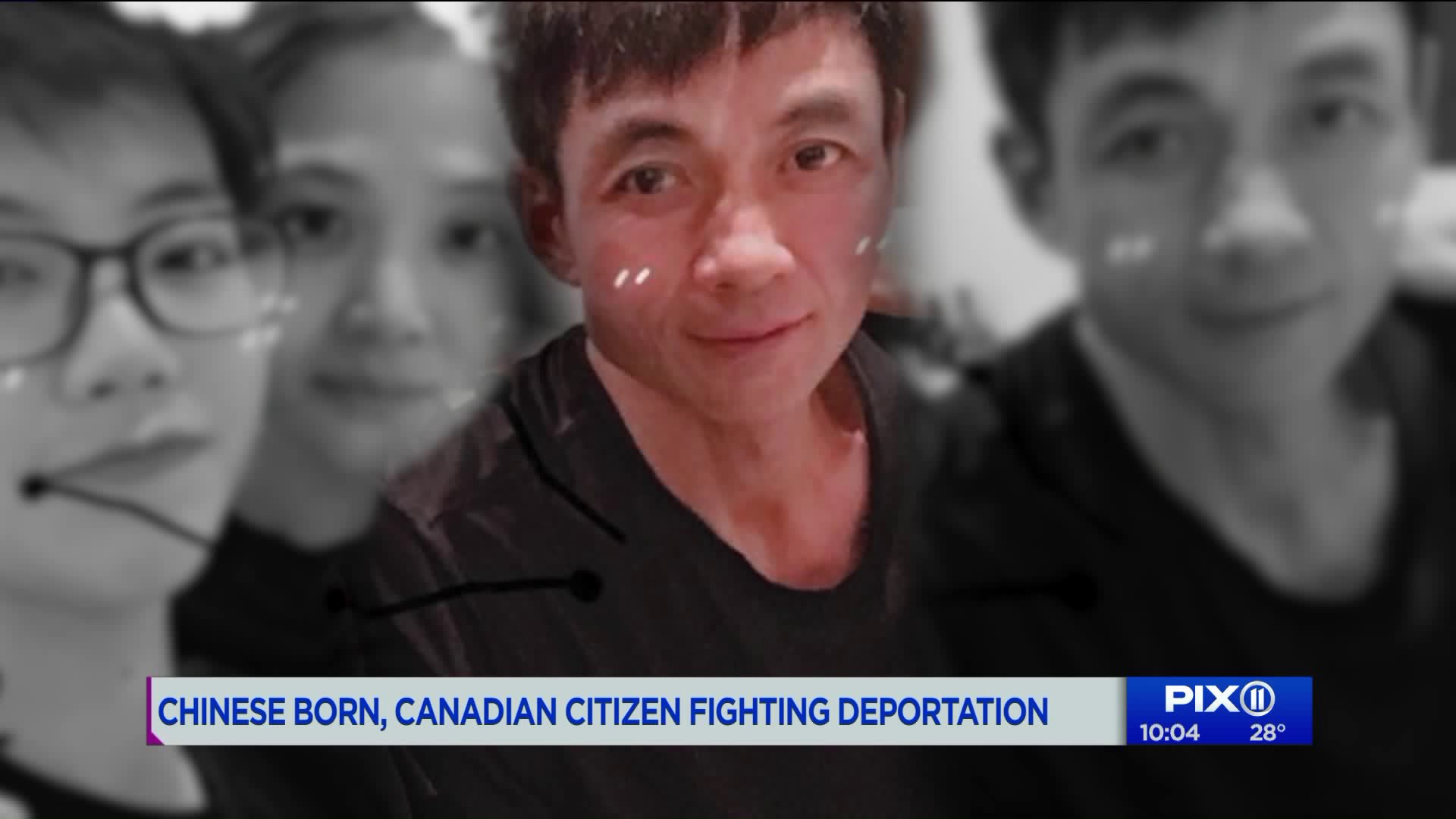 Zeng Kui-Kui Li, a Chinese-born Canadian citizen living in Queens with an active U.S. green card application, was snatched off the street in by ICE and now he and his family are fighting his deportation back to China.

MURRAY HILL, Queens — A 48-year-old man had just left his Queens home for coffee when he was detained by Immigration and Customs Enforcement.

Zengkui Li lives in Murrary Hill. He’s a Chinese-born, Canadian citizen who’s been living in the US since 2011, and has an active green card application to remain here. But a decade ago, the Chinese government accused Li of arranging for more than three dozen Chinese nationals to illegally leave China for London.

Chinese officials sought out help from Interpol – the international law enforcement agency – to issue a warrant for Li’s arrest and extradition back to China – where he could face life in prison.

“We don’t have an extradition treaty. So, there is absolutely no authority for a us ice official to apprehend a lawful us resident for china,” said family attorney Jean Wang.

If you’re asking yourself why Li was detained , even though he had an active green card application in the system, the answer is familiar: ICE's zero-tolerance approach to enforcement since President Trump’s election.

Specifically, the government often argues there are certain situations and criminal charges that can cancel out an immigrant’s protected status.

ICE did not get back to us with a comment in time for this report.

Chembi Li says her father’s case, and his absence has torn apart their close knit family.

"He's a great father," she said. "This happened so suddenly. We all can't figure out what it is."