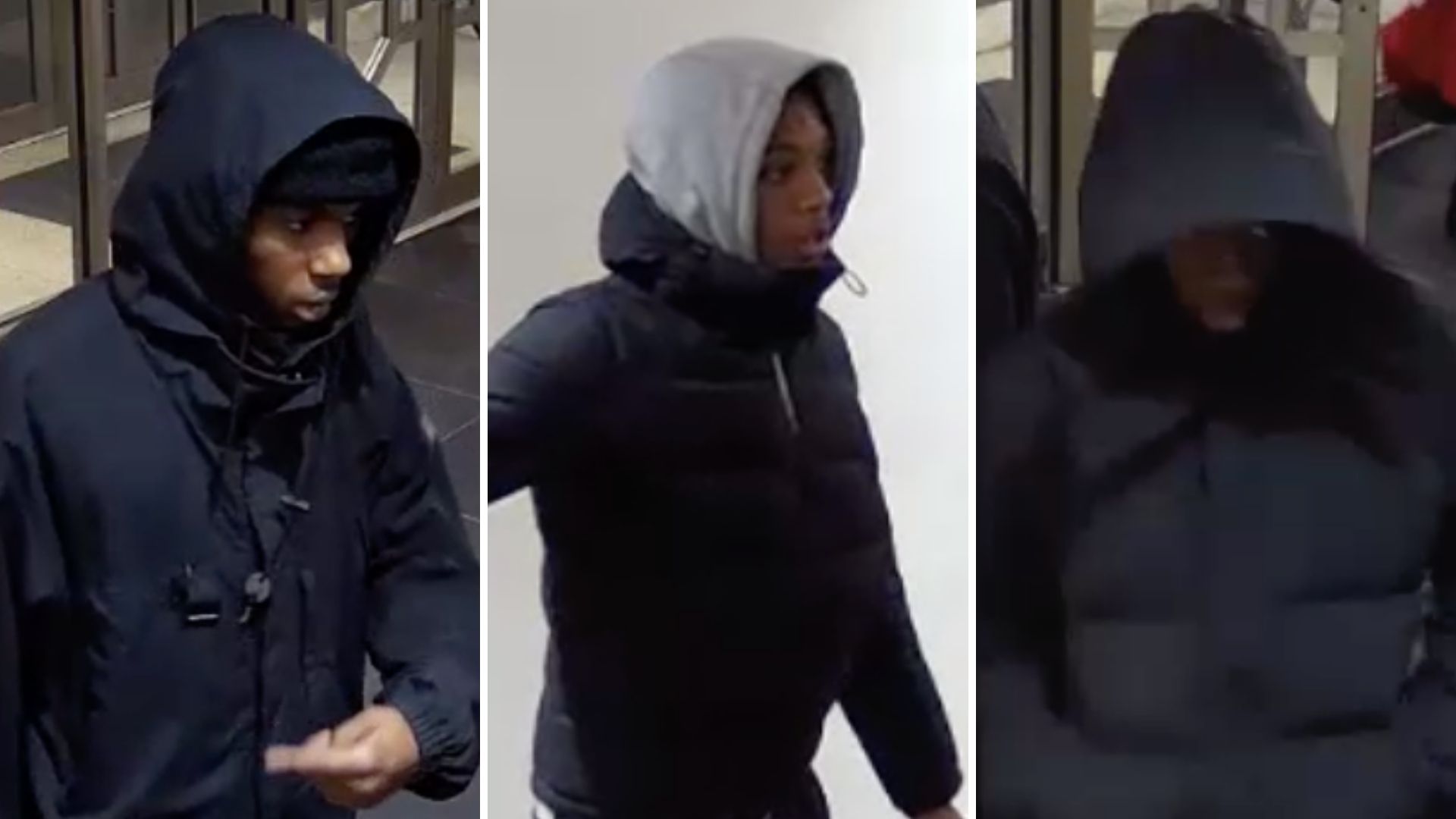 DITMAS PARK, Brooklyn — Police are looking for three men they say punched and robbed a man in Brooklyn of two cellphones, after he showed up to sell one of the phones.

The 32-year-old victim made an arrangement with an alleged buyer on the app "Let Go"  to sell his iPhone X, police said Saturday.

When the victim drove up to 1111 Ocean Ave. on Feb. 7 at 8:50 p.m., intending to meet the buyer from the app and complete the agreed-upon sale, two males approached his vehicle, according to police.

Authorities say one of the suspects got into the victim's car, punched him in the face, and stole both the iPhone and the victim's Blackberry phone.

The two men fled back to the building, where the third suspect allegedly opened the door and let them inside.

Police have released the above surveillance footage of the three suspects, in hopes that the public can help identify them.