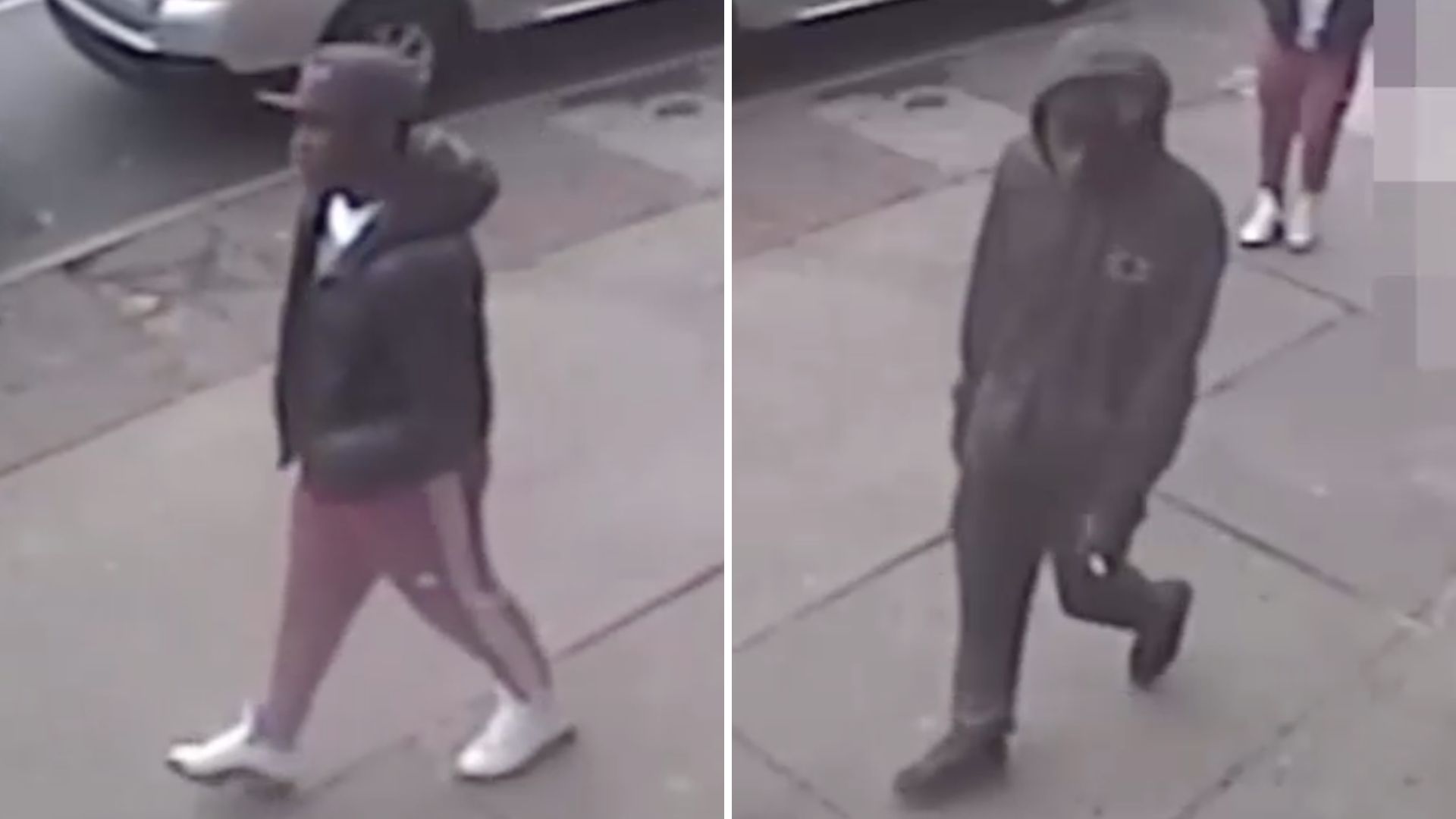 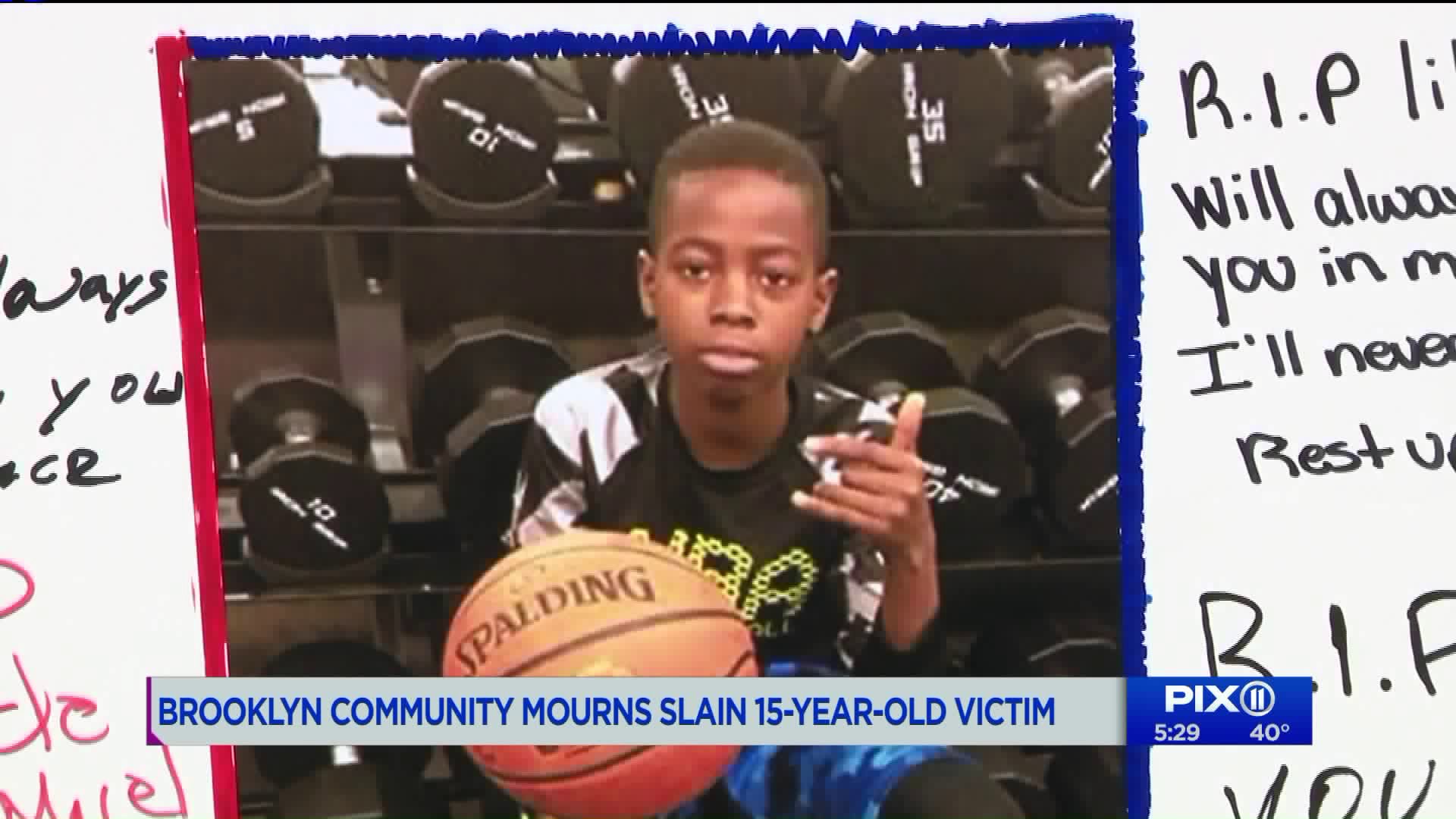 BROOKLYN — A Flatbush community mourned 15-year-old Samuel Joseph at a prayer vigil Saturday, after the teen was gunned down in his Brooklyn apartment building the night before.

Haitian American community leaders and more gathered by a growing memorial of candles and messages for the slain Erasmus Hall High School student.

During the vigil, Flatbush Assemblywoman Rodneyse Bishotte told those gathered that two men in newly released surveillance footage from police first asked Samuel's little sister where her brother was, right before shots were fired.

However, it is unknown if maybe the suspected gunman was looking for Samuel's older brother.

Police responded to 1395 Flatbush Ave. just before 6 p.m. Friday and found the teenage boy with gunshot wounds to his head and torso, authorities said.

Police released the below surveillance footage of two suspects Saturday evening, hoping the public can help them identify the two men they describe as between 18 and 25 years old.