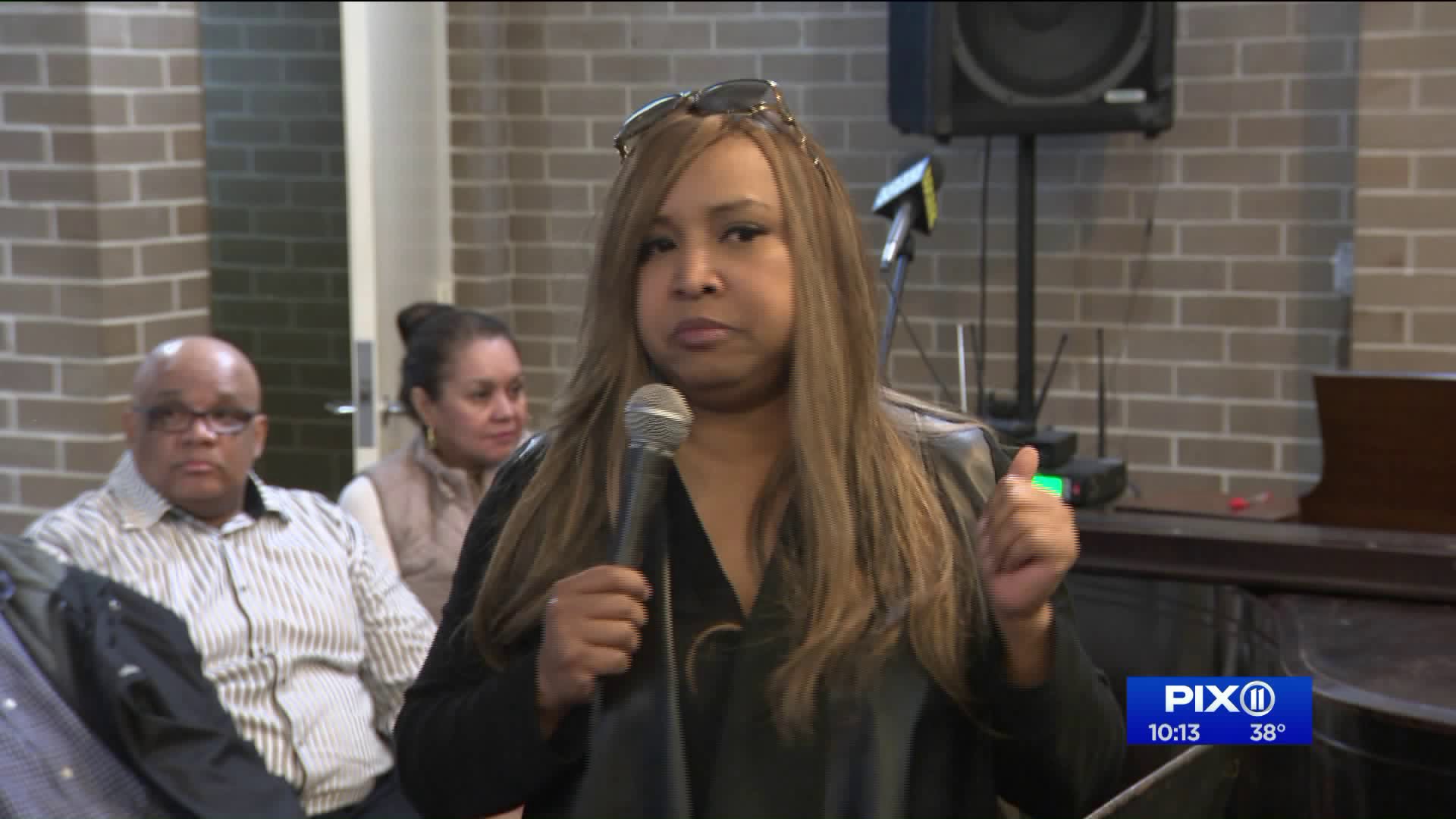 UPPER WEST SIDE — Over 100 tenants of the Douglass Houses packed a town hall meeting inside Grace Methodist Church Friday night.

They came to hear what happened when HUD Regional Administrator Lynne Patton and Tenant Association President Carmen Quinones went to the White House on Thursday – and to speak out about the many problems inside the NYCHA property.

“I’m not a Republican, I’m not a Democrat, I am a mother first, a grandma second,” said Quinones. “I live here and I don't like how I'm living, and enough is enough.”

At times things got spirited.

“I'm 82 now and I haven’t gotten any respect. I am somebody!” one resident shouted during the town hall.

“When I’m looking at inhumane conditions, no one should be quiet,” said resident Jonathan Newkirk.

“My building, we’re infested with rats. Our mailbox was broken into,” resident Taralynn Benvenutti said.

Benvenutti said open tickets are a big problem – that the work orders are never completed before being closed out.

PIX11s Monica Morales has been covering the plight of NYCHA residents – and she helped make yesterday’s trip to Washington D.C. happen, as she was the one who introduced Quinones to Patton.

Morales followed along as the pair went to Washington yesterday or a closed-door meeting with President Trump.

“I said 'I'm not here for a photo-op, I'm here to talk about public housing,'" Quinones recounted.

“This will not be my last trip to D.C. with residents. You guys will be heard,” Patton told residents.

Patton is wrapping up her second stop on her four week tour of NYCHA housing. She’s been living at Douglass Houses all week.

“I hope she had nice experience in Douglass and see firsthand what’s going on,” said Judith Medina, a resident of 31 years. “Outside it’s nice, inside its rotten.”

Residents told PIX11 they finally feel they have a voice, but at the end of the day, it’s all about who’s listening.