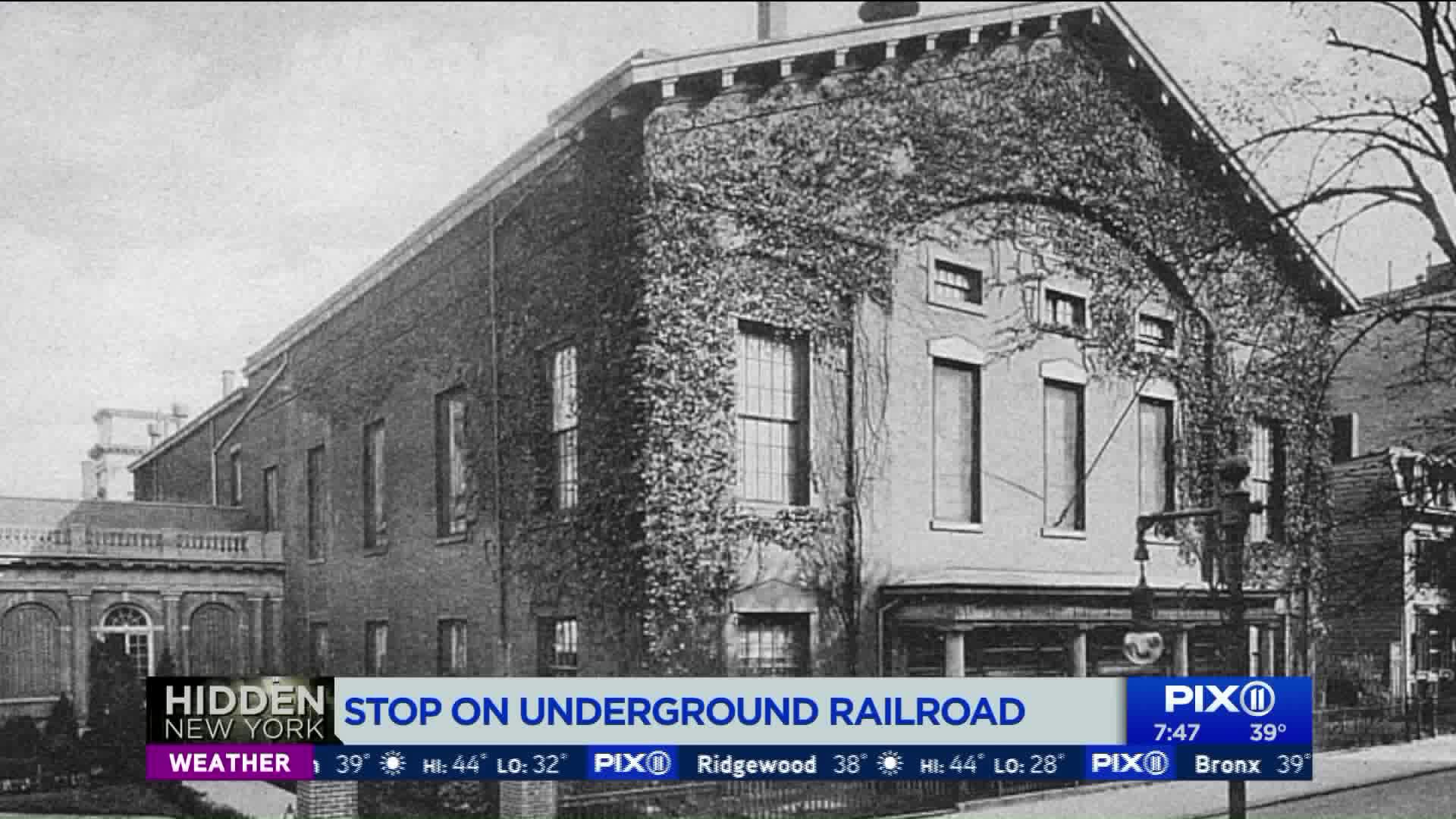 Brooklyn Heights is home to Plymouth Church. A church and it’s members that staked their livelihood and reputation on helping slaves escape to freedom.

A church and it’s members that staked their livelihood and reputation on helping slaves escape to freedom.

They were called the “Grand Central Depot”, one of the most important stops on the Underground Railroad.

“The Underground Railroad was not under ground and it was not a railroad,” explains Rev Brett Younger, senior minister at Plymouth Church today.

“It was a code; it was a way of talking about passengers and stations and stationmasters and depots, so they could have a different language as they helped those escaping to freedom.”

In 1827 New York outlawed slavery but the 1850 Fugitive Slave Act made it not only a crime to help a runaway but also a crime not to turn slaves in.

The pastor of Plymouth church and all its church members, numbering 2,000 at the time, risked prison, fines and losing their livelihoods if boycotts ensued.

The church pastor was Henry Ward Beecher, a famous abolitionist.  The basement of the church became a safe haven.

Slaves hid there for one or two nights until they could be placed in homes in the neighborhood since Brooklyn police were more likely to raid the church, than private homes.

Abraham Lincoln took notice.  He came to hear Beecher preach and the very next day laid out his abolitionist views at Cooper Union in Manhattan.

He famously said to her, “You’re the little lady whose book started this great war.”

It seems both Beecher’s inspired the other to carry on this work.

A couple more pieces of history.  Church member Branch Rickey, the general manager of the Brooklyn Dodgers, prayed at the church for over an hour before announcing he was going to do the right thing.

He then signed Jackie Robinson to a contract.

Martin Luther King preached at Plymouth Church just a few months before his ‘I Had a Dream’ speech, trying out the themes of the speech to the congregation first.

Next time you’re in Brooklyn Heights, stop in.  Abraham Lincoln has his own pew.

There are many other artifacts that tell the story of this amazing church.

Noreen Lark contributed to this report.