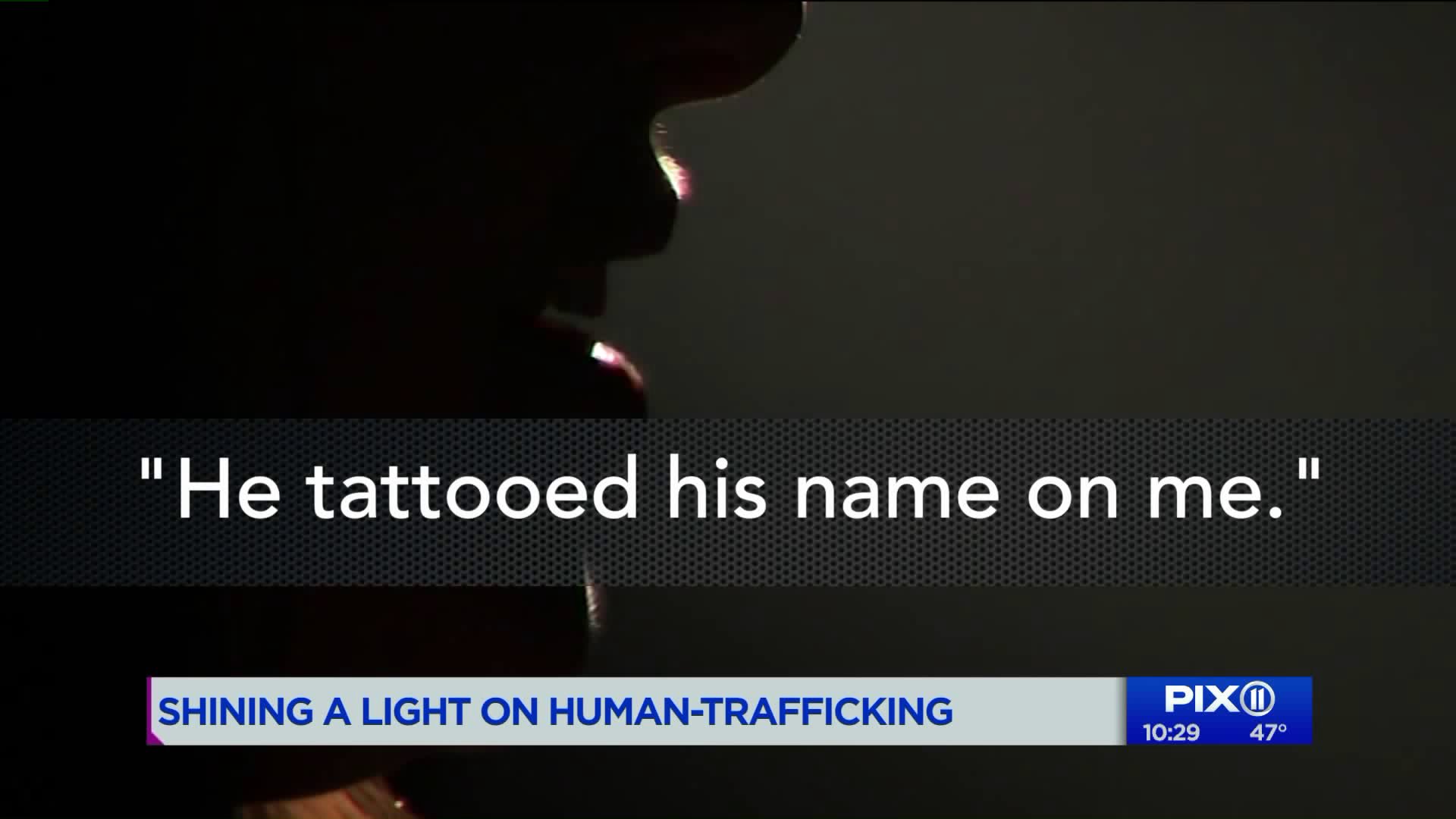 Six months ago, a sex-trafficking victim made a run for it after over six years of being tortured and sold for sex.Marie, who`s now in her 20s, was fed crack every night. PIX11 is concealing her identity for safety reasons.

LONG ISLAND, NY — Six months ago, a sex-trafficking victim made a run for it after over six years of being tortured and sold for sex.

Marie, who's now in her 20s, was fed crack every night. PIX11 is concealing her identity for safety reasons.

"I was petrified to leave. I thought he was going to kill me," she said. "I had to make a quota for my pimp every night.”

He tattooed his name on her.

While she’s still branded and emotionally battered, she was brave enough to tell her story to PIX11's Jennifer Bisram.

"There would be times where I didn’t have food for days," Marie said.

She's now getting help from the Suffolk County Police Department and support groups.

"Some of these girls can see 10 guys in one day," said Detective Lt. Frank Messana, who works in department’s Human Trafficking Investigations Unit.

He said there are certain warning signs that stand out.

"You have someone who all of a sudden has a lot of money, expensive things, a much older boyfriend, those are signs," he said.

PIX11 went to the Rodeway Inn in Ronkonkoma, where detectives recently busted a sex-trafficking operation.

"We were surprised about how many hotels were trafficking on Long Island," said Messana.

Hidden cameras recently captured an undercover cop inside of another motel, posing as a john. There are pending charges in that case as well.

According to the Suffolk County Police Department, detectives rescued more than 35 young girls who were forced into prostitution on Long Island in the last 11 months.

The youngest was just 12.

And, in 2018 there were 32 arrests involving sex-trafficking crimes in Suffolk County, with over 200 indictments.

Investigators say money is the motive.

Now, as detectives continue to work to get girls in the game off the streets and their pimps locked up, Marie is turning her life around and calls herself a survivor.

"I want girls to know you can leave and you can survive, you don’t need sex and money to be beautiful," she said.

The case is still ongoing against Marie's pimp.

Police say he is facing charges.

Marie is currently in treatment programs and taking classes to become a medical assistant.

If you know someone who many be a victim of sex trafficking on Long Island, contact the Suffolk County Police Department.

The department has partnered with several organizations to help girls transition back into their lives.

Some of them include: