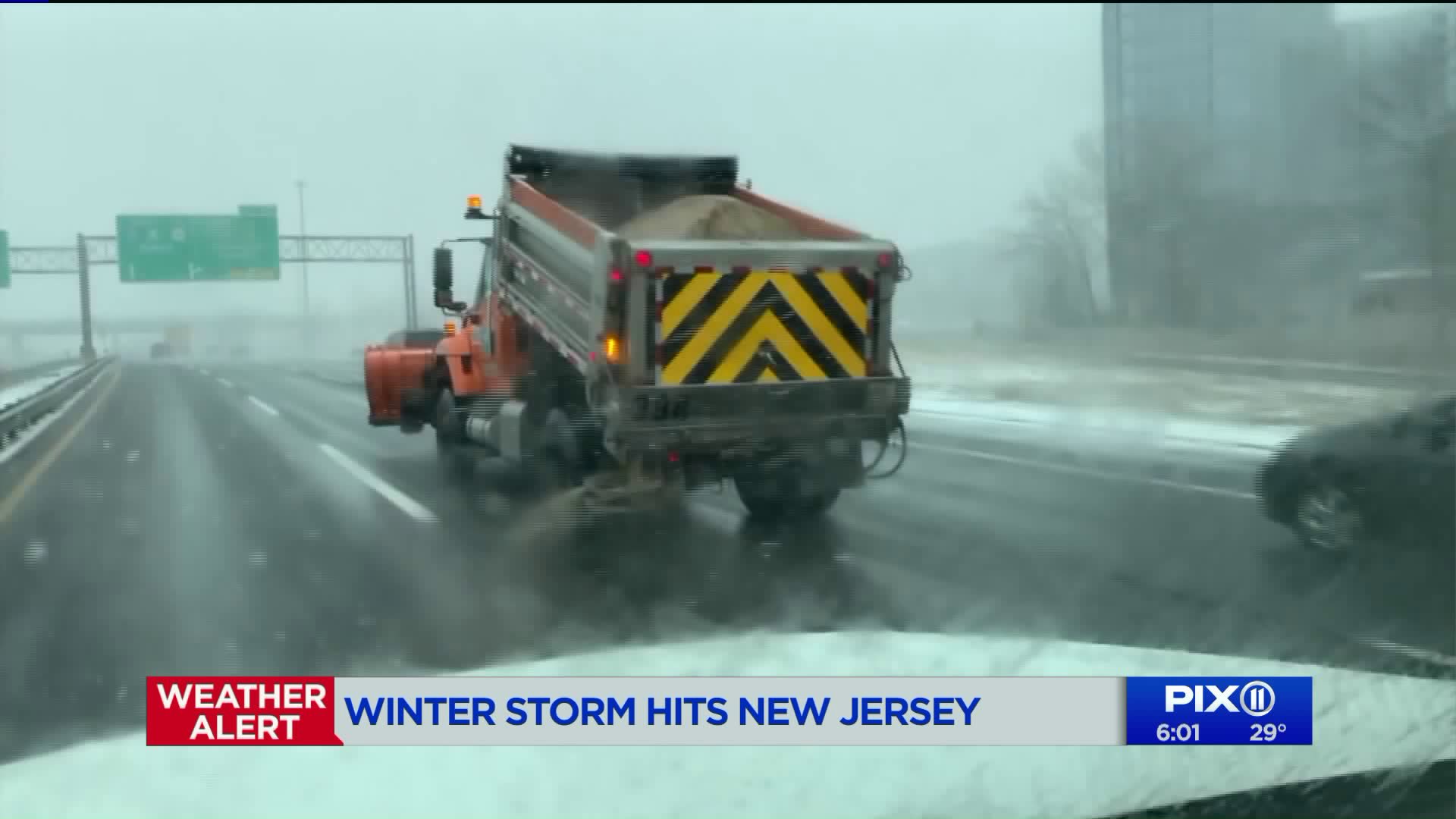 The snow started falling around 11 a.m. in the Garden State, but six hours earlier, Gov. Phil Murphy issued a state of emergency. The decree restricted semi-trailer trucks from driving on all major highways except the New Jersey Turnpike, the Garden State Parkway, and the Atlantic City Expressway.

VERONA, N.J. — Wednesday’s winter storm left more snow in parts of New Jersey than anywhere else in the region, but because that snow ended up turning to freezing rain, sleet, and then rain — almost all in the afternoon and evening — it made for a potentially treacherous evening commute, and for generally dangerous driving conditions all night long.

It was something that New Jersey emergency managers had anticipated, and their advance planning seemed to have helped minimize the weather-related hazards.

The snow started falling around 11 a.m. in the Garden State, but six hours earlier, Gov. Phil Murphy issued a state of emergency. The decree restricted semi-trailer trucks from driving on all major highways except the New Jersey Turnpike, the Garden State Parkway, and the Atlantic City Expressway.

The point of the restriction was to prevent the extreme, region-wide gridlock that had taken place last November. When a snowstorm unexpectedly dumped about half a foot of snow on the tri-state, it led to collisions on the George Washington Bridge that triggered a chain reaction, which in turn produced gridlock so bad that Sam Schwartz, the traffic engineer who coined the term “gridlock,” called it “clusterlock.”

It’s what commuter Darlene Sgarlato said that she was trying to avoid on Wednesday, as she wiped a couple of inches of snow off her SUV in the parking lot of her accounting firm. She’d loaded her work into her vehicle at midday, determined to do it at home instead.

“The last time,” Sgarlato said, referring to November’s storm. "It was an hour and 45 minutes to get home.”

Also letting out early on Thursday was almost every school in New Jersey, with the only possible exceptions being the schools that had shut down completely for the day because of the winter weather.

At Academy 360 Lower School in Verona, families were instructed that pickup would be at 1 p.m.

Ashley Rosado was among the families who showed up to take students home. “If it's going to be very dangerous, then it was good that we got out early.”

Being early is also a part of preparing for the worst effects of a winter storm, said Rahiem Dawsey, the maintenance supervisor at the school.

“Any time I hear any reporter, even Mr. G,” Dawsey said, referring to PIX11’s weathercaster, the right thing is to assume the weather event will happen earlier than forecasted, he said. If it’s predicted to start at noon, “I start getting ready at 10 o’clock. That's the way I deal with snow.”

Precipitation in various forms are expected into the night. Thursday’s high temperatures in the 50s are expected to melt the snow and ice.