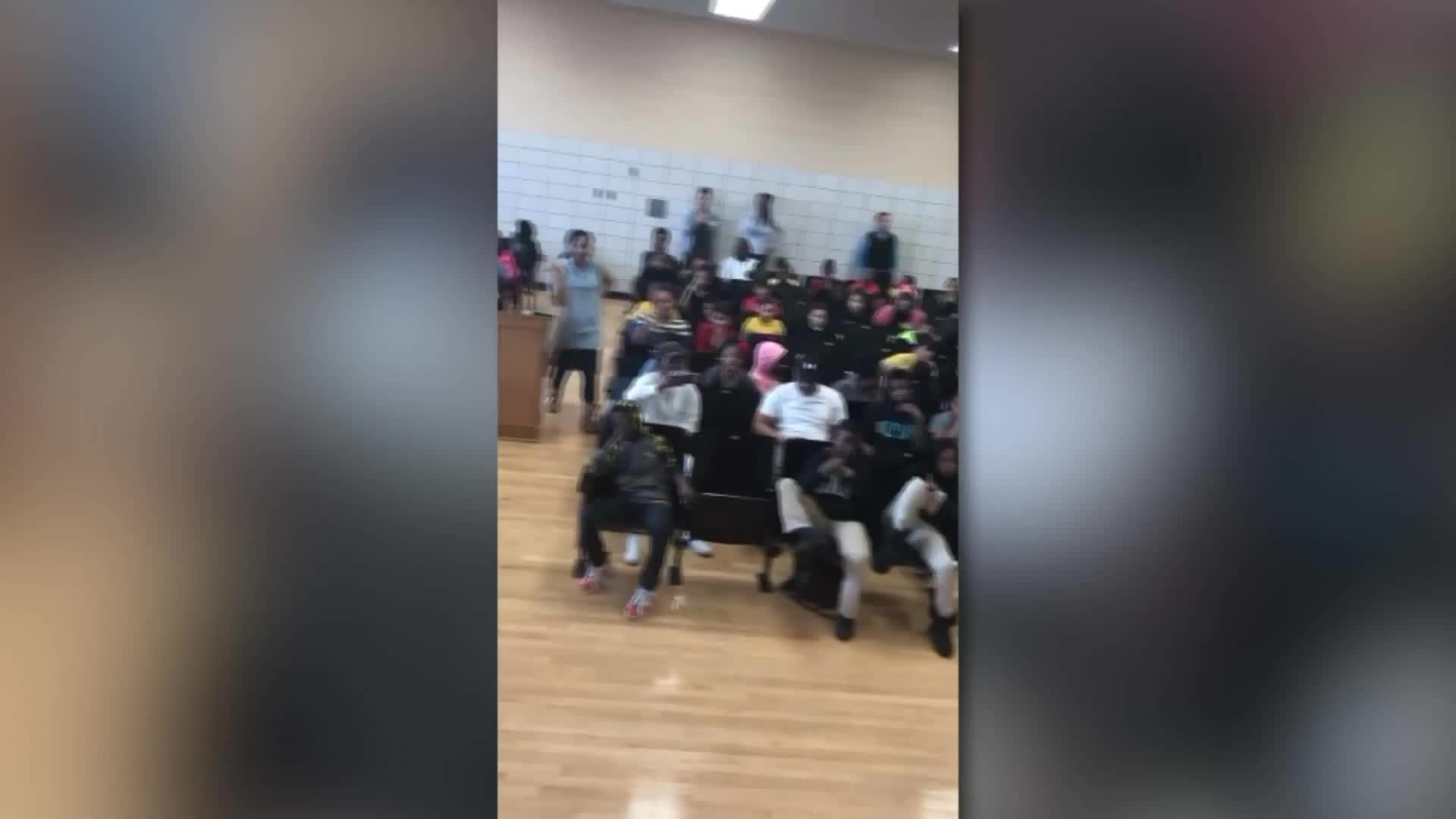 Two-thirds of New York City`s public school students are black or Latino, but those groups make up only 10 percent of the student bodies of its highest-performing, specialized high schools, and only 23 percent of its gifted and talented programs. That disparity frustrates many of the families of the city`s 1.1 million studentsof all races.

BEDFORD-STUYVESANT, Brooklyn — Two-thirds of New York City's public school students are black or Latino, but those groups make up only 10 percent of the student bodies of its highest-performing, specialized high schools, and only 23 percent of its gifted and talented programs. That disparity frustrates many of the families of the city's 1.1 million students—of all races.

One school, though, operates on the premise that having a majority of students, teachers, and faculty of color is a tremendous strength.  It's why the Ember Charter School for Mindful Education established itself eight years ago here as an institution that embraces separating people of color from other groups.  The school is made up almost entirely of people of color.

"When they have the opportunity to be taught by a person who reflects their culture," said Rafiq Kalam Id-din, founder of the school, in an interview, referring to his students, "it sends a message that they, too, are the curators of knowledge and skill and information."

The pre-K through 8th grade school accepts all applicants, almost exclusively from the surrounding neighborhood, one of the city's poorest.  As a result, an overwhelming majority of its students—86 percent, according to the Department of Education—are low income.  By comparison, the city's average of low income students is 71 percent.

Despite those challenges, the school's performance in a variety of metrics monitored by the city is strong, although its test scores are just below average.

Each day at the school begins with a school-wide assembly. The gathering involves a chant of self-love designed to foster a positive attitude. "I love my skin," the call and response begins, led by a teacher, and repeated by students.

"As long as this song is with you," said eighth grader Tahlik Barclay in an interview, "it really can help the struggles that you have."

All students, teachers and faculty also greet one another throughout the day with a simple, one-word salutation: "Peace."

When asked why the school had adopted practices like the daily chant and the peace greeting, Id-din said it was part of the school's central mission.

"Our school is Ember Charter School for Mindful Education," he reminded.  "So part of the mindfulness practice is trying to develop the skill of abiding, of being patient with yourself, being patient to figure out the problem," said Id-din.  "And it's really hard to develop a sense of patience without a sense of peace, without really nurturing it."

Schools Chancellor Richard Carranza told PIX11 News that he supports alternative schools like Ember, because they've been developed by parents and families to meet their needs.

However, he said, enough families' needs are not being met by the school system citywide.  It's one reason, he said, that he and Mayor Bill De Blasio are trying to desegregate schools.

The case of the city's specialized high schools—it's most prestigious and best resourced—represents the city's efforts to make student bodies more diverse.  Again, the specialized schools have 10 percent black and Latino enrollment, with Asian and white students making up virtually all of the rest of student population.

Under a proposal from de Blasio and Carranza, entry to the specialized high schools would be transformed from a single test to a system in which the top seven percent of all middle school students citywide would be offered admission.  The chancellor believes that the change would significantly reduce disparity at those schools, with incoming classes being about 45 percent of color.

However, said the chancellor, desegregation must be looked at on a larger scale.

"It does take bottom up, ground up, community activists having those conversations," Carranza told PIX11 News. Specifically, he was referring to instances where New York City parents and families had joined with educators to address racial disparity in their schools.

The city is made up of 32 school districts. Two of them, in the past year or so, have made concrete plans to diversify the classrooms.

In Brooklyn's District 15, covering  the neighborhoods of Park Slope, Red Hook and parts of Sunset Park, parents joined with administrators and urban planners to create a diversity program that will result in a lottery system being put in place for admission to schools. Just over half of each middle school's seats will be designated for students whose families are low income or where English is being learned at home.

Manhattan's District 3, covering the Upper West Side, Harlem and Morningside Heights, also adopted a diversity program that's designed to reflect its community.  The process sparked prominent complaints, and some pushback from the chancellor.

The changes are still progress, according to some education experts.  They add, though, that there remains a long way to go.

"We need a citywide solution, across district solution, not just picking off district by district," said David Bloomfield, an education professor at the City University of New York Graduate Center.  "So far, we have two out of 32."

The DOE has also implemented a diversity plan in District 1, covering the Lower East Side of Manhattan, but that plan was devised by educators, in coordination with families.  The other two districts' plans originated with communities.