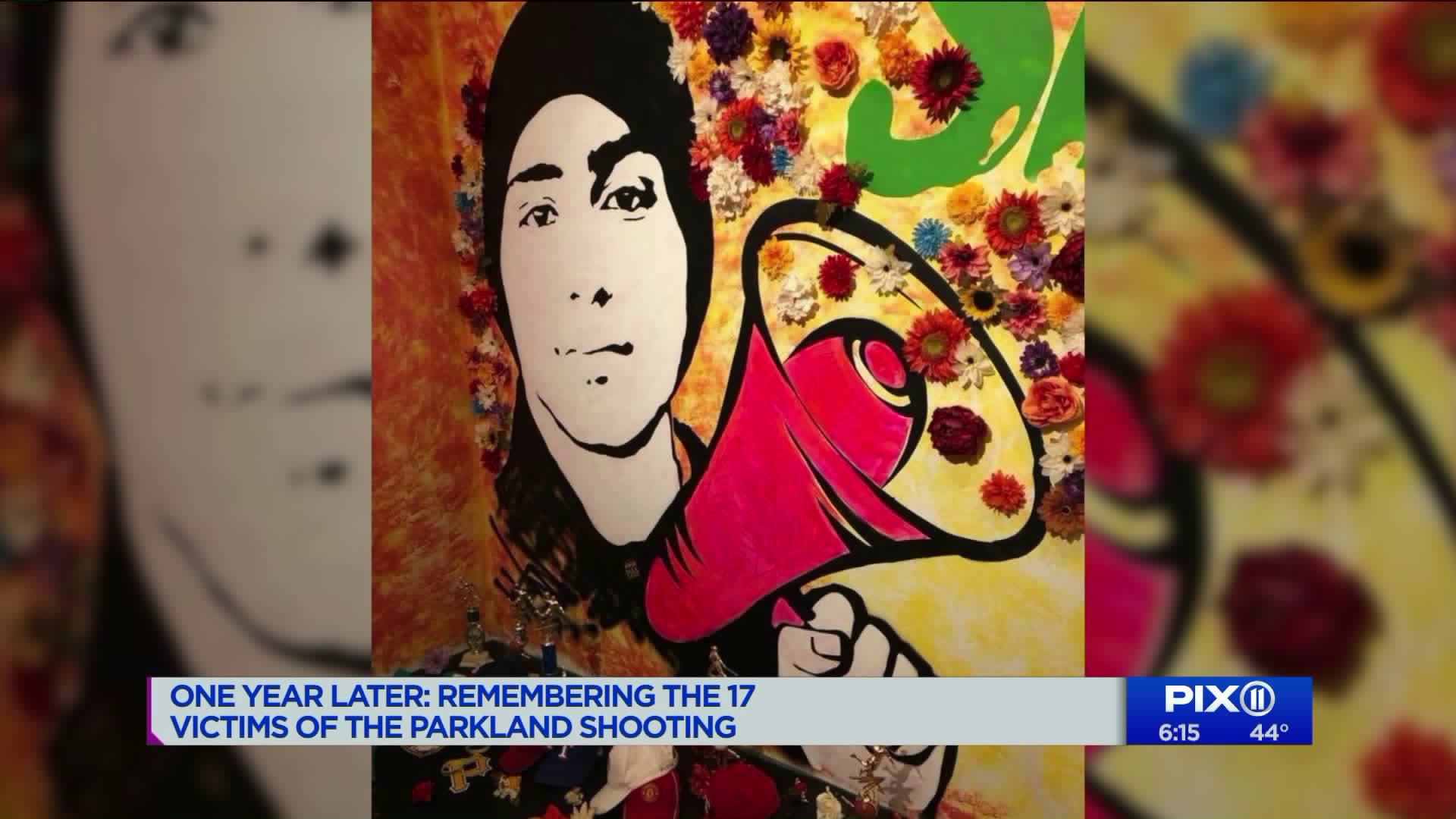 NEW YORK — It has been one year after 14 students and three school staffers were killed inside Marjorie Stoneman Douglas High School in Parkland, Florida.

One of those students: Joaquin Oliver.

In an interview with PIX11, Joaquin's parents, Manuel and Patricia Oliver remember their son. Rather than people feeling sorry for them, the Olivers want people to turn their sympathy into action and push for stronger school safety measures, universal background checks and common sense gun control legislation.

They've started a foundation called "Change the Ref" to address these issues. They are also channeling their grief through art.

The Olivers were in New York City to unveil a piece of work on the side of a midtown building, reflecting the pain of losing their son and calling to stop the violence.