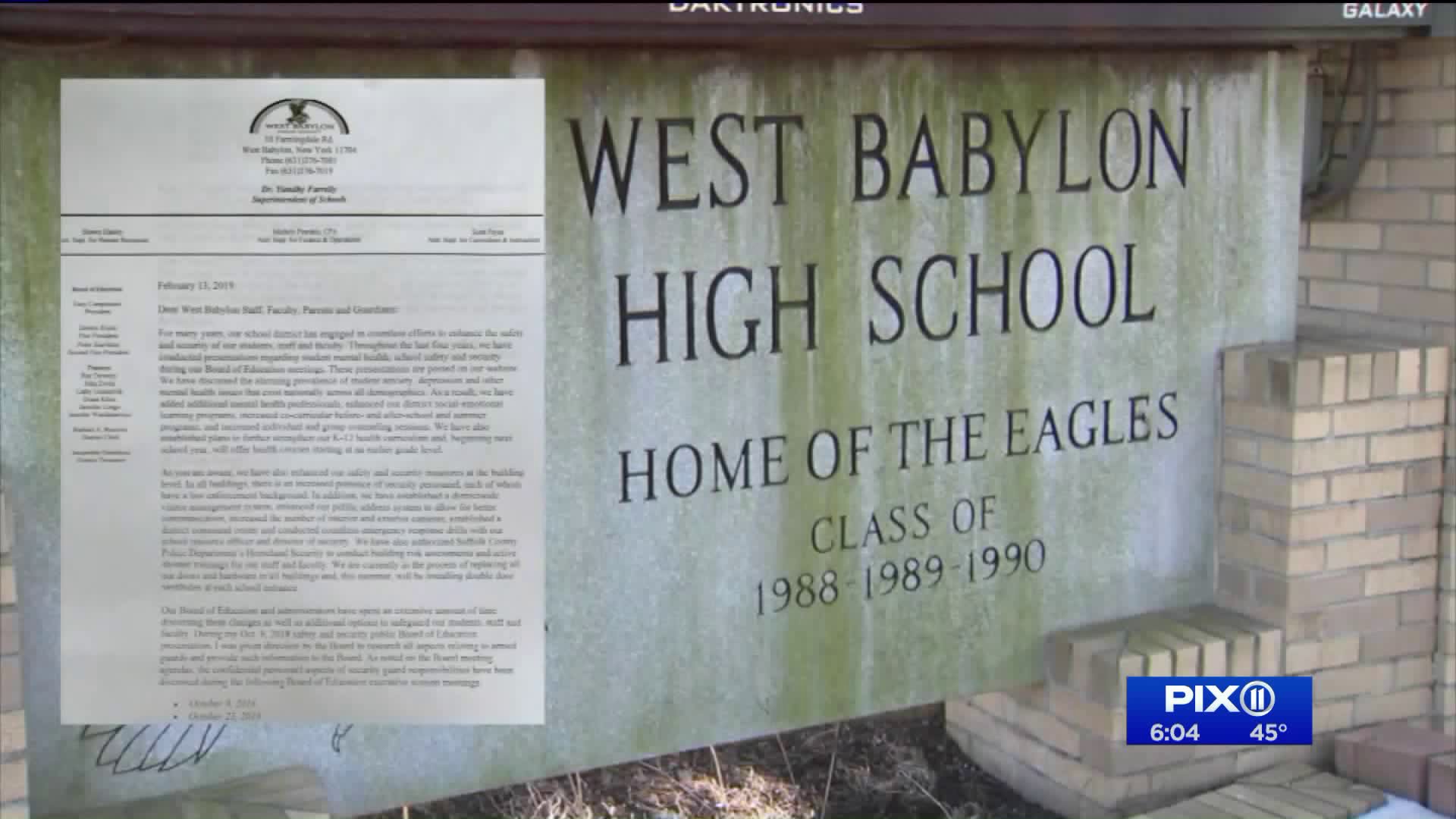 Armed security guards will be deployed in West Babylon schools starting in the fall. It`s a controversial decision. The news comes one year after 17 people were killed at a Florida school.

WEST BABYLON, LI — The West Babylon school board voted Tuesday to have armed security guards at all schools beginning this fall.

Students and parents have mixed feelings about the plan.

“Makes me feel more protected, but at the same time I feel like it’s a little unnecessary,” said Autumn Bier, a freshman at West Babylon High School.

Another student at the high school thought it would make students afraid.

"It’s gonna protect us for our good," Vecchio said.

The superintendent sent home a letter to parents Wednesday.

“I don’t know which way to go with it because if you have a child in there with a gun how do they protect the other children if you don’t have a firearm to defend, but then if you do have a gun anything can happen - suppose they drop it or what if someone steals it,” said Kathy Gisber who has children at the high school.

This controversial safety measure comes on the one-year anniversary of the mass shooting at Marjory Stoneman Douglas High School in Parkland Florida where 17 people were killed, including students and staff.

“It’s really a sad thing that we have to worry about things like this today,” said another parent.