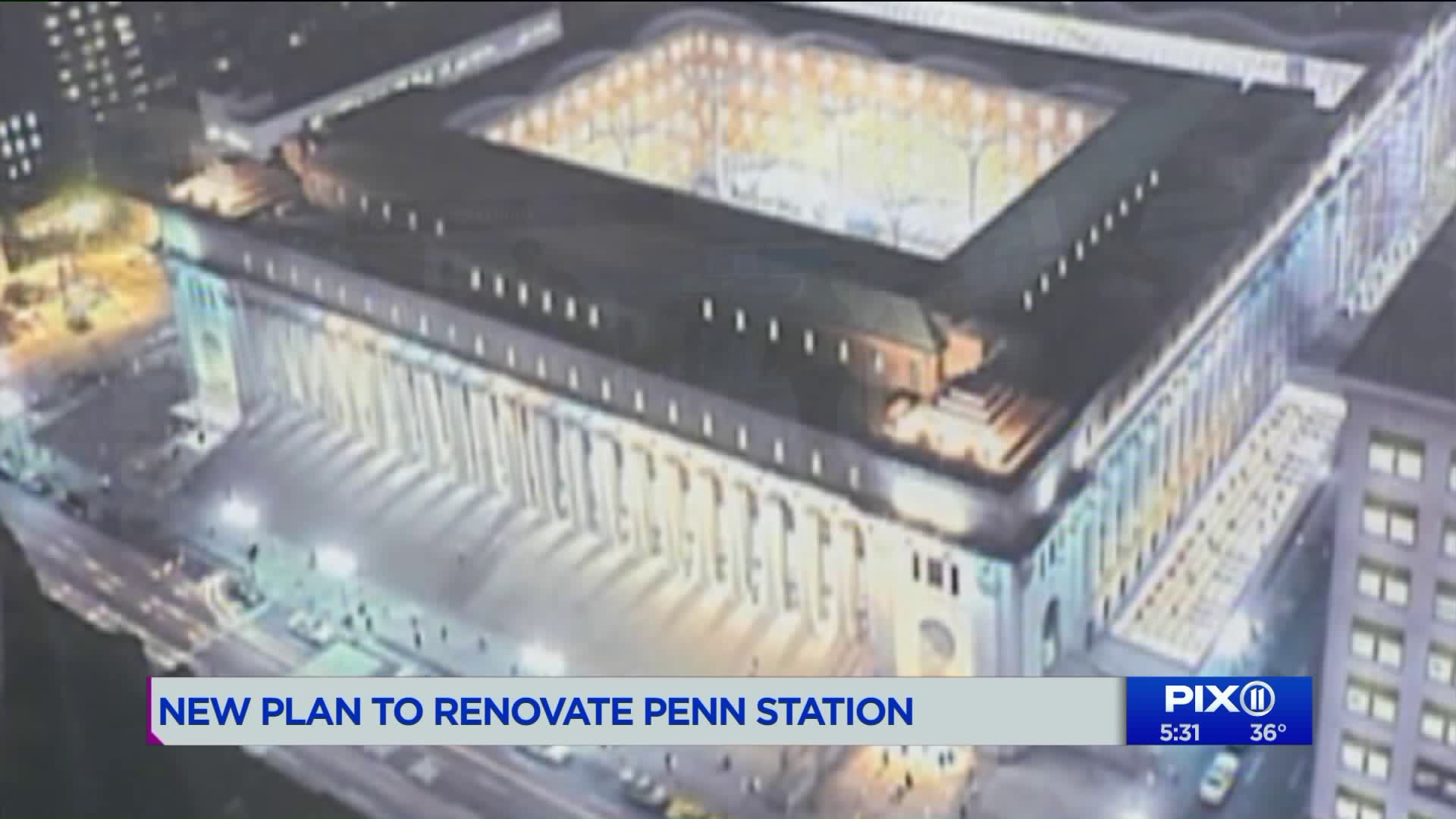 MIDTOWN, Manhattan -- It has a well-deserved reputation for being one of the worst commuter rail systems in the country for on-time performance, but on Wednesday, New Jersey Transit was declared officially on the mend by New Jersey Governor Phil Murphy and top officials with the state-run commuter railroad, and Amtrak.

Passengers on those rail systems, however, were not so easily convinced.

“It’s supposed to be a 25-minute commute,” said NJTransit customer Jennifer Madé about her daily ride from Jersey City to Newark, where she’s a graduate student at the Rutgers University campus there. “But with signal problems, delays,” and other common problems, she said, it can take “up to an hour [or] an hour and a half sometimes.”

Madé wasn’t just any commuter making a complaint. Because of her commuting issues, she’d been chosen by state officials to spell out some of her challenges getting to and from school and work, in an introduction to an official announcement by the governor.

The payments total $182 million that NJTransit has owed Amtrak for over a decade for the lease of Penn Station and its tracks, which Amtrak owns. Also, the governor said, the money will be paid forward.

“[We] will continue to make operational improvements to get trains running on time,” he declared.

However, people who rely on those trains to be on time were skeptical, “based on the last 20 to 30 years” of pledges made by the state, said Tim Grant, a native New Jerseyan who now uses NJTtransit to travel to New Jersey from his current home in New York.

“What is the next thing?” he asked, in the wake of the governor’s announcement about the repayment to Amtrak. “You get the headline, but the story's usually very different.”

The governor and Amtrak Board Chairman Anthony Coscia said that their joint commitment will result in the transformation of the space currently used in Penn Station by Amtrak once the national railroad moves its waiting room and ticket counters across 8th Avenue to the new Moynihan Station next year.

Among the renovations of the current Penn Station for NJTransit's use, according to Gov. Murphy, are "updating the ticket and waiting room, [and] improving platform access."

The proposals were met with further skepticism by passengers who spoke with PIX11 News.

"I'm a retired educator," said Linda Ariel, who'd just arrived at Penn Station from North Jersey early on Thursday afternoon, "and I keep hearing that my pension is at risk," she said, concerned that the Garden State is overextending itself financially.

"I don't know how he's going to fill all the gaps all at once," she said, referring to the governor.

He, meanwhile, said at his news conference that funding is committed to bring about greater efficiency, more reliable service, and infrastructure improvement for NJTransit over the next two years. He called it an about face for the state.

"I don't see that infrastructure was ever a priority in the Christie administration," Gov. Murphy said. "No evidence at all."

Speaking of evidence, the woman chosen to introduce Murphy at his news conference regarding his projected NJTransit changes had her own skepticism. Hers was hopeful skepticism, but skepticism nonetheless, over the possibility of the governor's proposals becoming reality.

"I think I'm a little convinced," Jennifer Madé told PIX11 News. "But I need to see some action."