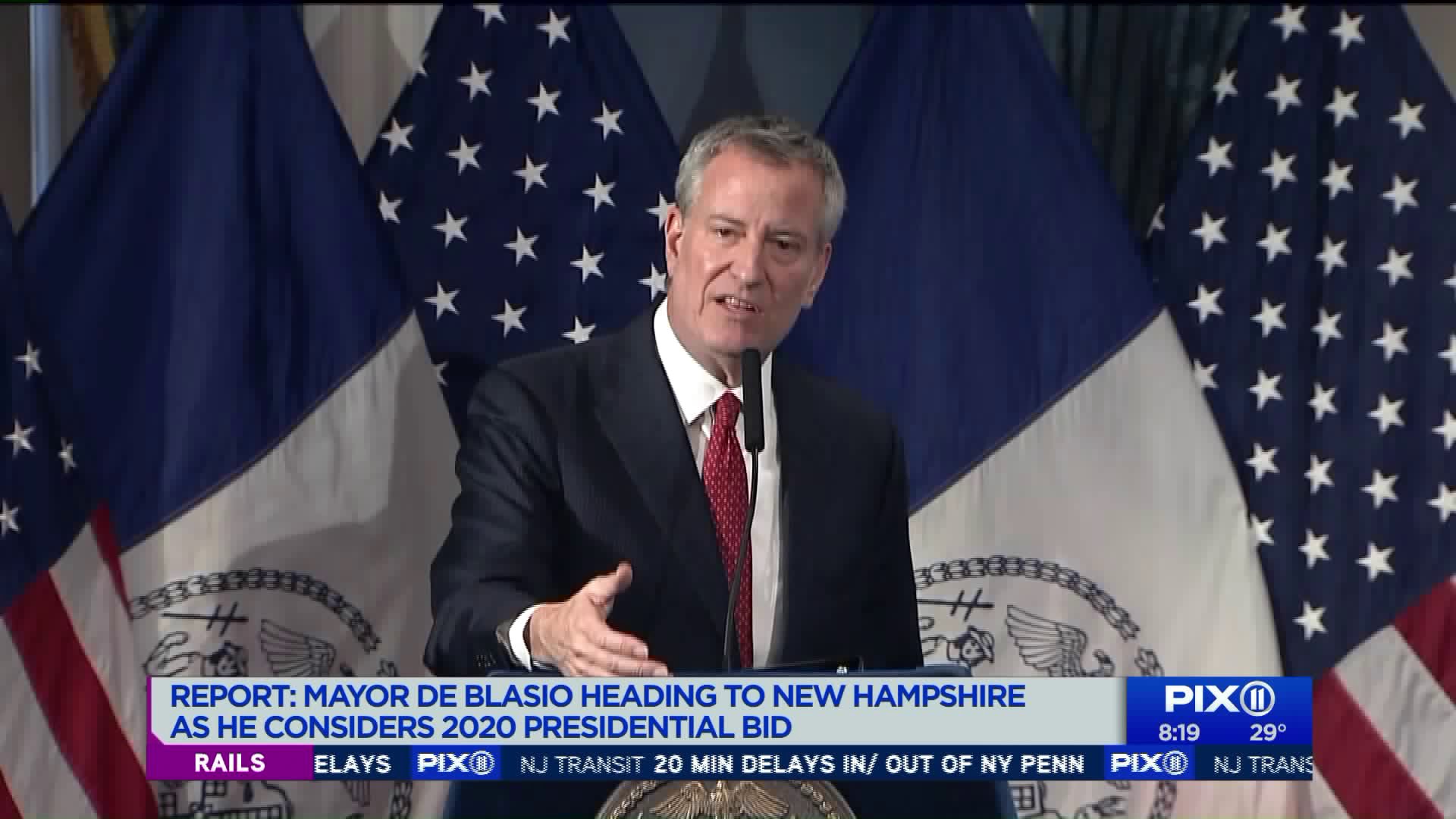 Bill de Blasio will travel to early-voting New Hampshire on Friday, an aide to the Democratic New York mayor tells CNN, as he considers running for president in 2020.

NEW YORK — Bill de Blasio will travel to early-voting New Hampshire on Friday, an aide to the Democratic New York mayor tells CNN, as he considers running for president in 2020.

De Blasio, after speaking at Harvard College's Kennedy School on Thursday, will travel to Nashua, New Hampshire, to meet with Mayor Jim Donchess. He will later travel to Concord, New Hampshire, where he will meet with Rights & Democracy New Hampshire, a grass-roots organizing group that looks to fight money in politics.

"He wants to make sure ideas like Pre-K for All, paid personal time, and mental health are on the table as Democrats debate the party's vision for the future," de Blasio communications director Mike Casca said in a text message on Monday night. Casca previously worked as an aide on Bernie Sanders' 2016 presidential primary campaign.

The trip, which was first reported by Politico, will stoke 2020 speculation around de Blasio's presidential aspirations, something he has been talking about with aides and people close to him, the adviser said.

A former aide told CNN that de Blasio is seriously considering a run, a fact he's not hidden from the wider world, adding: "He's got a true progressive record of results, but the personality conflicts (he's had with the New York press) will really hang over any possible run."

Another New York-based operative also described the deliberations as serious and said the expectation is that de Blasio will decide to join the race.

De Blasio has responded to questions about the presidency by saying he is "focused on the job" he has, but in an interview with CNN earlier this year, the mayor said he wasn't closing the door.

"I never rule things out because you never know what life brings," de Blasio said. "But I'm focused on the work I'm doing now and getting this message out."

De Blasio wouldn't be the only New Yorker if he gets in the race. Sen. Kirsten Gillibrand announced her presidential campaign earlier this year, and former New York Mayor Michael Bloomberg is seriously considering a run.

De Blasio traveled to South Carolina, a key state in the Democratic primary, in September for a three-day gathering of the US Conference of Mayors. His last trip to Iowa was in December 2017.