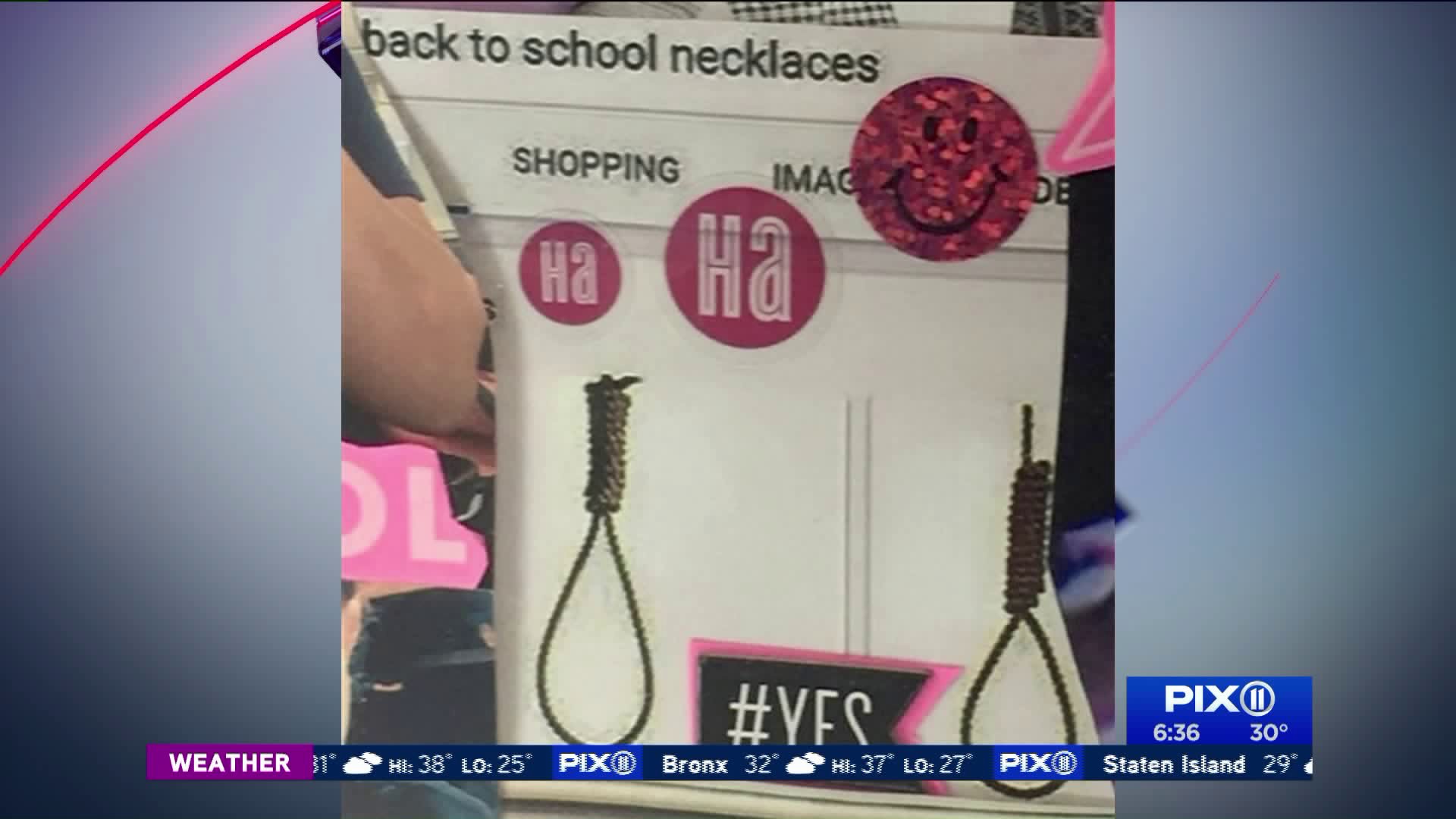 The Roosevelt school district is investigating after photos of nooses were displayed as 'back to school necklaces' in a local middle school classroom.

ROOSEVELT, L.I. — A Nassau County school district is investigating reports that a picture of nooses labeled "back to school necklaces" was displayed in a middle school classroom.

Arthur Mackey Jr., a pastor at Mount Sinai Baptist Church Cathedral in Roosevelt, said he received the image -- which is part of a larger collage reportedly displayed in a classroom -- from a teacher in the school system. He posted it on Facebook and called on the school district to take action.

"When I heard about it I said that this is outrageous," Mackey told CNN. "The majority of students are minority students, African-American and Hispanic. For the image to be on the wall ... is totally unacceptable."

In a statement, the Roosevelt School District said it is aware of the "inappropriate conduct" and investigating. The school district said it is unable to comment further, calling the incident a "personnel matter."

"The Board of Education has zero tolerance for the display of racially offensive images," the district's statement said.

CNN has not confirmed who sent the photo to Mackey, who created and put up the poster nor how long it had been on display.

Mackey says it is a "hate crime and racial discrimination," for which those responsible should be punished.

More than half of the middle school's population is Hispanic or Latino; about 45 percent is black or African American, according to the New York State Education Department.

Many people in the community are employed by schools in the district, Mackey said.

The district "cannot condone racism," he said. "We have a great school superintendent, school board president and school board and we all believe in our hearts they are going to do the right thing."

Hempstead Town Supervisor Laura Gillen released a statement saying: "Teachers should be held to a higher standard… A clear message needs to be sent that there is simply no place in our schools and in our society for this type of racist, hateful and insensitive imagery.”

Mackey said as soon as he began spreading the word, he received an overwhelming response from fellow community members who wanted action taken against whomever put up the poster.