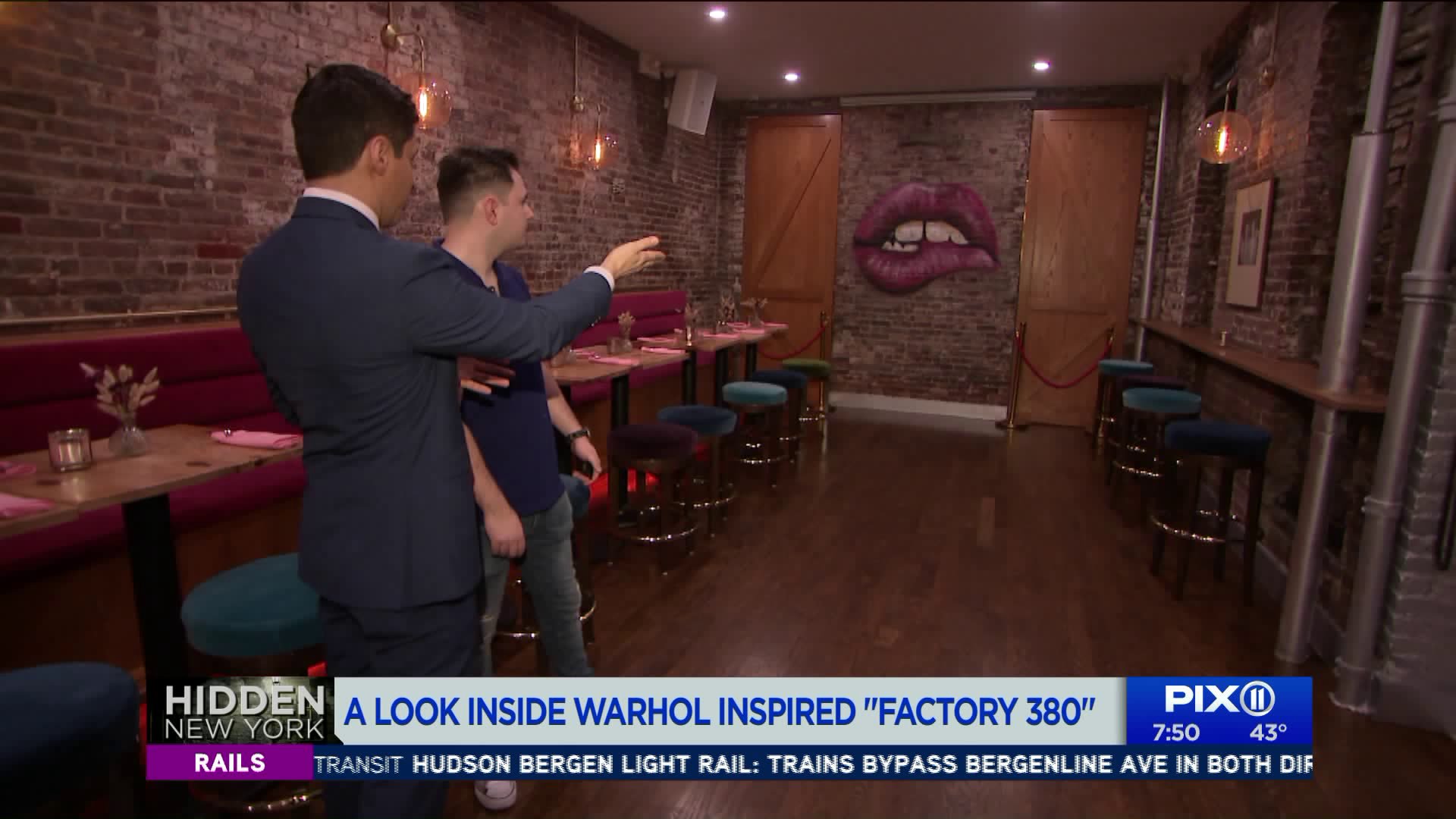 KIPS BAY, Manhattan — Walk into Factory 380 on Third Ave and you’ll be going back in time to the 70’s with a restaurant concept inspired by Andy Warhol.

Back in the day, Warhol had three different art studios. He called them “The Factory,” where he churned out his silkscreens.

He and his partner Scott Connolly are big fans.

The two men dreamed of creating a place like this years ago when they were friends back in Dublin.

The Warhol effect is subtle. “We have slight touches like the pictures on the wall, the bathroom wallpaper and the hallway wallpaper,” Fanning said.

The pictures are of Warhol and his friends like John Lennon and Jack Nicholson, and Warhol’s muse, Edie Sedgwick.

You’ll have to work a little harder to see more of Edie, but it’s all in good fun.

If you’re wondering what’s behind the huge lips painted on the back wall, you’ll have to ask.

“We tell them the secret’s behind the lips,” explains Fanning.

You head over to the old-fashioned telephone hanging on the wall and ask to see the secret Edie space.

The secret Edie room is like heading into a smaller Studio 54.

The food by executive chef Javier Alvarez, is delicious and Connor Myers, their beverage guru, designed some super creative cocktails.