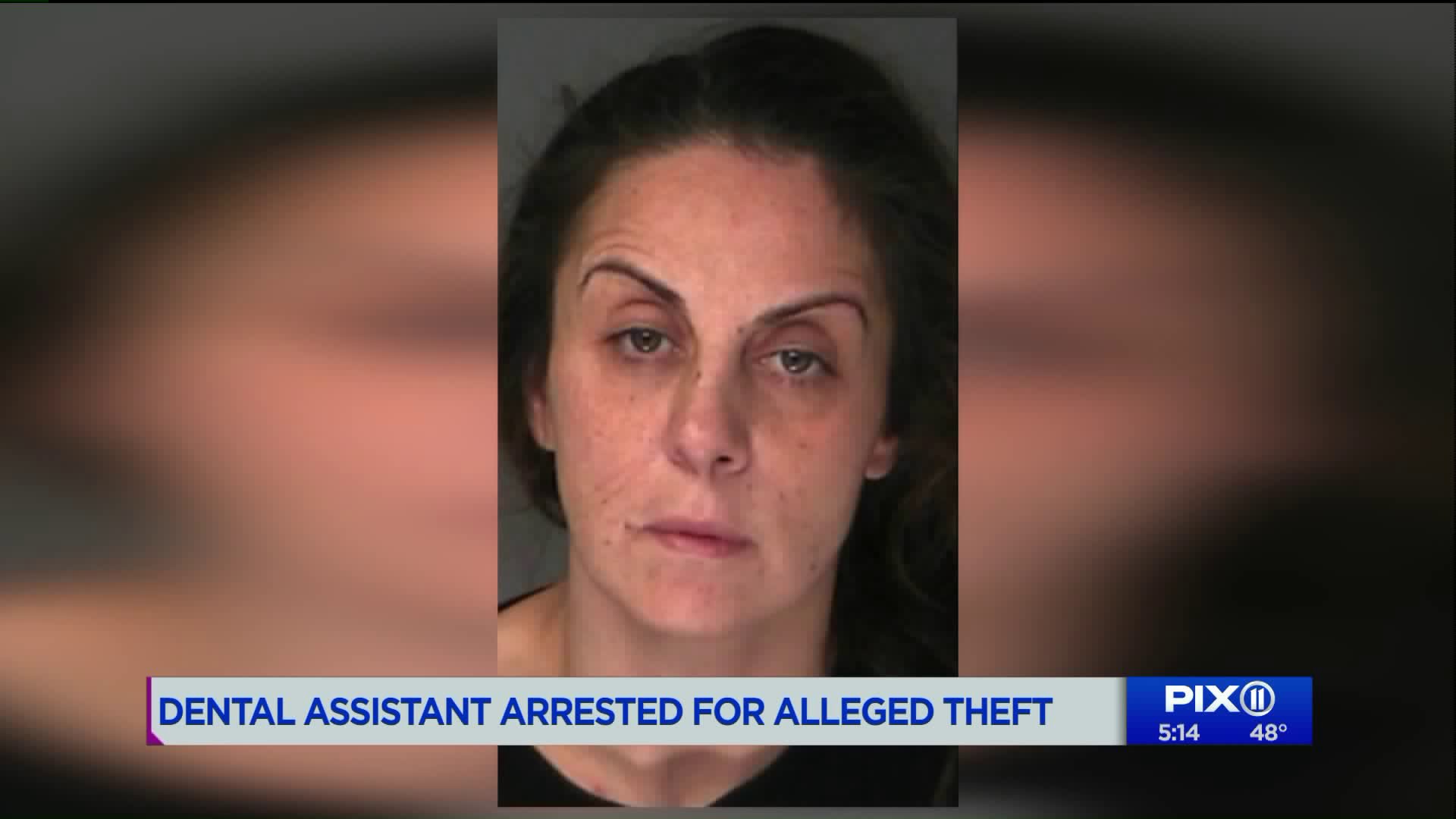 Arieta Gouvakis, a dental assistant at the Long Island Implant and Cosmetic Dentistry in Long Island, allegedly removed jewelry from patients who were treated at the office under her care, police said.

Arieta Gouvakis, 38, was arrested Feb. 8, 2019 after she allegedly stole jewelry from patients under her care at a dentist office.

ROCKY POINT, N.Y. — A dental assistant on Long Island was arrested after she allegedly stole jewelry from patients under her care.

Gouvakis, a dental assistant to Dr. Elliot Koschitzki at the Long Island Implant and Cosmetic Dentistry, removed jewelry from two patients who were treated at the office under her care on Jan. 31 and Feb. 1, according to police.

Neither patient realized their jewelry was missing until after they left the office, police said.

PIX11's Magee Hickey spoke exclusively to one of the patients, 61-year-old Kim Gatto, who said she just lived through the second worst week of her life.

The Smithtown woman was having dental surgery when Suffolk county police say Gouvakis, who was giving her nitrous oxide, allegedly stole her husband’s wedding band.

Gatto had been wearing it around her neck ever since he passed away from cancer a year and a half ago, the worst week of her life.

“Complete Heartbreak,” Gatto told PIX11 News, “It felt like my husband was being taken away from me again. She was going after this cross .. she wasn’t going after my husband’s ring."

But Gatto says this $15,000 diamond encrusted cross she was also wearing around her neck was too difficult to remove.

“Although she was using laughing gas, this is no laughing matter,” Stewart Cameron, Suffolk County Police Chief of Detectives, said at a news conference.

Gouvakis had worked at the Long Island implant and dentistry in Rocky Point for just three weeks.

“We’re pretty appalled,” Dr. Nick Augenbaum, owner, Long Island Implant and Cosmetic Dentistry. “As soon as the patient told us what happened, we contacted police and began an investigation."

Besides Gatto’s husband’s stolen wedding ring, Gouvakis allegedly stole a chain from a patient in a wheelchair.

The stolen jewelry was recovered from local pawnshops, cops said.

Kim Gatto’s niece says there must be tighter regulations for dental assistants and hygienists.

Police said Gouvakis had a history of drug arrests. She’ll be back in court February 11 after her court-appointed lawyer asked for a mental health evaluation.

The dental office is cooperating with the investigation.