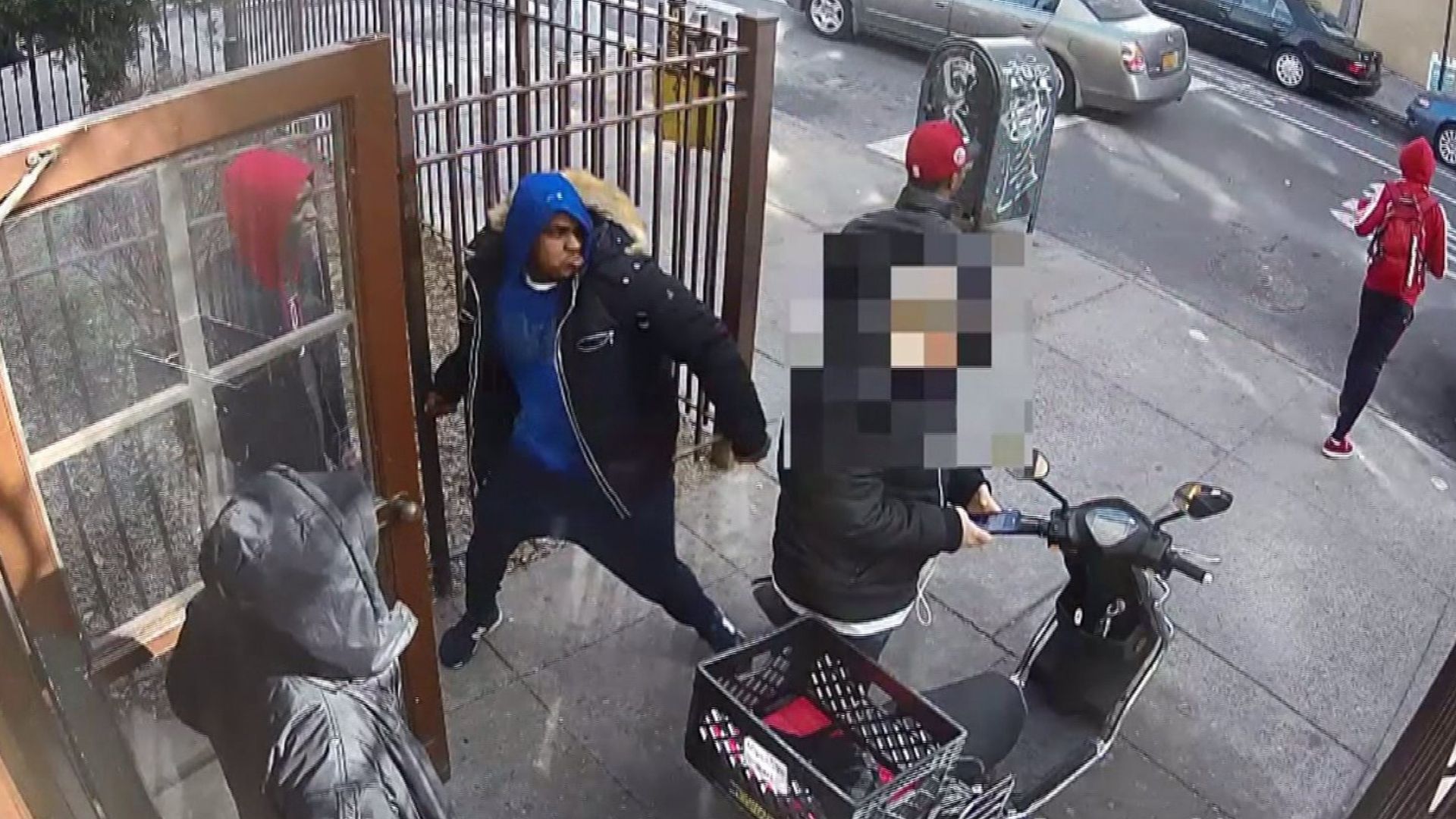 Police are looking for a group of five people in connection with a Bronx assault and robbery. The NYPD says the five people in released footage stole a man`s electronic bike and cell phone after one of them punched him in the head outside his home.

BRONX  — Police are looking for five individuals in connection to an assault and robbery in the Bronx on Wednesday.

One of the people in question punched a 47-year-old man in the head around 11 a.m. Wednesday morning. When the victim fled the scene, the group proceeded to take his electronic bike and cell phone, authorities said.

The victim was in front of his home in the south Bronx when the individuals were exiting the building, surveillance footage released by the NYPD shows.

Police have released the above footage of the incident, hoping the public can help them identify the individuals in question.