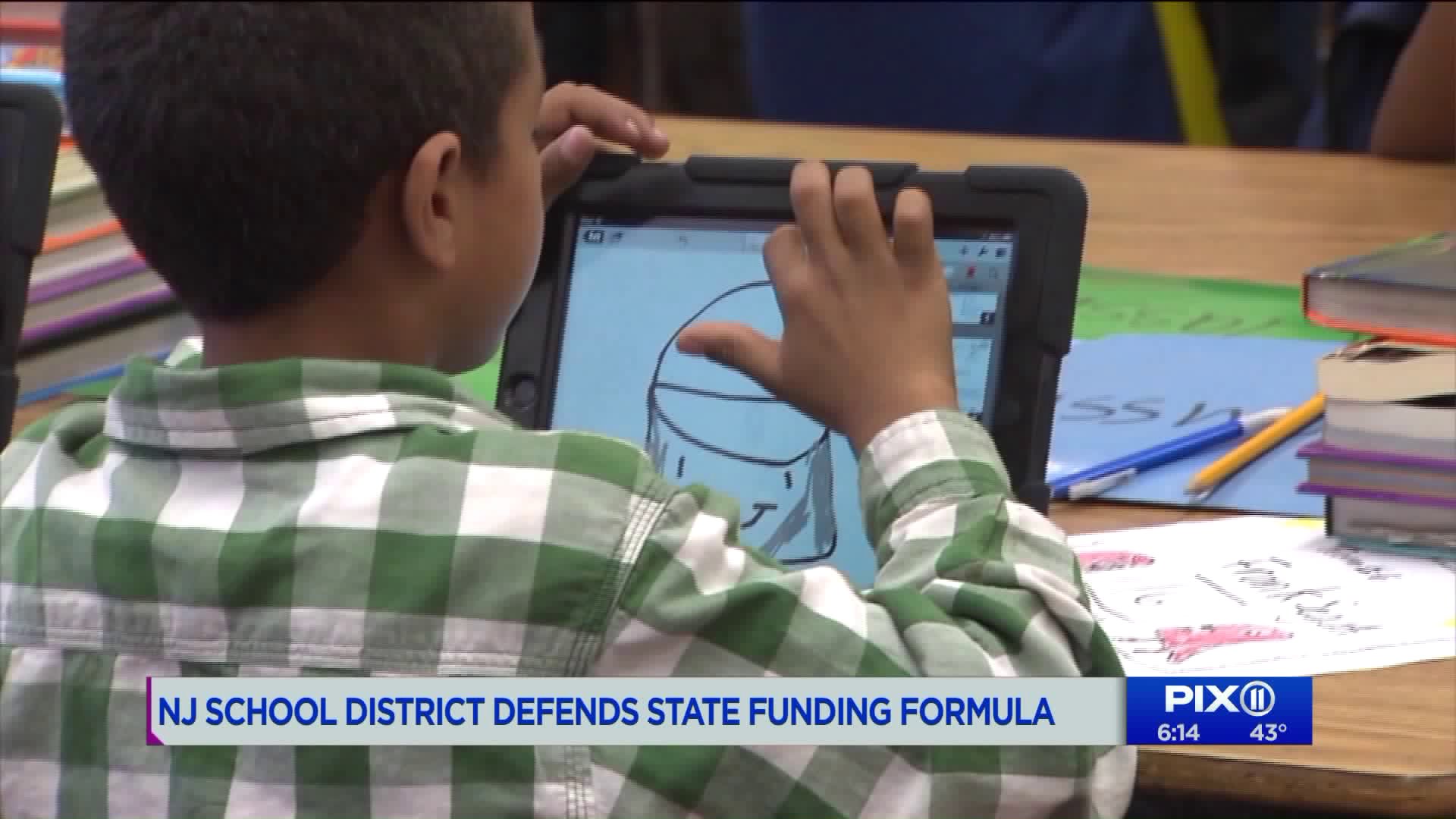 After the state of New Jersey changed it`s school funding formula, PIX11 has been hearing from parents and educators about the pains and gains they are feeling locally.

MANVILLE, N.J. -- After the state of New Jersey changed it's school funding formula, PIX11 has been hearing from parents and educators about the pains and gains they are feeling locally.

This week, parents and educators in Manville are speaking out to defend the state's formula, which has slowed their schools' downward financial spiral.

"It's tough when you have a high school that you have a bathroom you can’t afford to repair, so you close it" said Manville School Board President Heidi Zangara.

Cutting school libraries and coping with overcrowded classrooms are the realities of an underfunded school district.

"Kids love going to the library and we didn’t have that opportunity," said Tina Riga, a mom of 3. "It just stopped. We had to use it for classrooms."

Manville raised taxes raised as high as legally allowed and dropped their per pupil spending lower than almost any other district in the state. But it wasn't enough.

"We had a $10 million dollar gap, which was about $6,500 per student," said Manville Schools Superintendent Robert Beers.

"Our people are over-taxed, our schools are under-funded and we are really in a conundrum," said Beers. "And it's really our kids and faculty and the people in town who suffer."

In 2018, New Jersey Governor Phil Murphy signed a law to change that.

Murphy's office has called this: "...the beginning of a process that over the next six years will ensure that public school districts throughout New Jersey receive school aid based on objective criteria.”

But some districts that have seen cuts are now taking the State to court, suing in the hopes of reinstating their funding.

Parents in Old Bridge - where we visited last week - say the redistribution of funds will prove devastating for them, shuttering one of their elementary schools.

"That's unfortunate," said Zangara. "We don’t want any child in New Jersey to be disadvantaged, what we want is fair and I think this is a step in the right direction."