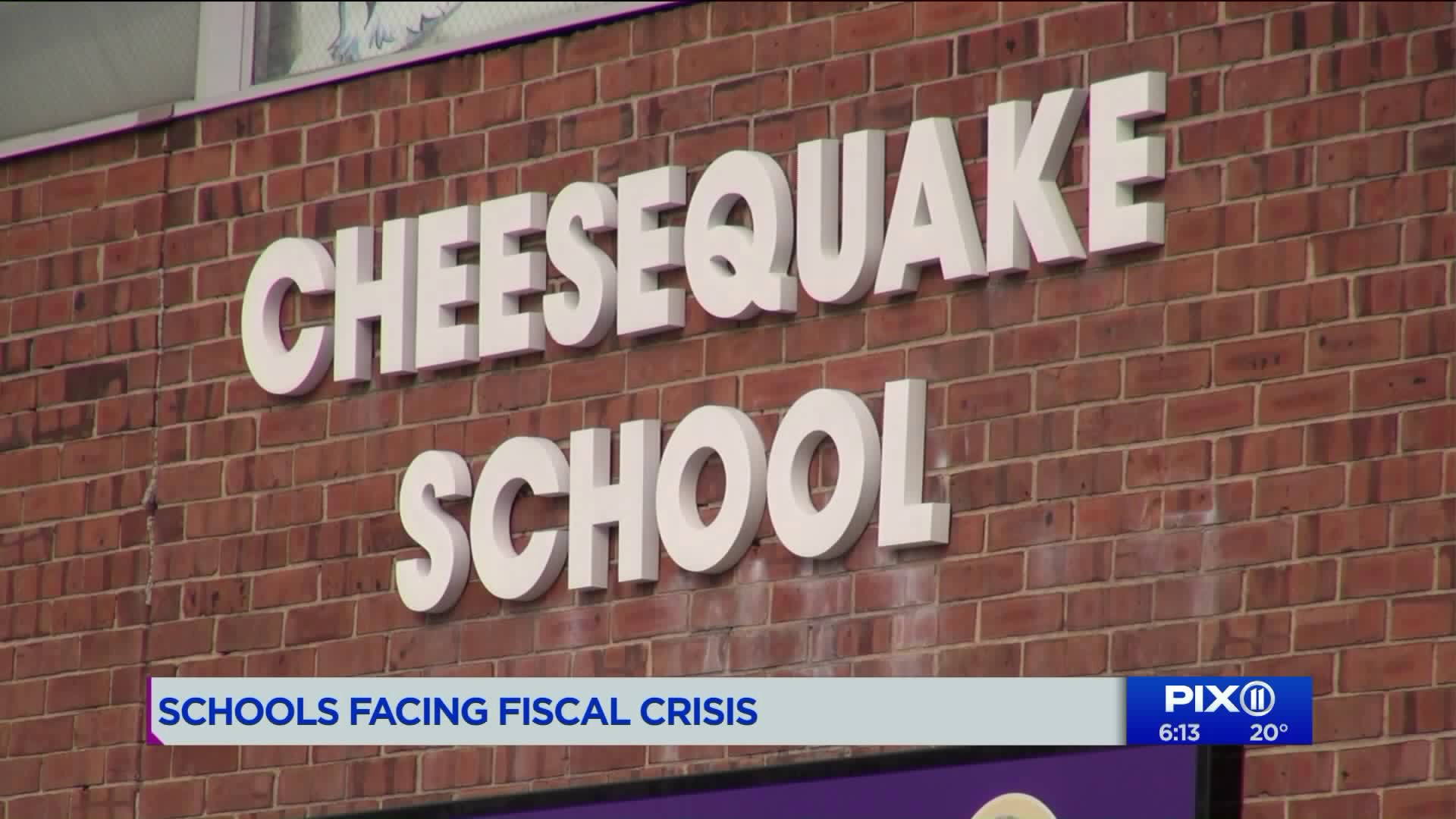 A New Jersey elementary school is on the brink of closing. Teacher layoffs and devastating cuts to extra-curricular programs may be coming to Old Bridge Public Schools. Parents and staff say the state`s new school funding formula is to blame, along with a 2% property tax cap that disables them from raising local revenues. And they`re not the only school district feeling the pinch.

OLD BRIDGE, N.J. --  A New Jersey elementary school is on the brink of closing.

Teacher layoffs and devastating cuts to extra-curricular programs may be coming to Old Bridge Public Schools. Parents and staff say the state’s new school funding formula is to blame, along with a 2 percent property tax cap that disables them from raising local revenues. And they’re not the only school district feeling the pinch.

"This is our school! A very good school. A blue ribbon school," stated mom Antonella Panetta.

Panetta and other parents showed up to an unrelated event where Governor Phil Murphy and lawmakers were meeting in Sayreville earlier this week to make their voices heard. But parents say they left frustrated, feeling ignored.

"It's devastating to us as parents," said Christine Keeling, regarding the impending school closure.

Cheesequake Elementary School currently holds 280 children, from kindergarten through 5th grade. Upon closure, they would be relocated to other schools within the district.

"We are one of many districts in the cross-hairs of something that needs to be looked at again," said Dr. Thomas Ferry, the school's principal.

Governor Phil Murphy has increased education spending overall in New Jersey, but Old Bridge is 1 of 172 districts where some state funding will be withdrawn.

"The legislation, which was agreed to by both Governor Murphy and the Legislature, is the beginning of a process that over the next six years will ensure that public school districts throughout New Jersey receive school aid based on objective criteria," stated Murphy's Deputy Press Secretary Alyana Alfaro.

The state says districts where funding is decreasing is due to declining enrollment, while districts with an increasing student base have been strained without any increase in state aid in recent years.

The Murphy administration stated today the Governor's landmark school funding legislation "set the state on the path to a fairer and more equitable educational system."

In Old Bridge, enrollment is down about 3.5 percent over the past 5 years, but district officials are anticipating state funding will be slashed by 27 percent or $12 million over the next 5 years.

"I see it as tremendously unfair," said Ferry. "I understand the original logic behind the state funding formula. The dollars from state aid should follow the students, so if they’re giving a little more to districts that had an increase, that makes sense. But I can’t imagine that they envisioned these kinds of devastating impacts."

"I want to know why our budget was cut so much?" questioned Panetta. "Why? We need answers."

Old Bridge School District officials say that within the next three years, the district may have to cut sports, after-school activities, art and music programs.

"It’s heartbreaking," said Vincent Maggi, another parent in the district. "I think [Senate President Steve] Sweeney, Murphy should get their heads together and get the money back here where it belongs."

The superintendent of schools is urging parents to sign an online petition to lawmakers.

But the Murphy administration says Old Bridge has a deeper history of declining enrollment, losing 13 percent or over 1,200-students in the past 15 years. They say the district has received tens-of-millions annually, which they otherwise would not have if the state had adjusted it's funding formula to account for the decline in students sooner.

Parents are planning to meet on Monday night to discuss the future of Cheesequake Elementary.