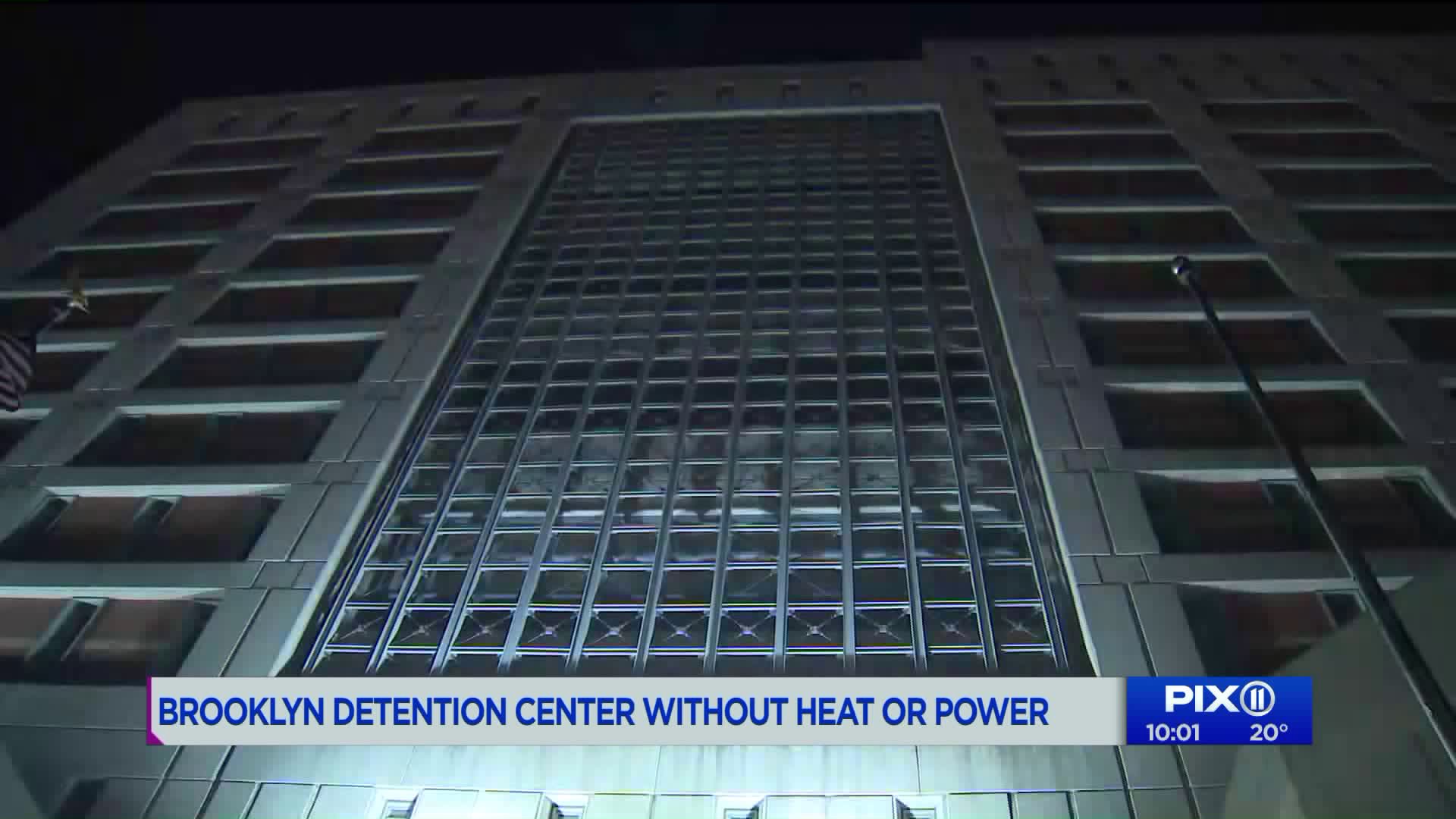 Hundreds of inmates at a federal jail in New York City have spent days in cold, dark cells amid frigid weather and without access to visitors or email, attorneys for the inmates said Friday.

NEW YORK — Hundreds of inmates at a federal jail in New York City have spent days in cold, dark cells amid frigid weather and without access to visitors or email, attorneys for the inmates said Friday.

Lawyers from the Federal Defenders office said there's been limited electricity, heat and hot water at the Metropolitan Detention Center in Brooklyn at least since there was a fire at the facility on Sunday. They said all recreational activities as well as visits from lawyers and family members have been canceled.

I am outside of the Metropolitan Detention Center where prisoners are without heat. The banging noise is them protesting for all of us to hear. They are without heat for days. This is in BROOKLYN. pic.twitter.com/h3UiVcR6VF

The lack of heat and power at the jail was first reported in The New York Times. A spokeswoman for Herman Quay, the jail's warden, told the Times in an email that the building experienced a partial power outage on Saturday, but she denied that it had affected heat and hot water in the jail's housing units. Jail officials did not respond to an email and phone call from The Associated Press. The jail's website says: "All visiting at this facility has been suspended until further notice."

The freezing prisoners at the Metropolitan detention Center in Sunset Park are banging out SOS for all of us to hear. #SunsetParkGulag pic.twitter.com/f9O8KIVAxZ

"My understanding is they're fully locked down in their dark cells," said Dierdre von Dornum, the lead federal defender in Brooklyn.

Von Dornum said clients at the jail have reported that there are no lights other than dim emergency lights in the corridors and no access to the computers that inmates use to request prescription medications and to email family members and attorneys.

Officials with the American Federation of Government Employees, the union that represents corrections officers at the jail, confirmed the lawyers' accounts of the jail conditions in interviews with the Times.

"They just stay huddled up in the bed," said June Bencebi, a case manager at the jail and the treasurer of the local chapter of the union. Union officials did not respond to request for comment from The Associated Press.

Lawyers for several inmates at the jail have filed motions asking the courts to intervene, citing health risks to clients.

A motion filed Thursday in Brooklyn federal court on behalf of inmate Dino Sanchez by the Federal Defenders says that Sanchez, who suffers from asthma, "has been left to freeze in his short-sleeved jumpsuit in the dark." The court papers say that jail officials have taken no steps to provide Sanchez with "an oxygen mask, clothing, blankets, or access to a habitable location that will mitigate his health risks."

A hearing has been scheduled for Tuesday in the case of another inmate, Jose Segura-Genao, after his lawyer Ezra Spilke asked a judge in Manhattan federal court for a conference to address "inhumane conditions" at the jail.

Inmates' only access to the outside world has been a dedicated phone link to the Federal Defenders, several lawyers said, so inmates who are represented by other attorneys have been unable to contact them. Spilke said his only information about clients at the detention facility, including Seguro-Genao, has been second- or third-hand.

"I need to find out what's going on with my clients," Spilke said. "They've basically been incommunicado from their attorneys since the 27th, which is when the electrical fire happened."

Spilke said Segura-Genao has no warm blanket or money in his commissary account to buy a sweatshirt or thermal underwear.

"The last time I saw him he didn't even have socks," Spilke said.